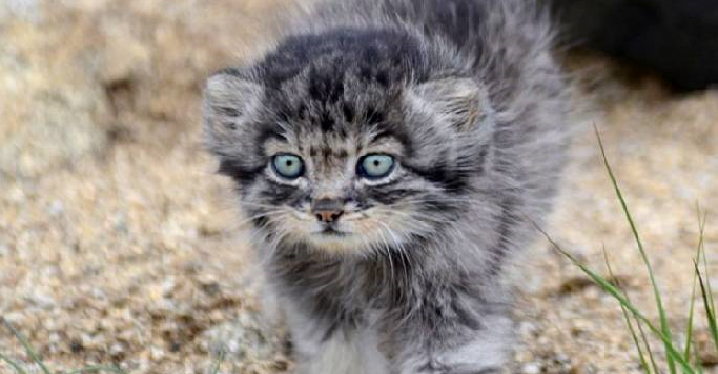 Wild animals should live in nature. But it happens that the fate of their children is completely in the hands of a person. So it happened with the little kitten manula. His mother made a nest in a very unfortunate place — in an abandoned iron wagon. And when the wagon began to be towed for repairs, she just got scared and ran into the woods. And the kitten was left alone.

After the fluffy find was discovered, Vadim and Olga took him to themselves. 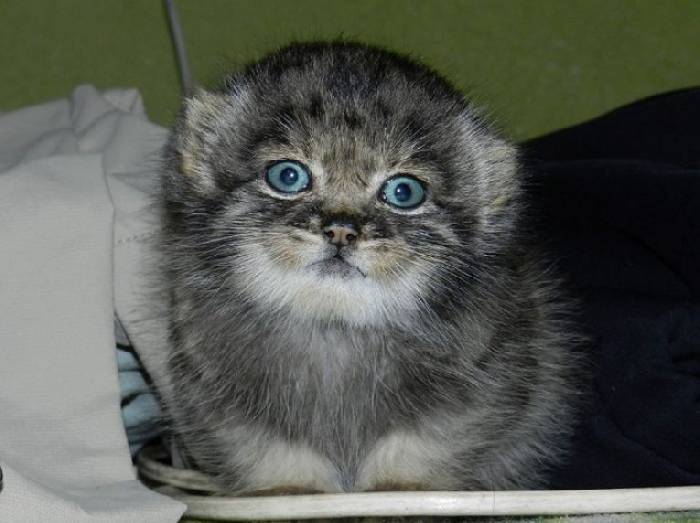 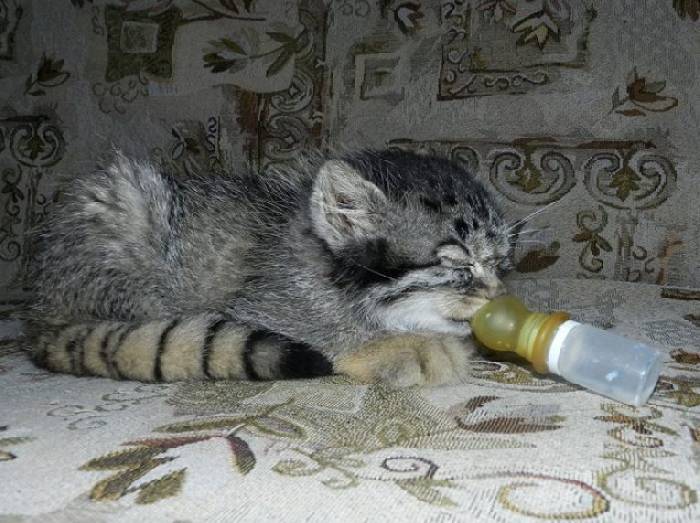 And over time, Dasha independently learned to drink from a baby’s nipple. After eating, a mandatory procedure is a tummy massage (this is what cat mothers do to their children).

Dasha sleeps in an improvised hole made of a cardboard box. When the kitty got stronger, they began to feed her with a special mixture. And at 1.5 months, she had already tasted meat. 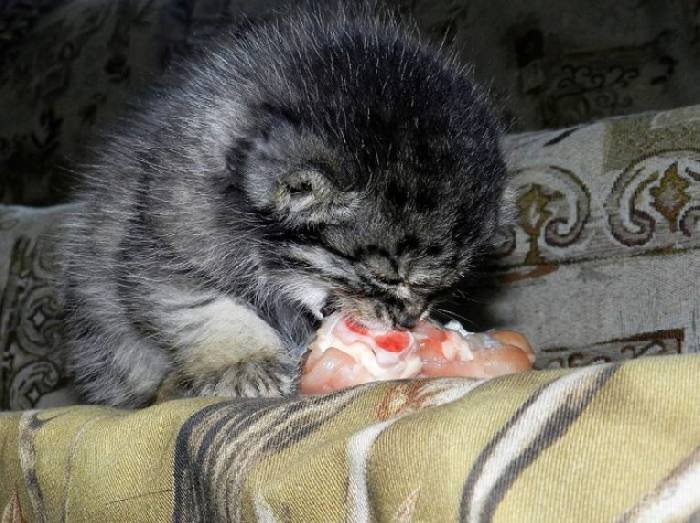 By the way, at 1.5 months, the kitten’s eye color completely changed from blue to yellow, and the expression of the muzzle became more severe.

By the way, at 1.5 months, the kitten’s eye color completely changed from blue to yellow, and the expression of the muzzle became more severe.

After a few months, Dasha began to come out of her nest into nature. At first she was afraid and immediately returned to the feet of her “foster parents”, but gradually got used to it. 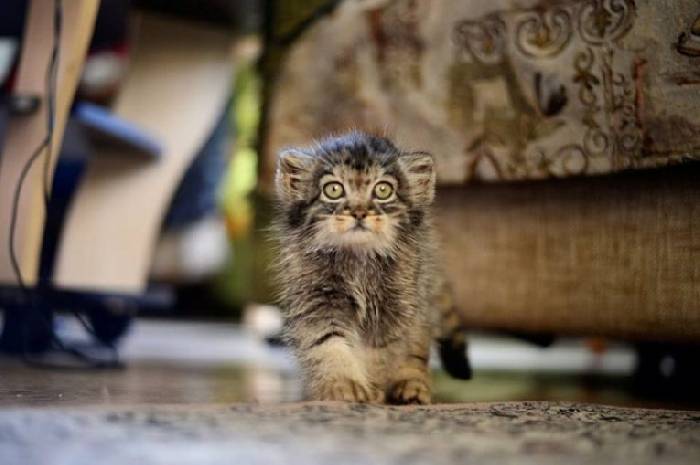 In addition to Manul , three cats still live in the house . At first, the friendship between domestic and wild animals did not develop in any way. Cats hissed at Dashka all the time. 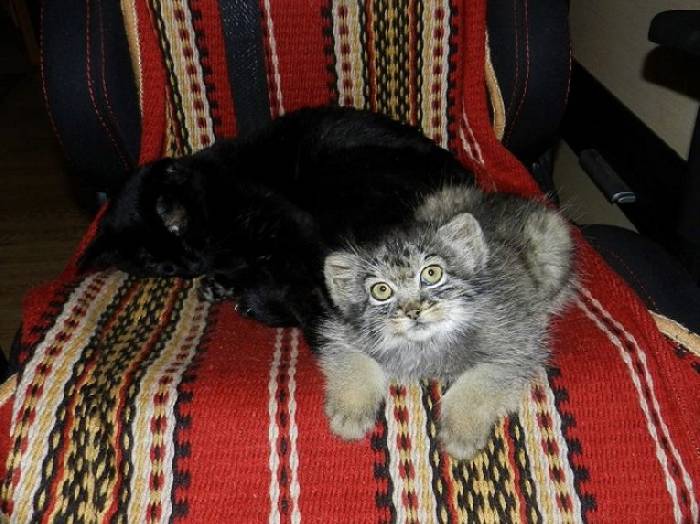 Manul grew up very wayward. Dasha accepted affection only from the “foster mother”.

And yet she was a wildcat. Growing up, she increasingly lived on her own. She began to sleep separately from her “parents”. “You wake up in the morning, and Dasha is already sitting quietly on the window and watching what is happening on a rural street. Both at night and early in the morning, she behaved very delicately. She tried not to wake anyone. Also, she is generally very talkative. She modestly asked for food. When she hears that the refrigerator is being opened, she runs up and scratches into it, standing on her hind legs, begging for a chicken.” Pets do the same, apparently, it’s in their blood. 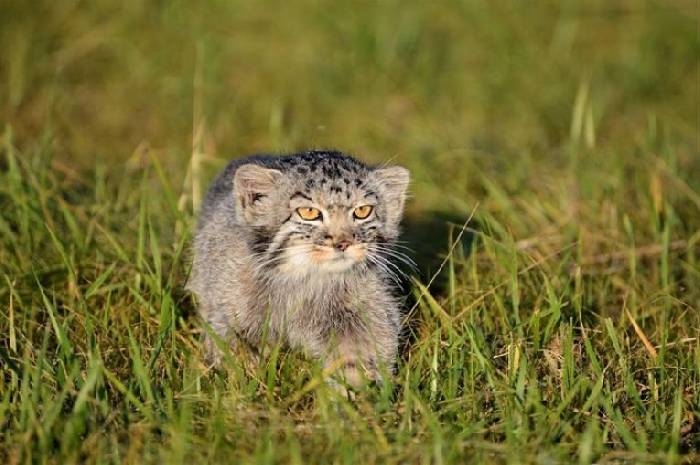 It was necessary to solve something with Dasha’s future. They did not want to give her to the zoo, as they initially planned to let her go free. It was already becoming dangerous to keep at home, too.

It was decided to take her to the reserve — the area where the manuls live. For the first time being free, Dasha ran away into the forest. But she was returned so that she would not get lost and get used to her new place.