Steve Great deserves the title – a man with a big heart. He dedicated his life to helping our smaller brothers. This volunteer has been picking up and caring for animals for several years. And he also takes into his house those who were rejected because of their age. Steve has 10 dogs, one pig, two ducks, pigeons and cats. 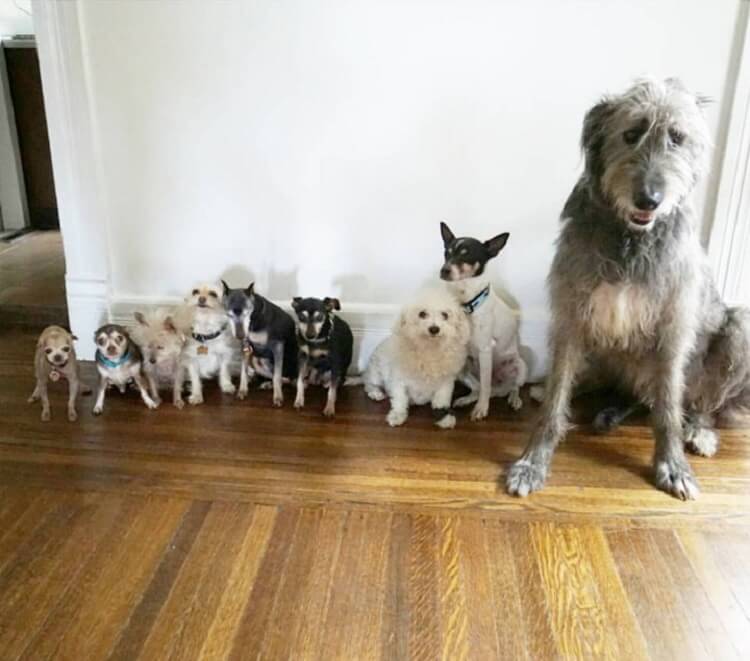 Steve’s story began with a tragedy: the man’s beloved dog died and he went to an animal shelter. There the man drew attention to an old dog. He sat with a doomed look. The owners betrayed him. They decided he was too old. And others also did not want to take it because of their age. 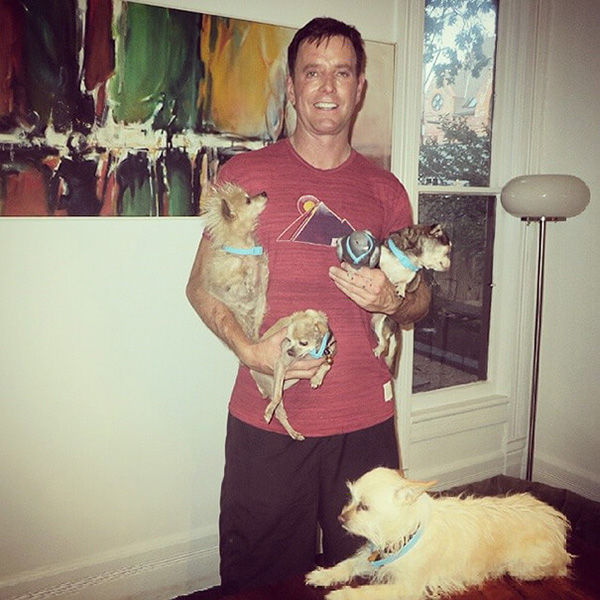 Steve couldn’t pass by and took the dog to himself. He decided that the dog, who devoted his whole life to people, deserves a good old age, a warm home, a soft bed, delicious food and love! So an altruistic accountant got a chihuahua 12 years old. 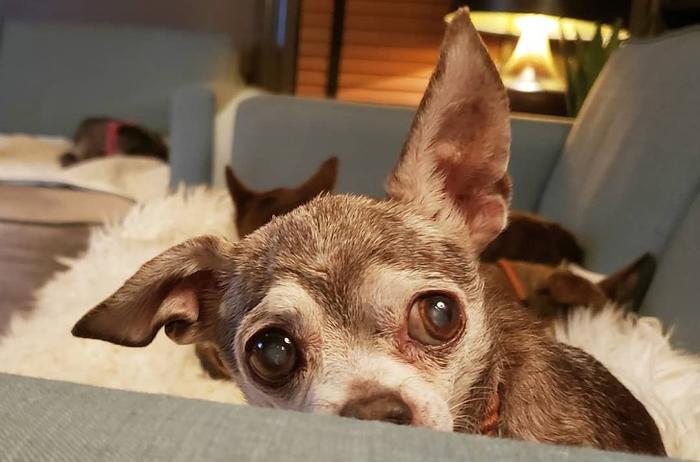 “I took him home — a dog with heart murmurs and sore joints, who was no longer needed by anyone. And it turned out to be just the beginning.” 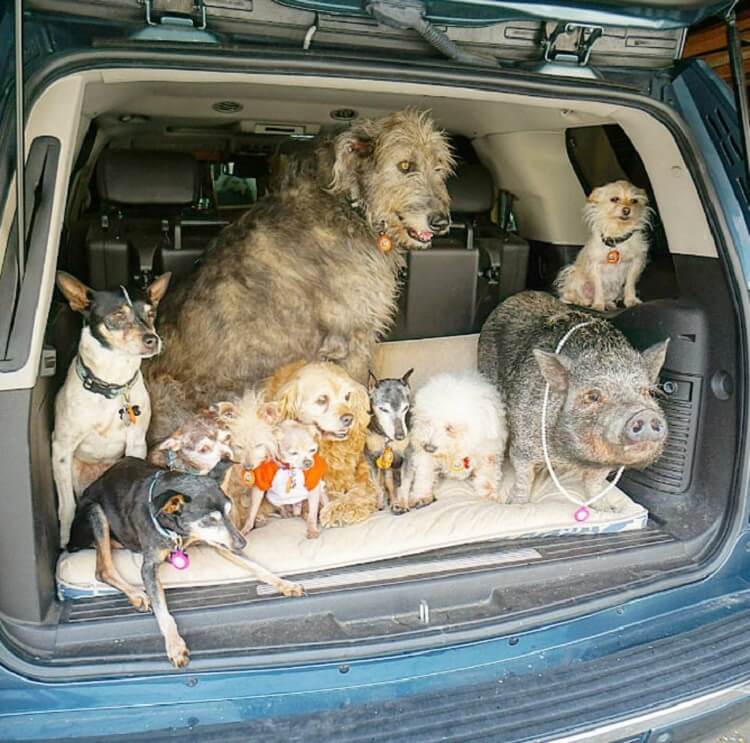 Since that day, the man has been thinking a lot about how many such old dogs nobody needs. Then he turned his house into a shelter for abandoned animals. In addition to dogs, he took to himself a pig, unneeded by the owners, named Bikini and Ellie pigeon, chicken and turkey, rabbits. 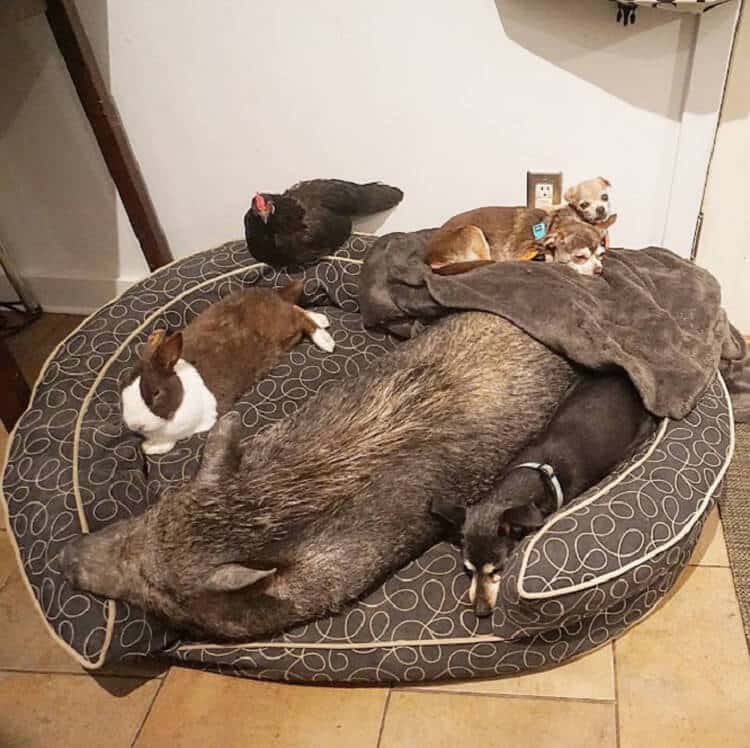 The man also found shelter for several pets with disabilities. 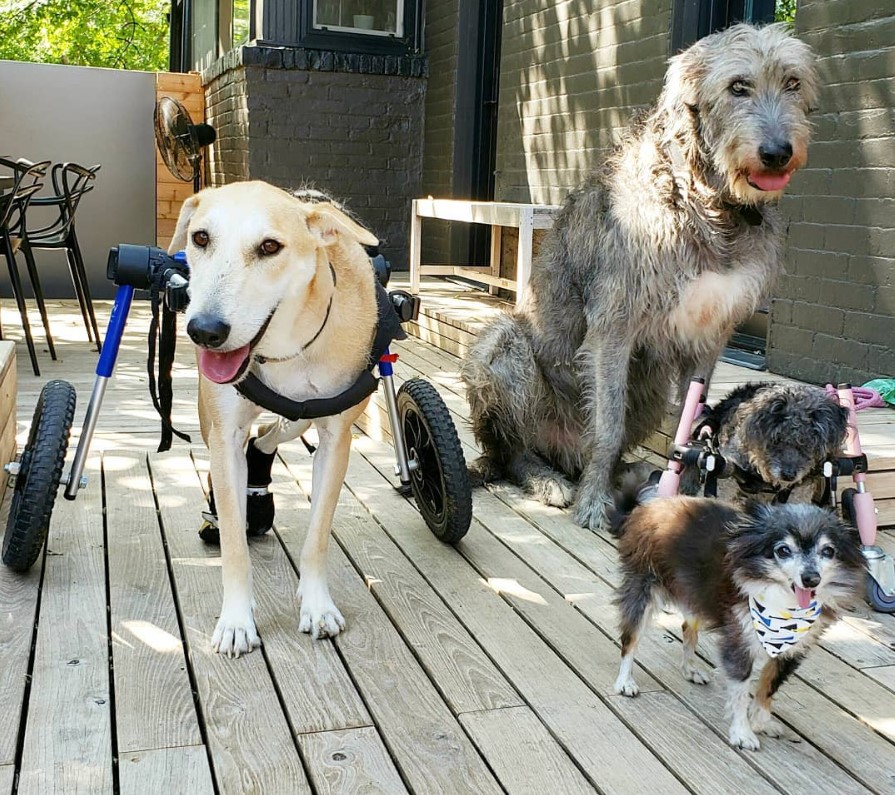 Steve’s day starts at 5 a.m. Everyone needs to be fed with special food, because all pets require good care. All pets are already aged. They do not play pranks, do not play active games and like to take a nap.

Every day Steve walks all the pets. He carries old dogs in a special wheelbarrow. 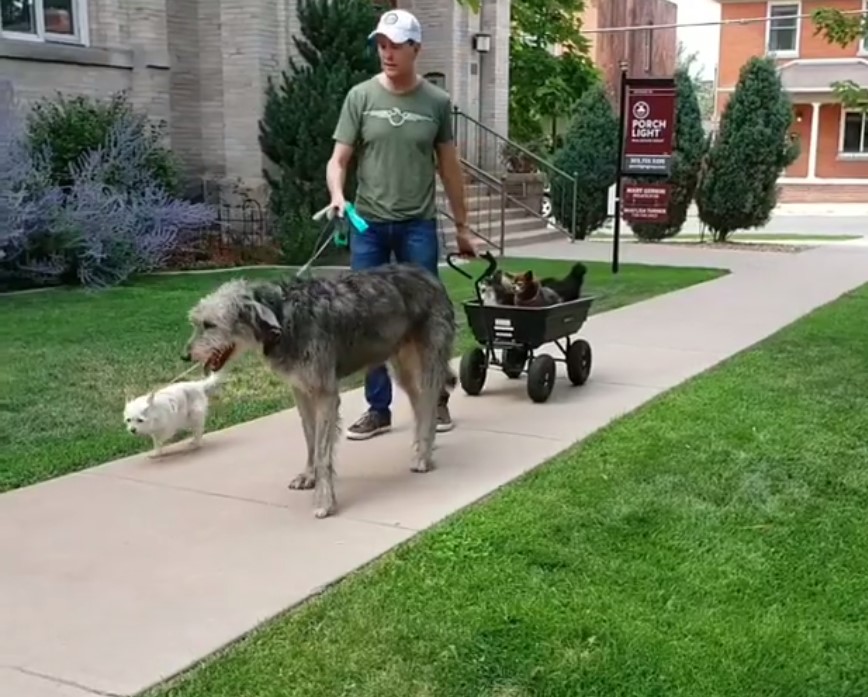 In this house, every pet will meet old age in love and care. Steve’s act inspires us to help animals. 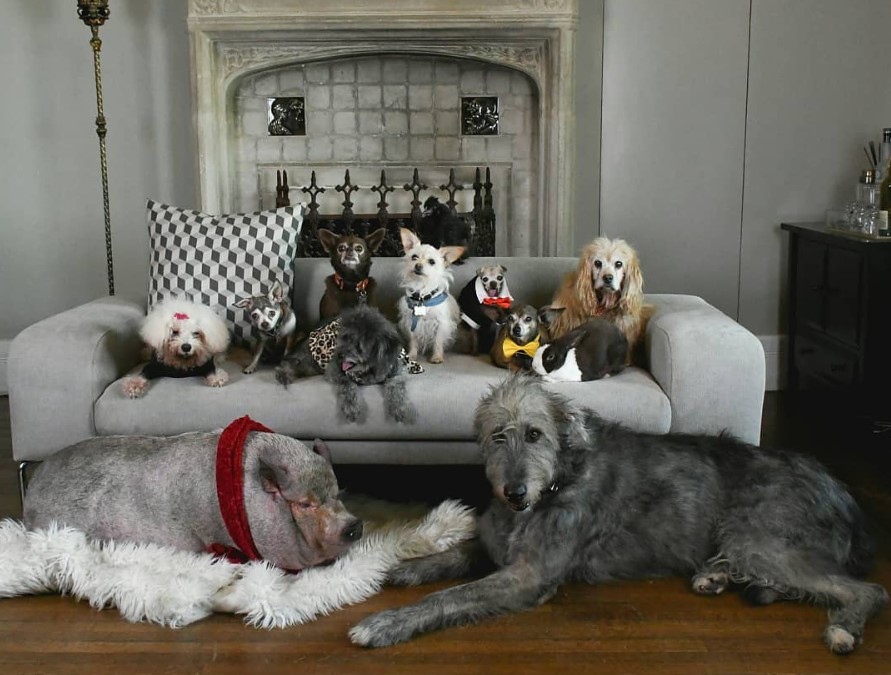