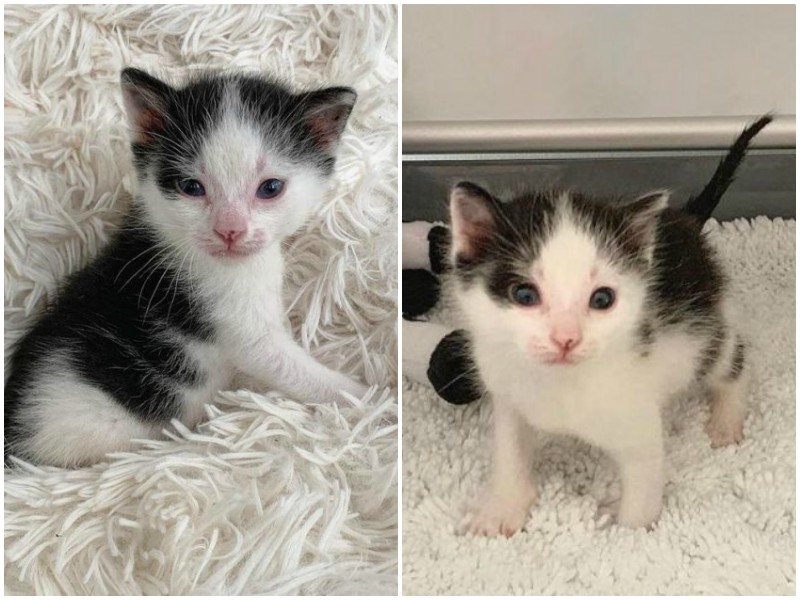 The construction workers accidentally spotted a small kitten among the equipment, squeaking quietly and asking for help. The kitten was waiting for its mother to come back for it, but the mother was not there…

This defenceless little cub was discovered at a construction site in North Carolina, USA. It was sitting amongst the equipment and squeaking loudly, begging for help. Workers had previously seen it with its mother cat, but the mother cat never showed up again… 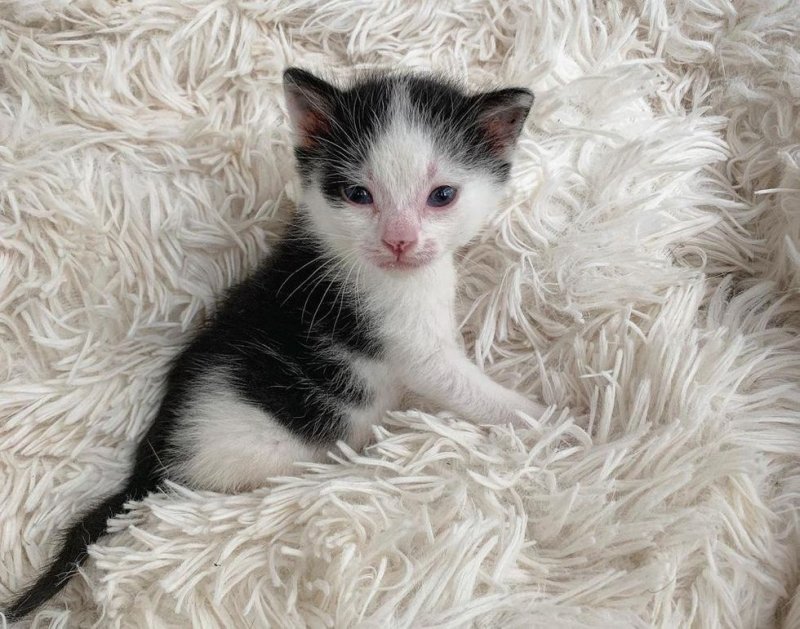 The cub was left alone, hoping that its mother would come back for it, but the mother never did. The builders never waited for its mother, so they decided to give it to Sparkle Cat Rescue. There the little one was immediately placed in the good hands of a carer called Sarah. 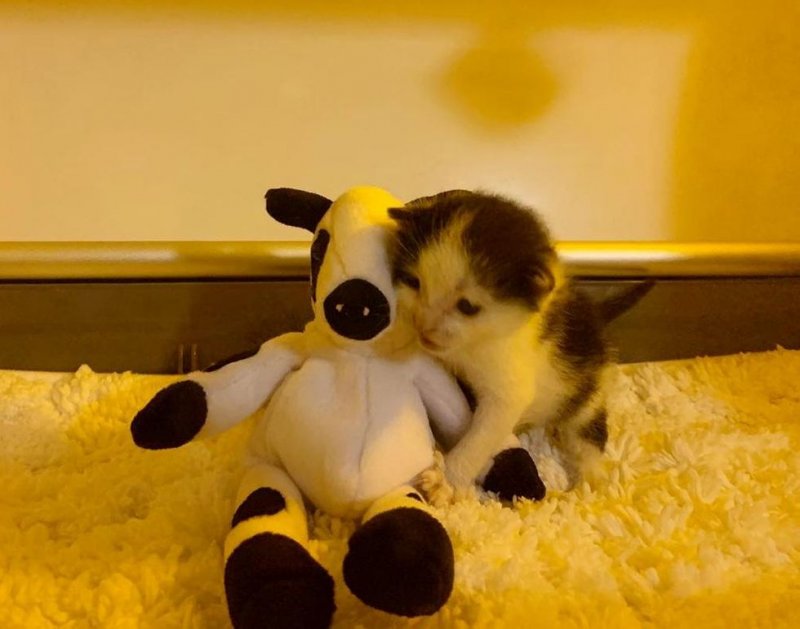 The kitten was very weak and fragile, and needed round-the-clock care. The guardian put it in a special incubator where its body temperature was regulated, and fed it by the hour from a pipette. 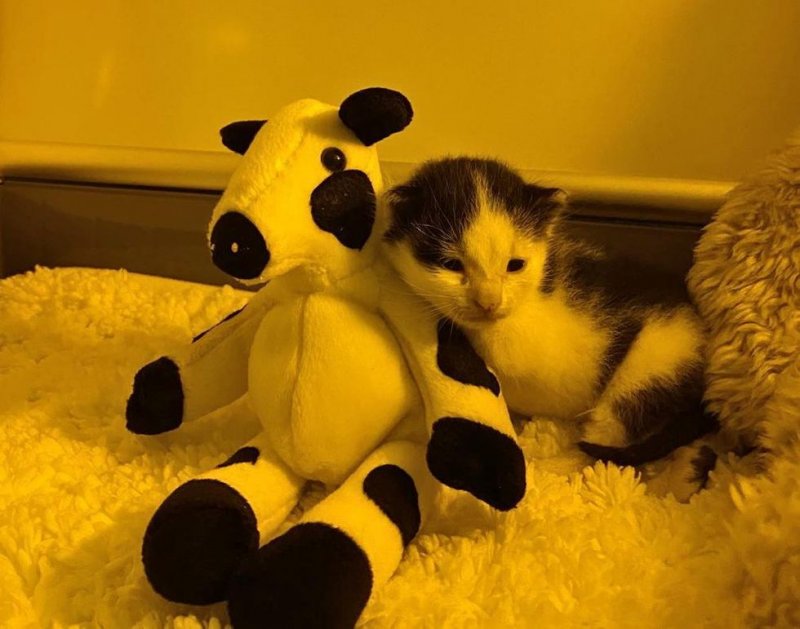 Sarah also gave the baby two cuddly toys – a teddy bear, a pig and a cow – so the baby would not feel lonely. After that, the kitten fell in love with its plush friends. It always tried to be close to them and even slept next to them. 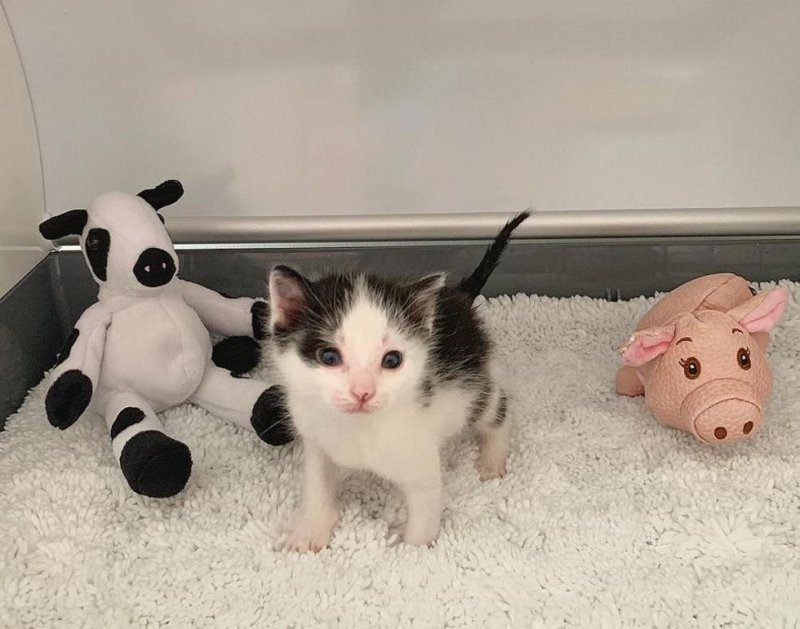 Bo grew stronger and healthier every day, delighting its guardian with its achievements. The baby began to crawl and become more interested in everything around it, but stayed attached to its plush friends. 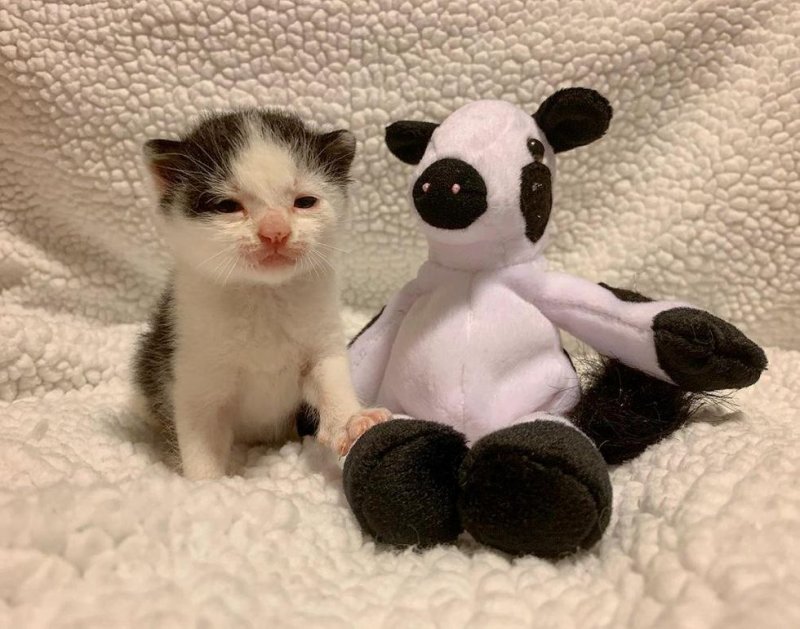 The guardian later introduced Bo to the other kittens at the shelter and Bo got on well with them. But even after long and fun games with its mates, it would always return to its favourite place – next to the plush toys. 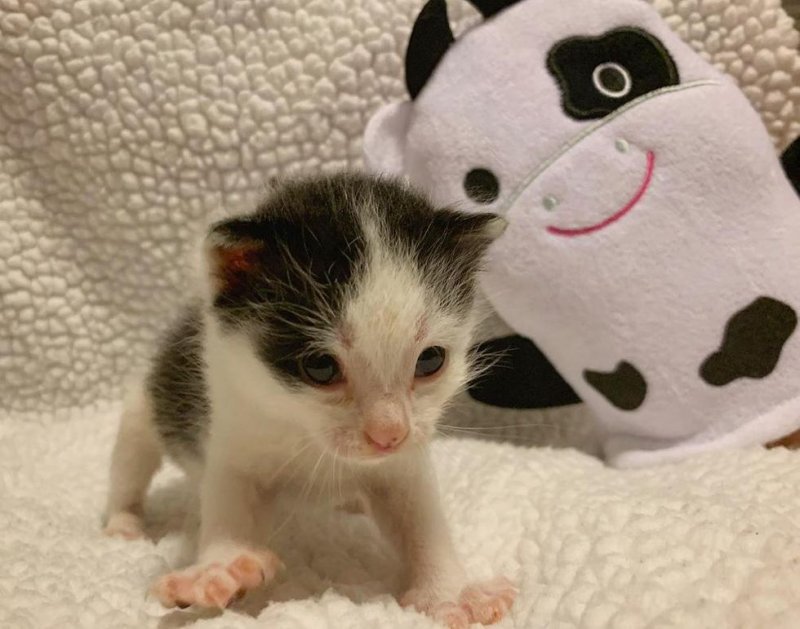 The kitten felt safe with them and felt the warmth it had once lacked from its mother. It was as if these toys had become big plush parents to the kitten. 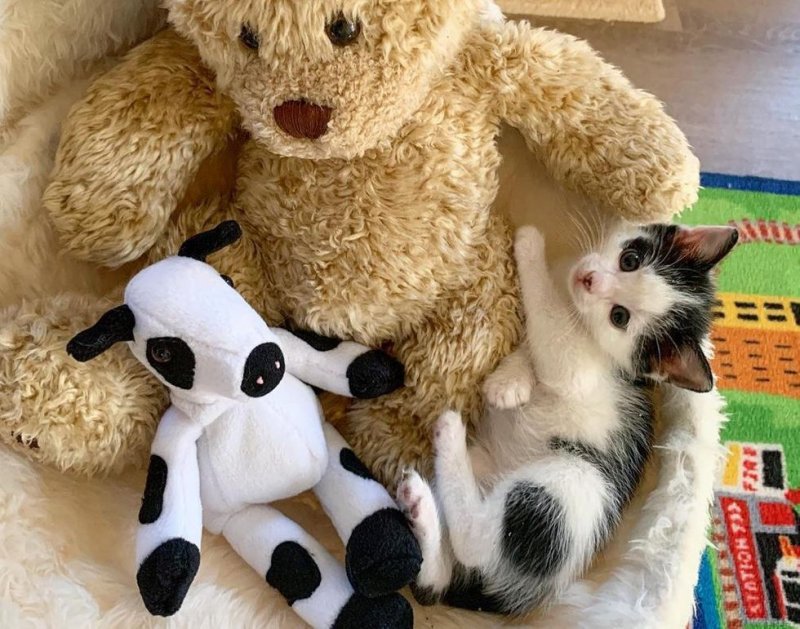 When Bo is old enough, they will begin to find permanent homes for it and its little companions. Of course, Bo will definitely take its cuddly friends with it. Let’s wish this little one a better home soon! 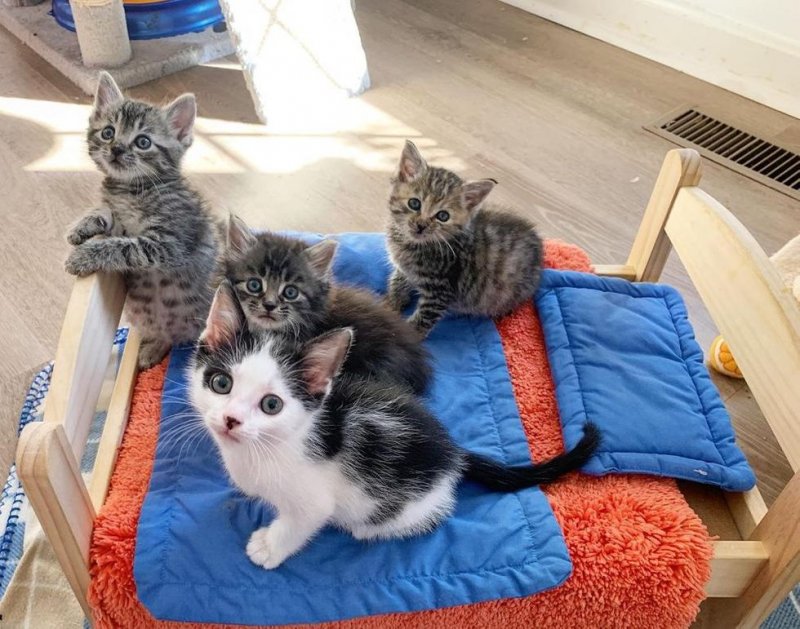