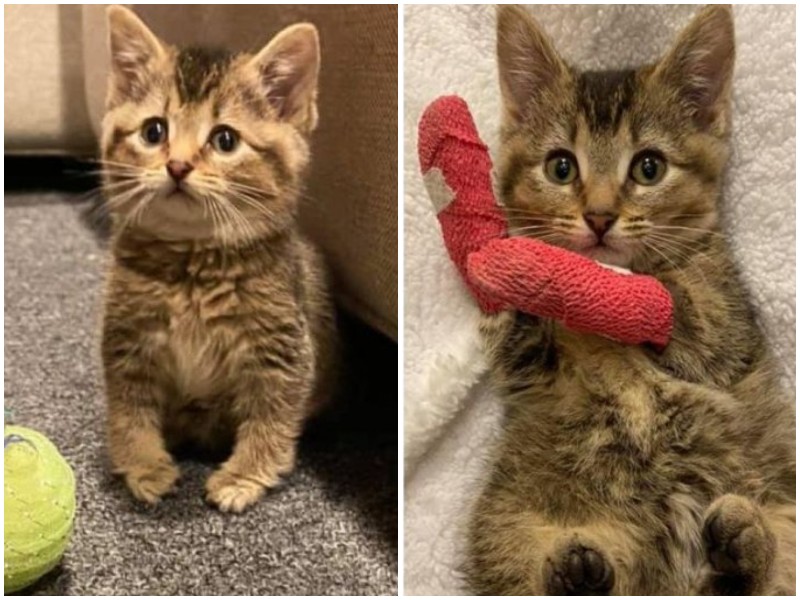 A little cat with a developmental defect was spotted with its brother in a isolated barn. Covered in fleas, skinny and defenceless, the kittens needed warmth and love… 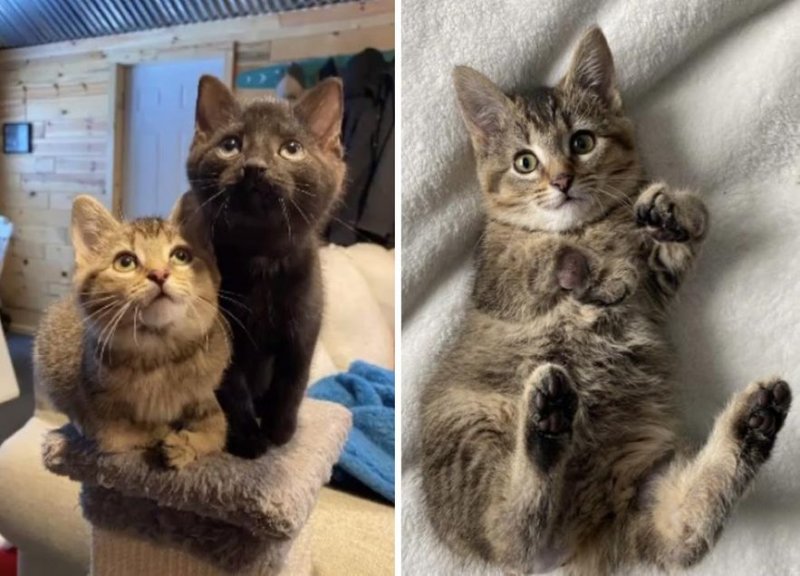 This little cat was found together with its baby brother in the barn of a private home in Michigan, USA. The helpless little ones, covered in fleas, needed help and love. The kitty was immediately noticed to have a developmental defect – twisted paws. 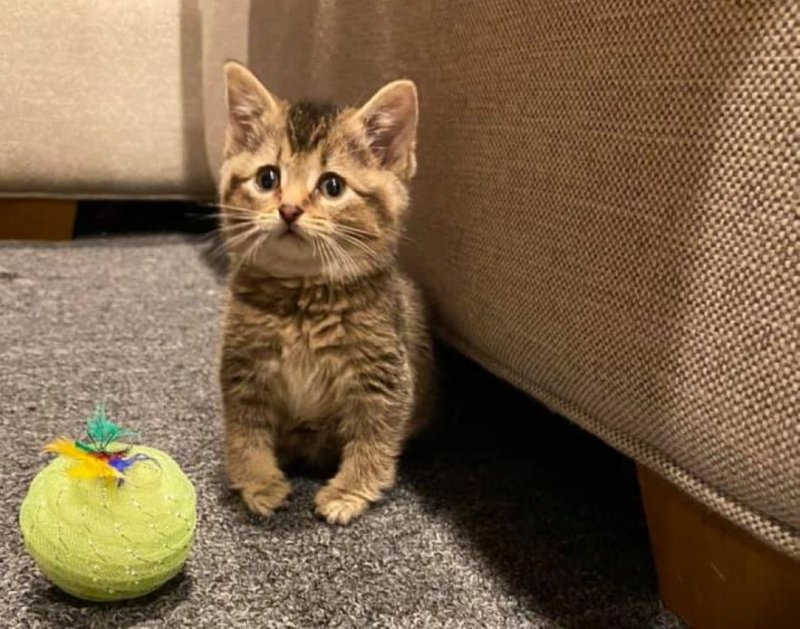 When the owners noticed them, they contacted a local shelter and the babies were soon taken away. They were about 3.5 weeks old and they quickly found a home for them. The kittens were taken in by a volunteer called Anna. 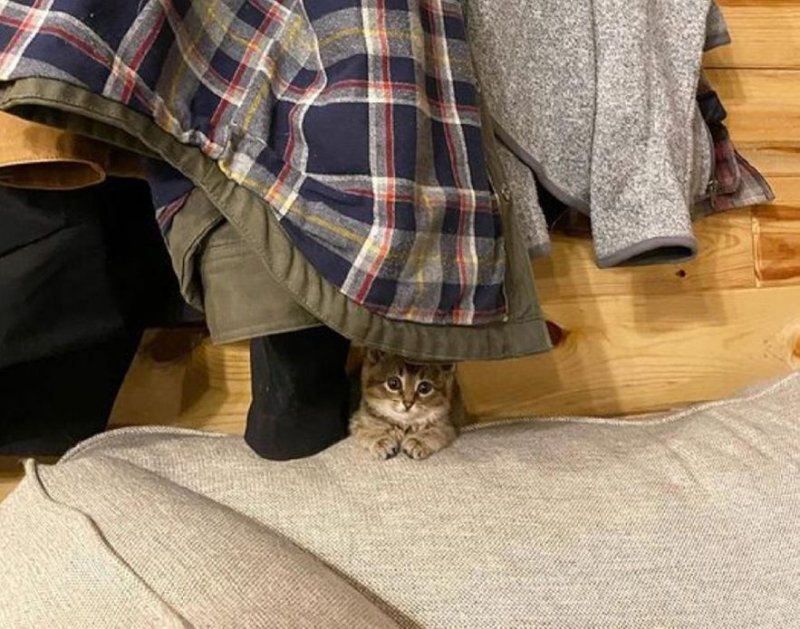 The guardian took care of the kittens, gave them a bath, fed them and put them to sleep in a warm cot. Even after that, the little ones were not afraid of anything and trusted her completely. The striped special kitty was named Lisa and its brother was named Bart. 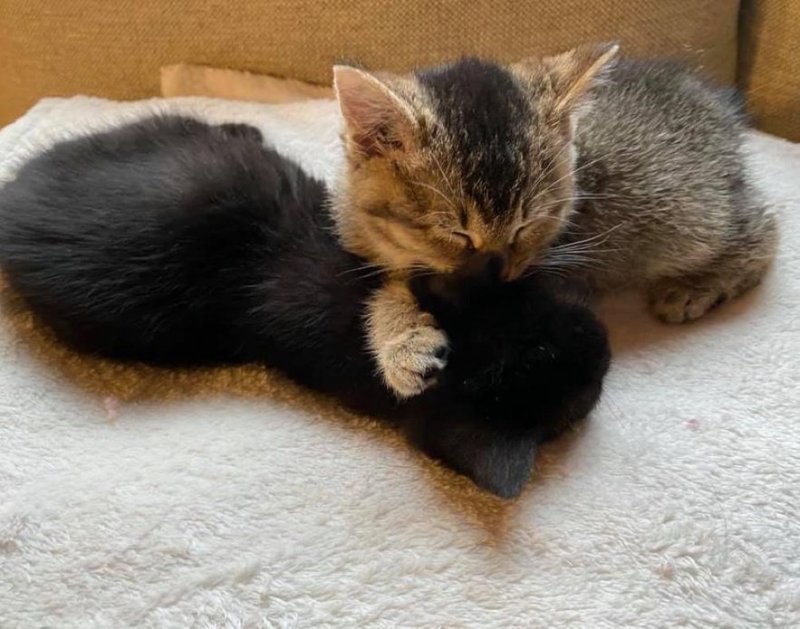 The guardian paid more attention to Lisa – even walking was difficult for her because of her twisted legs. But despite this, the little girl was determined to learn to walk on her peculiar legs as well. 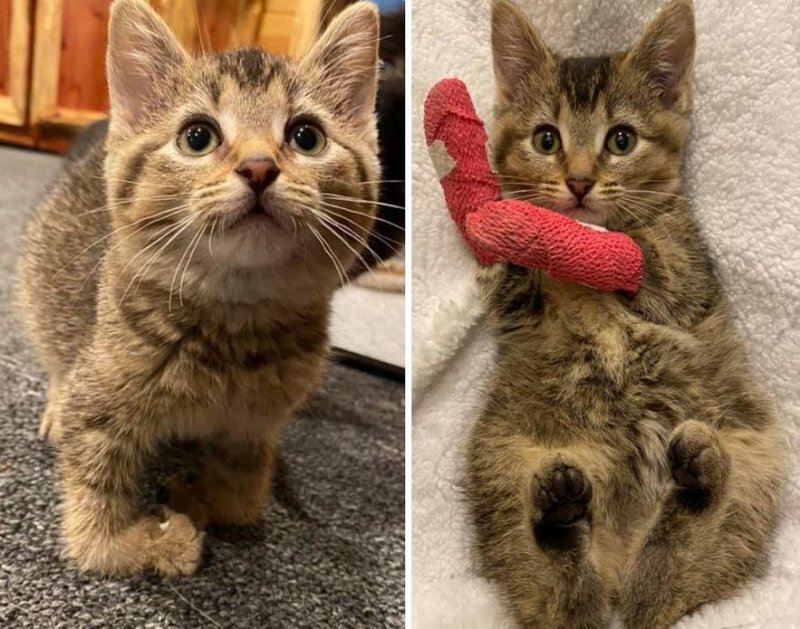 Lisa was getting braver every day, gaining strength in her forelegs and moving more easily on them. She and her brother played together and he helped her with everything. 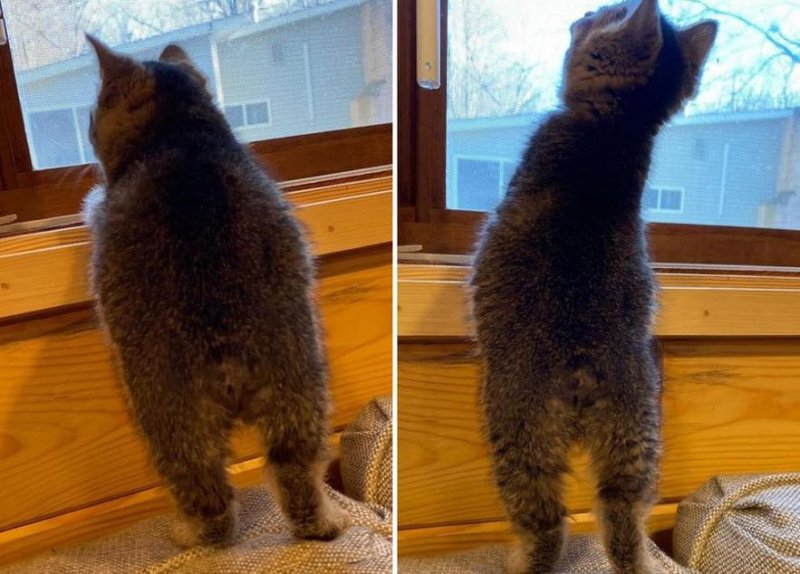 A little later, the guardian began to treat the kitten’s paws with special bandages. Lisa persevered through the treatment and proved to be a real fighter. Afterwards she became even more active and playful. 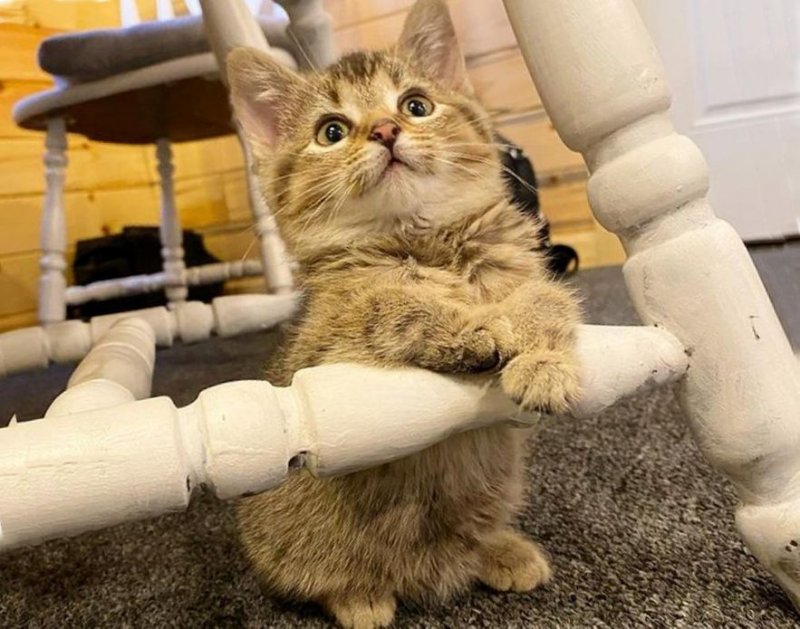 Since Lisa was brought to the shelter, she has gone through a great transformation. Despite her peculiarities, she plays and runs like a most ordinary kitten. 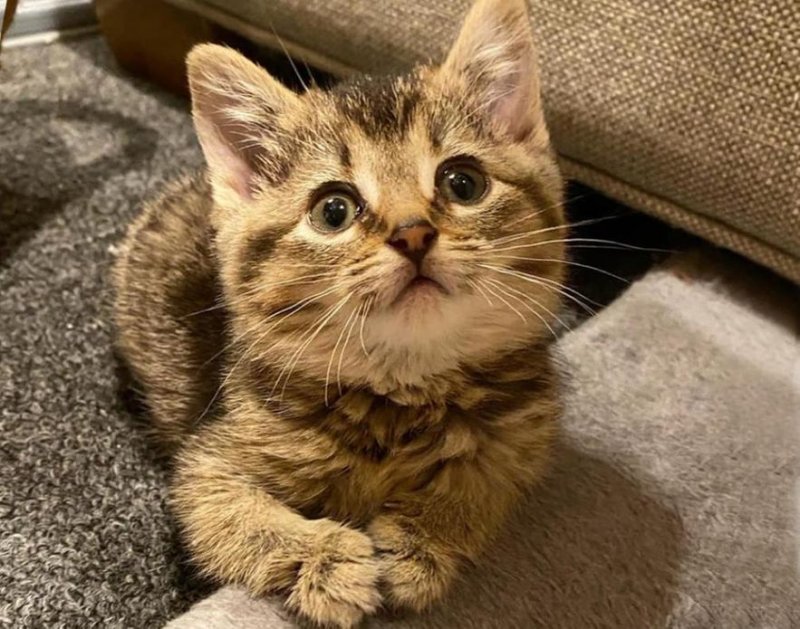 They will soon be looking for permanent homes for the siblings – they will only be given to a family together. Let’s wish these fluffy animals a better home! 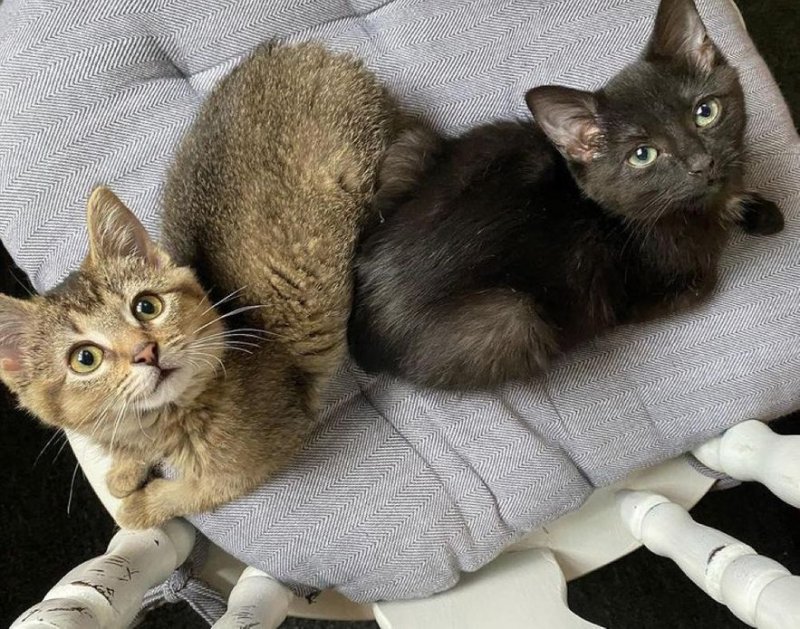