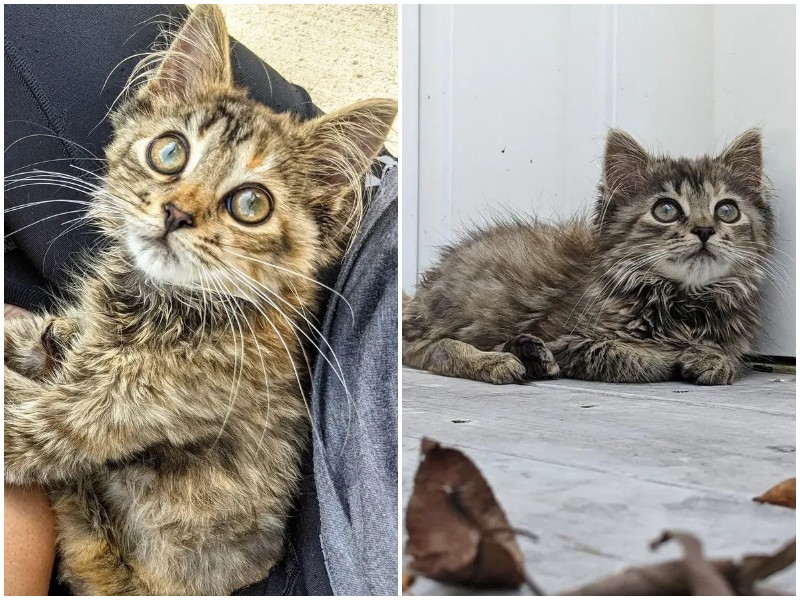 People noticed this little kitty on their farm. Due to a back injury, the animal’s hind legs failed, and it needed help and sensitive care. Fortunately, people with big hearts met on its way…

Little Merida faced difficulties at an early age. She was 2.5 months old when she was accidentally discovered on a farm in Columbus, USA. A cat with paralyzed hind legs crawled to people in search of food and help. Although her paws were paralyzed, she remained strong. 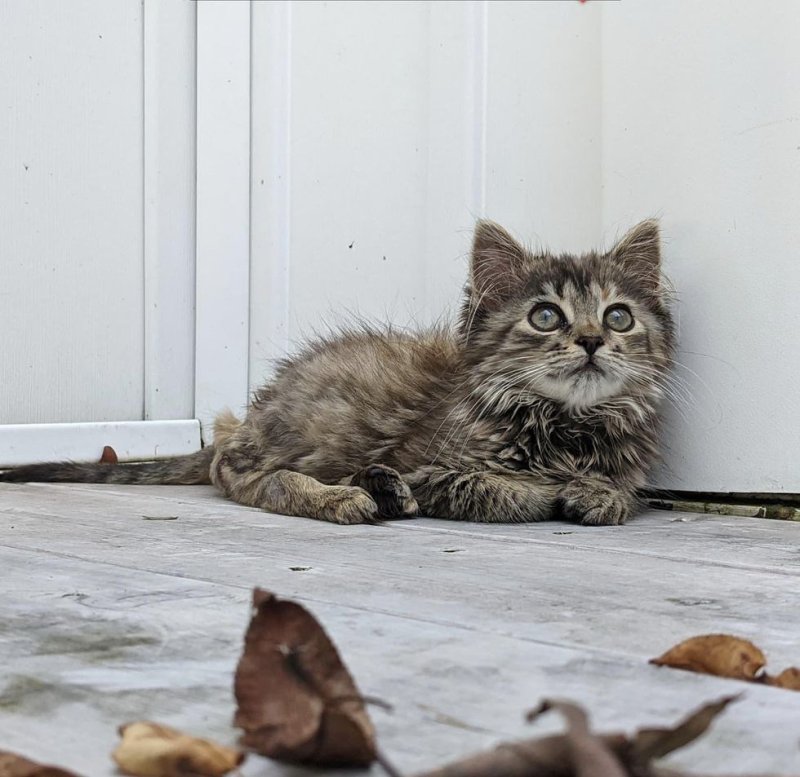 The owners of the farm immediately contacted the FosterBabyCats rescue center, and the cat was taken there. Experts determined that her paws had failed due to spinal damage, but when she was shown to veterinarians, they said they could not save the kitten… However, the volunteer, who then took care of Merida, did not give up. 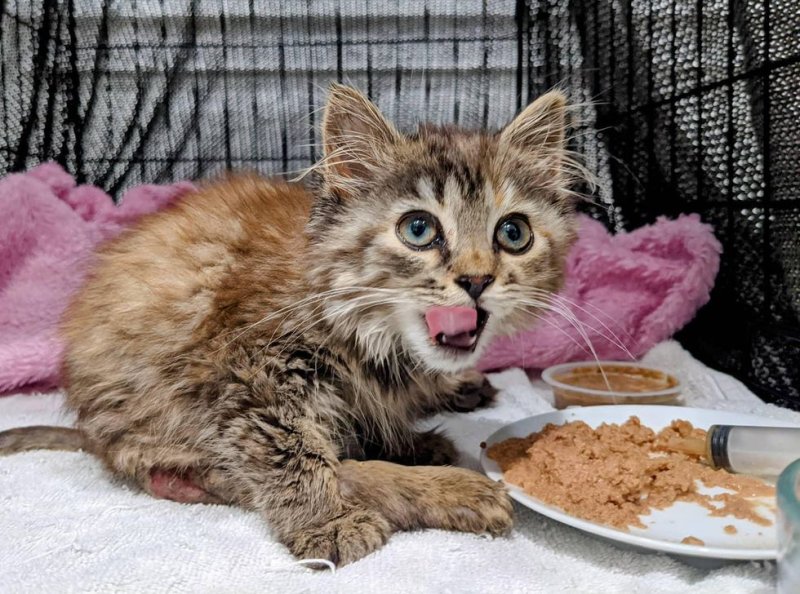 A volunteer named Gillian showed the cat to other doctors, and they prescribed gymnastics and rehabilitation products for the animal. Merida herself was getting stronger and stronger every day – a few days after recovery, she already began to run around on her front paws and play with other cats at the place of temporary care. 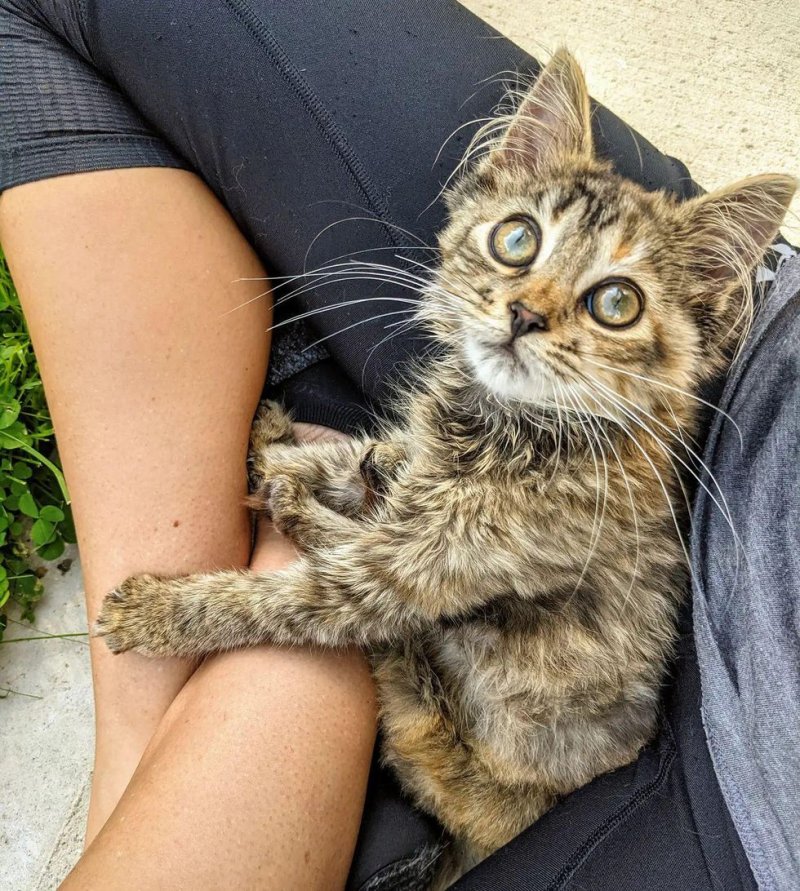 The guardian was surprised by her activity – after all, Merida did not even think that she had any special features and behaved like the most ordinary cheerful kitten. A little later, a special stroller for Merida’s hind legs was purchased – she became even more active with it! 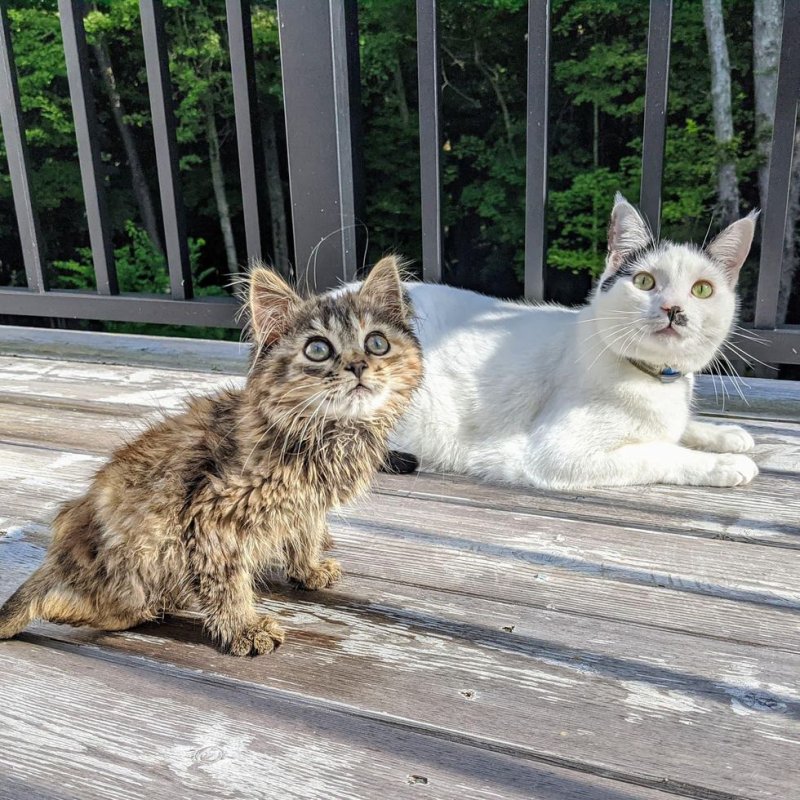 Now the baby is undergoing electromagnetic therapy and taking neurological medications. She runs, plays, runs around the house with her relatives, and climbs everywhere. At the same time, she does not forget about the caress – Merida often comes to the guardian to purr next to her while she is being petted. 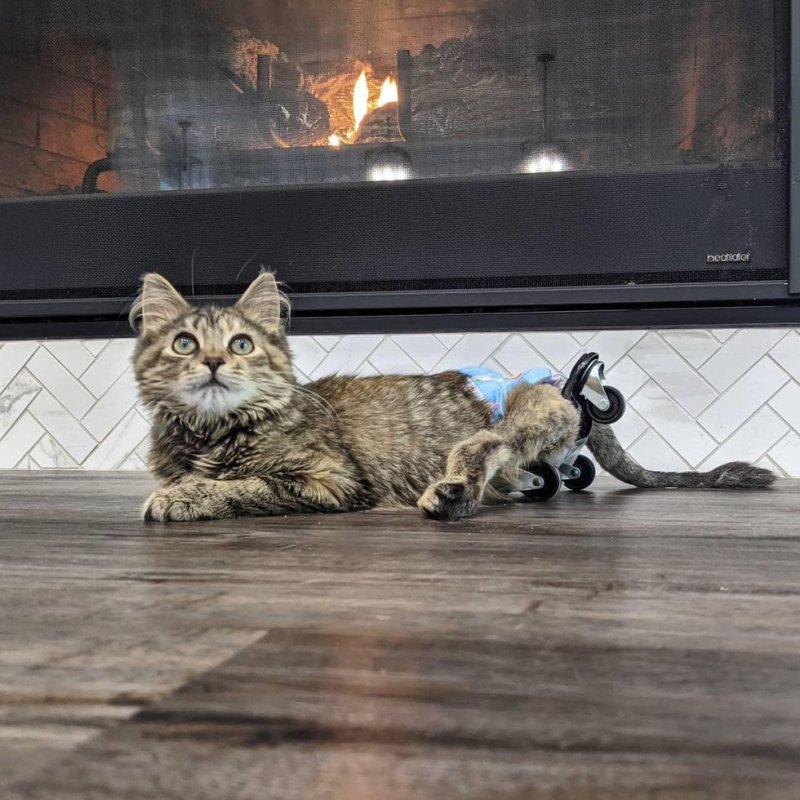 “Merida’s favorite activities are to enjoy the sun on the balcony, run around the house with relatives, and play. She is my first special kitty, and she showed me how even a paralyzed kitten can flourish. I am happy and proud of her,” says Merida’s guardian. 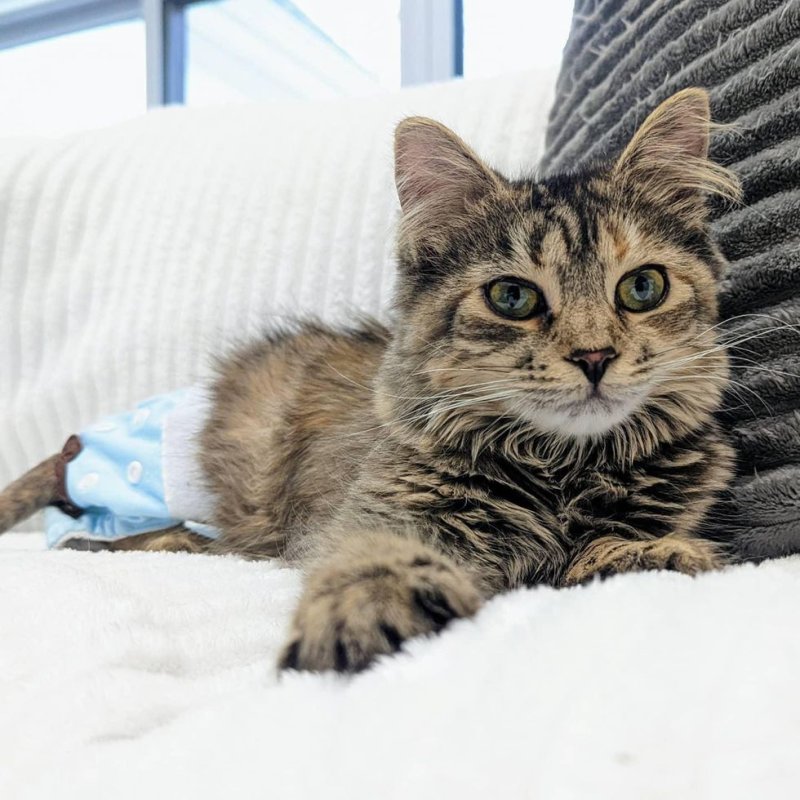 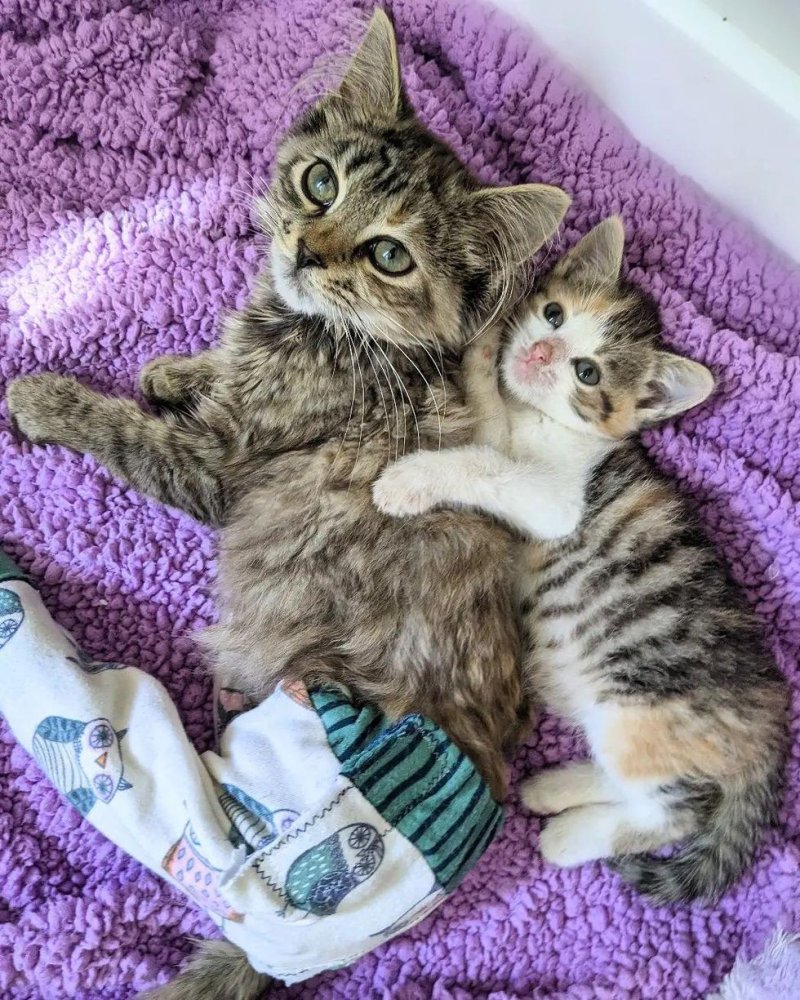 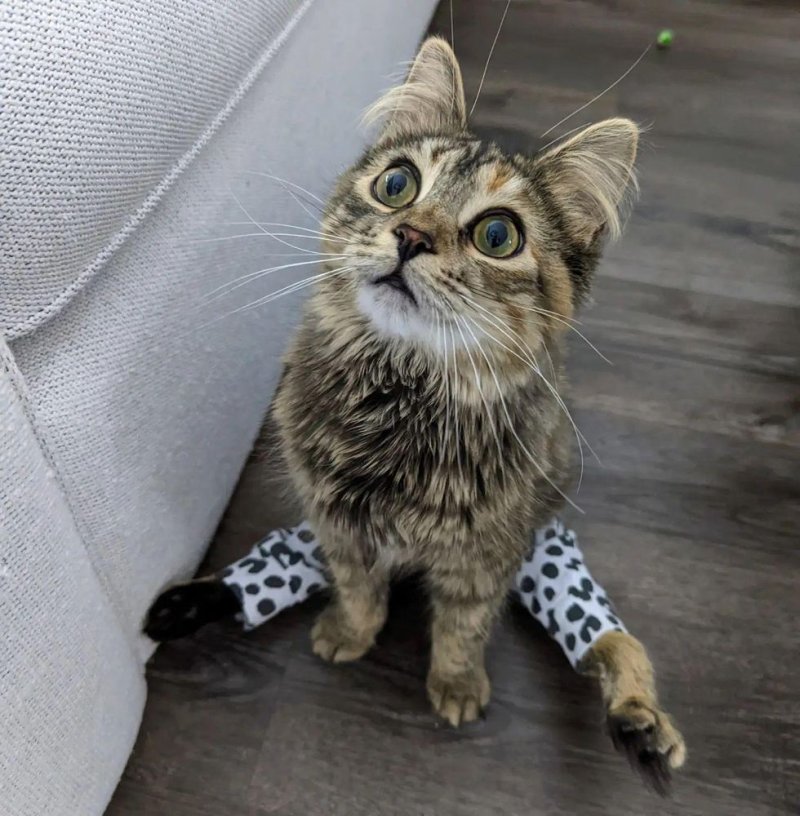 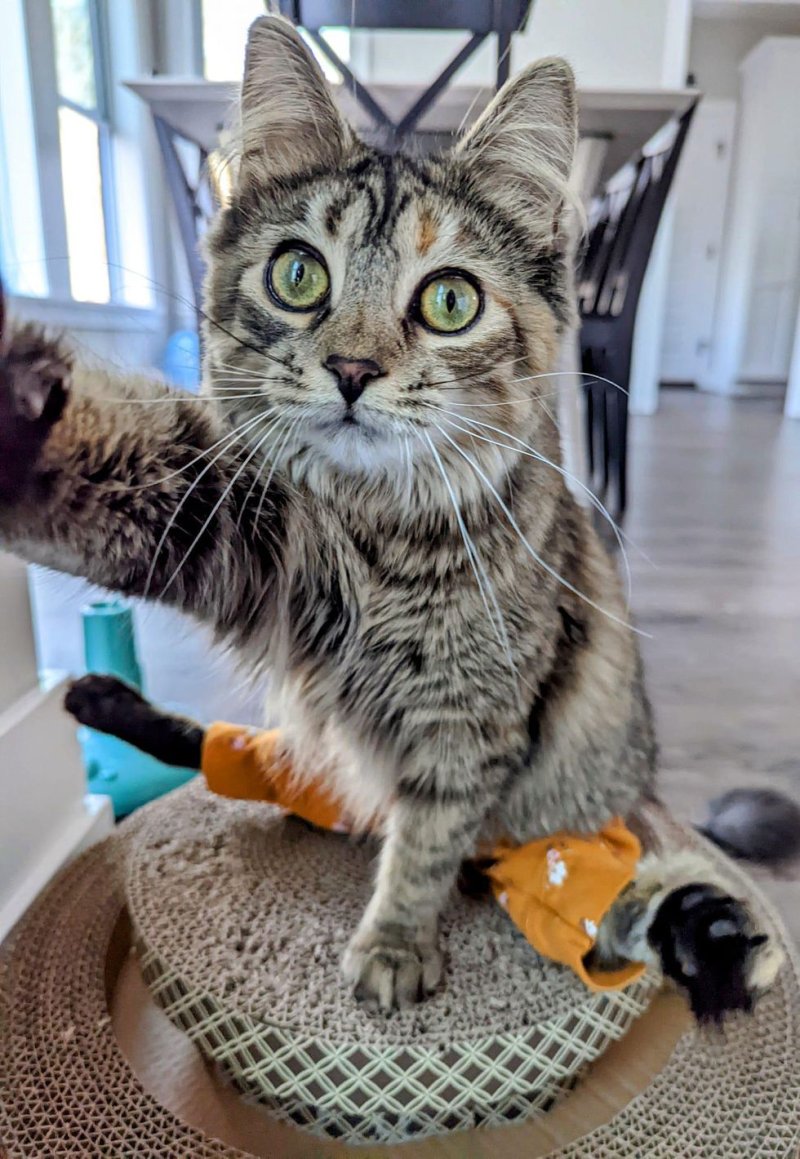 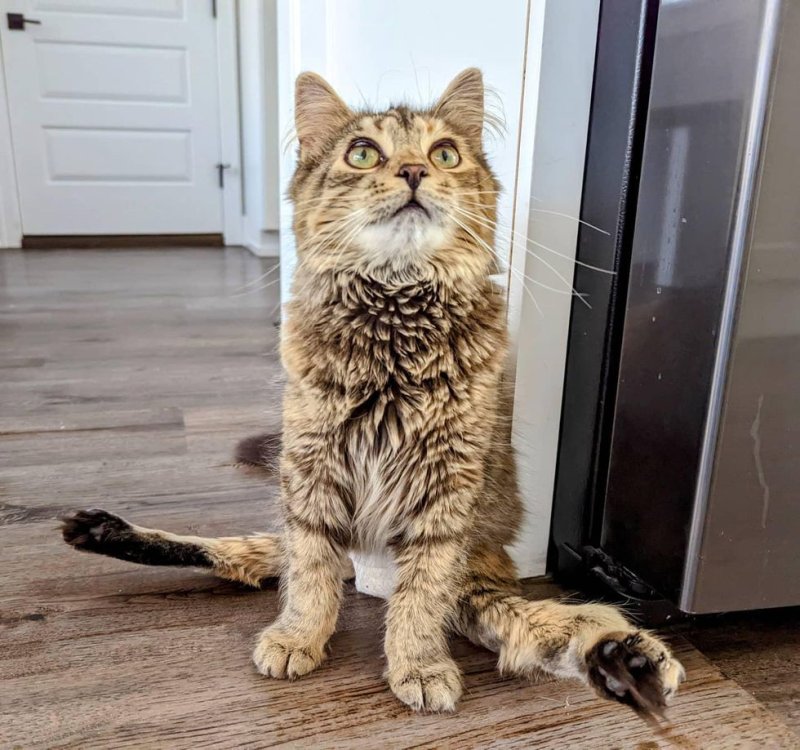 HOMELESS GUY BECAME A FAMOUS COUTURIER
Djimel Lavon has loved sewing since he was a child. He did not study
LIFE STORIES 0 31