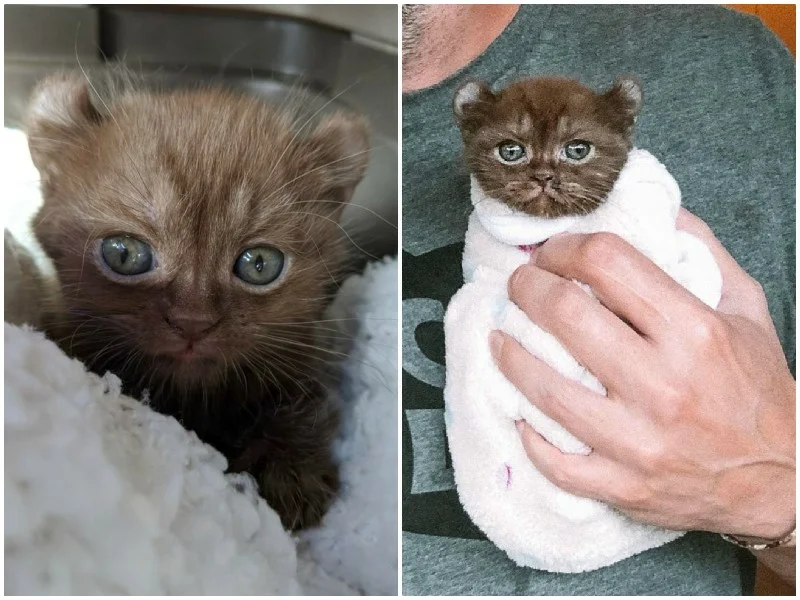 This special kitty was left all alone in the middle of a busy city street. The baby looked strange and could hardly walk. People scared it, and it desperately sought shelter.

A little cat was found on one of the streets of Los Angeles. The kitten had oddly shaped ears and curved front paws. It became clear that the animal needed help. Caring people caught the kitten and handed it over to the local center for the rescue of homeless animals. 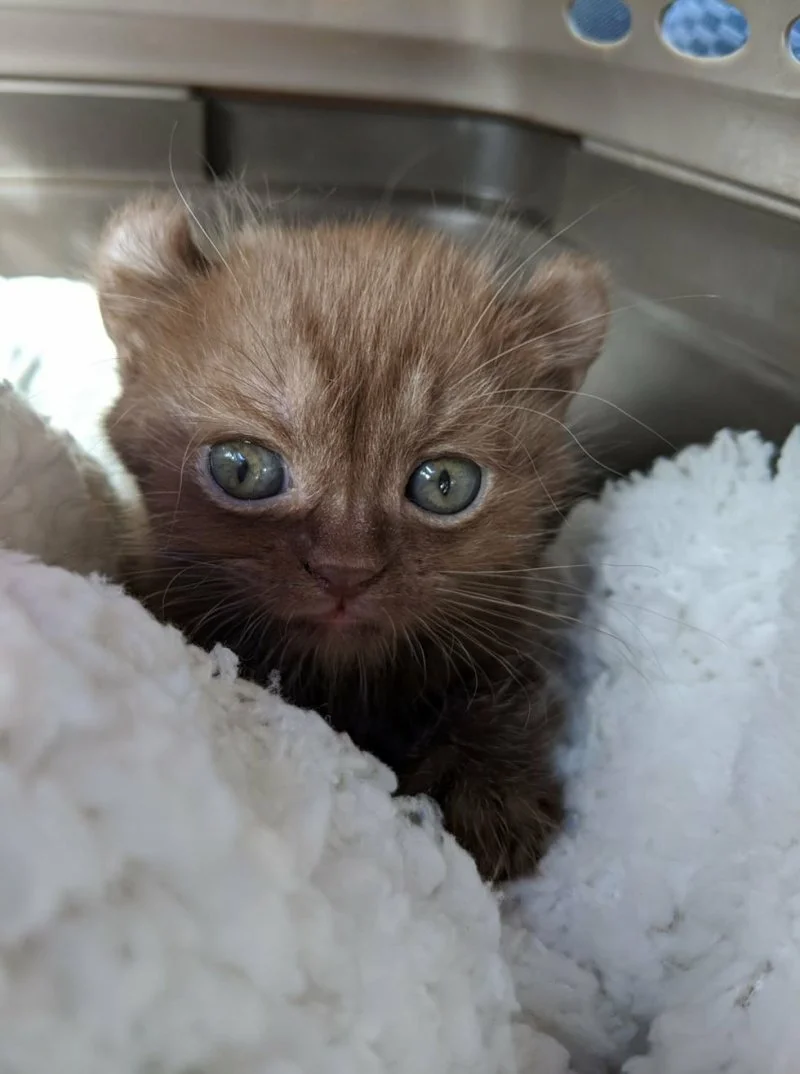 The cat was immediately taken to the vet for examination. The doctor concluded that the animal has a number of innate features. Due to a genetic anomaly, the kitty had rounded, oddly shaped ears. And it also had too short tendons on its front paws, which is why the deformity of the limbs occurred. Otherwise, the kitty was healthy.

The animal was transferred for temporary care to a married couple. The guardians named their ward Quill. Kitty immediately decided that these people were its parents. It was very sociable and affectionate. Quill tried to stay close to its guardians all the time. And in gratitude for the affection, it purred loudly and for a long time. 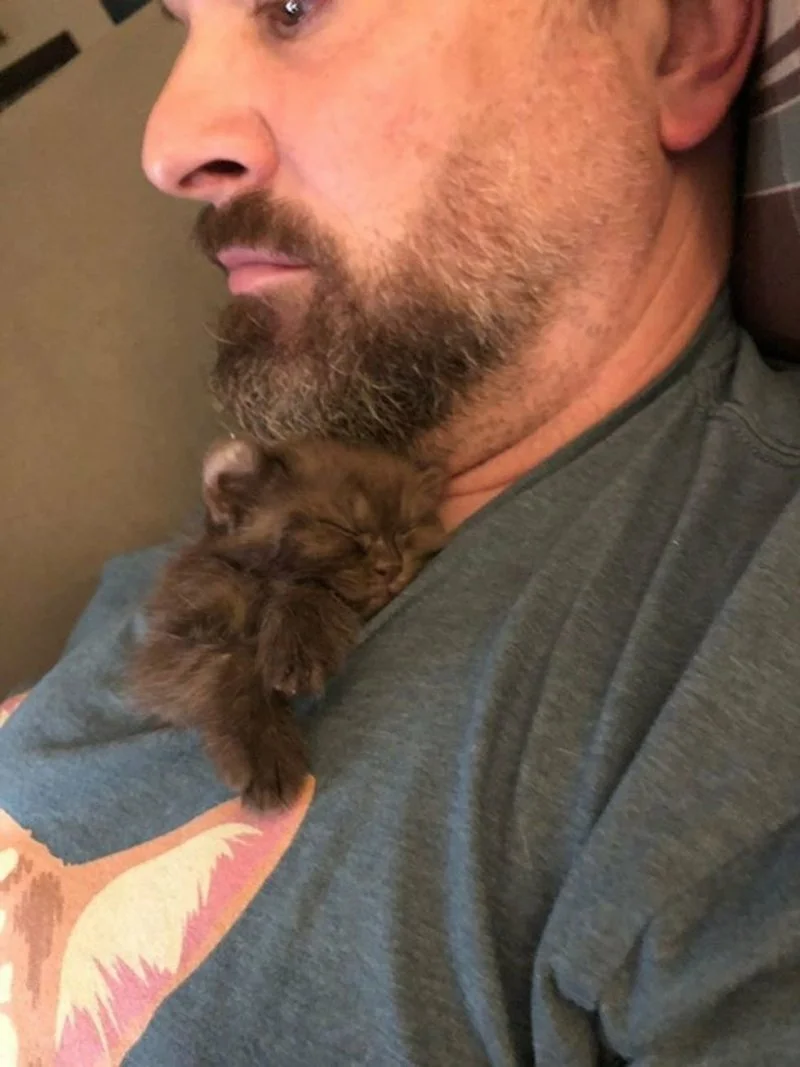 Since the kitty has a congenital anomaly of the limbs, every day it has to perform a set of physical exercises. Quill is patient with all the manipulations that its guardians do to it. Despite everything, it enjoys life and does not lose heart.

Quill is very curious and playful. Despite its peculiarity, it is energetic. It seems that the kitty does not even understand that it is somehow different from others. Quill adores its guardians. It prefers people’s hands and knees to sleep.

Another cat lives in the house of Quill’s guardians – Chester. Once upon a time, a couple picked it up on the street. Now Chester has decided to take care of little Quill and teach it all the cat’s wisdom. 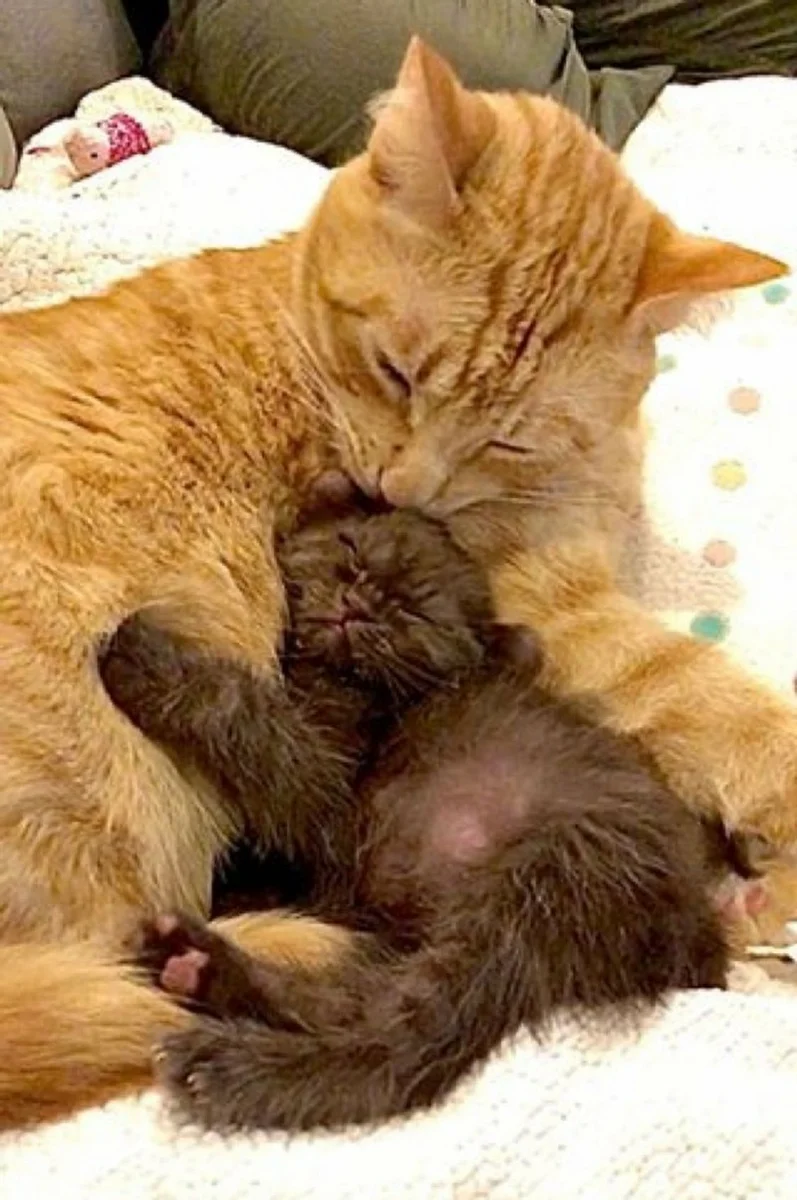 Chester licks the kitty, protects it, and takes care of it. Chester makes sure that Quill doesn’t get into trouble. Kitty also considers Chester an older brother, whom it loves immensely, and whom it fully trusts.

Now Quill is growing and getting stronger. After a while, they will start looking for a new home for it. In the meantime, the kitty can enjoy a happy childhood. The days of aimless wandering through the streets are forgotten. Quill got its second chance. It remains to wish it good health and a long life next to loving owners.