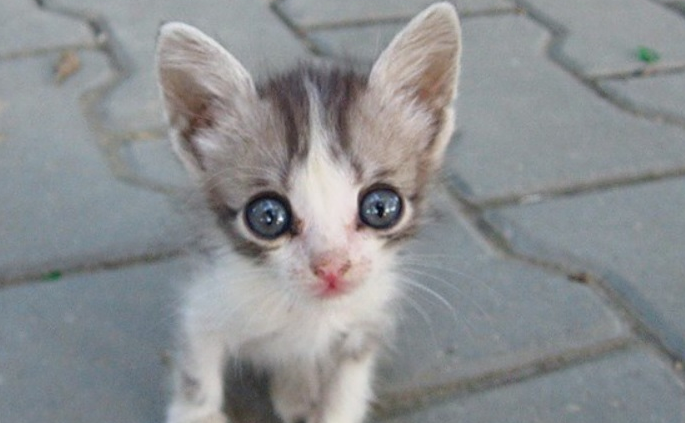 Near the store, for more than one day, a small kitten was spinning. Anna always fed him when she went to the grocery store. It was especially cold and frosty that day. Anna, leaving the store, again drew attention to the kitten she already knew, who was shivering from cold and hunger.

Huddled in a corner, he meowed plaintively and asked for help. People were passing by, hurrying about their business and no one paid attention to the cat. The woman felt sorry for him and decided to take him to her for a while until she finds him an owner. She took the fuzzy and hugged him to her. The kitten, feeling the warmth, began to purr loudly. 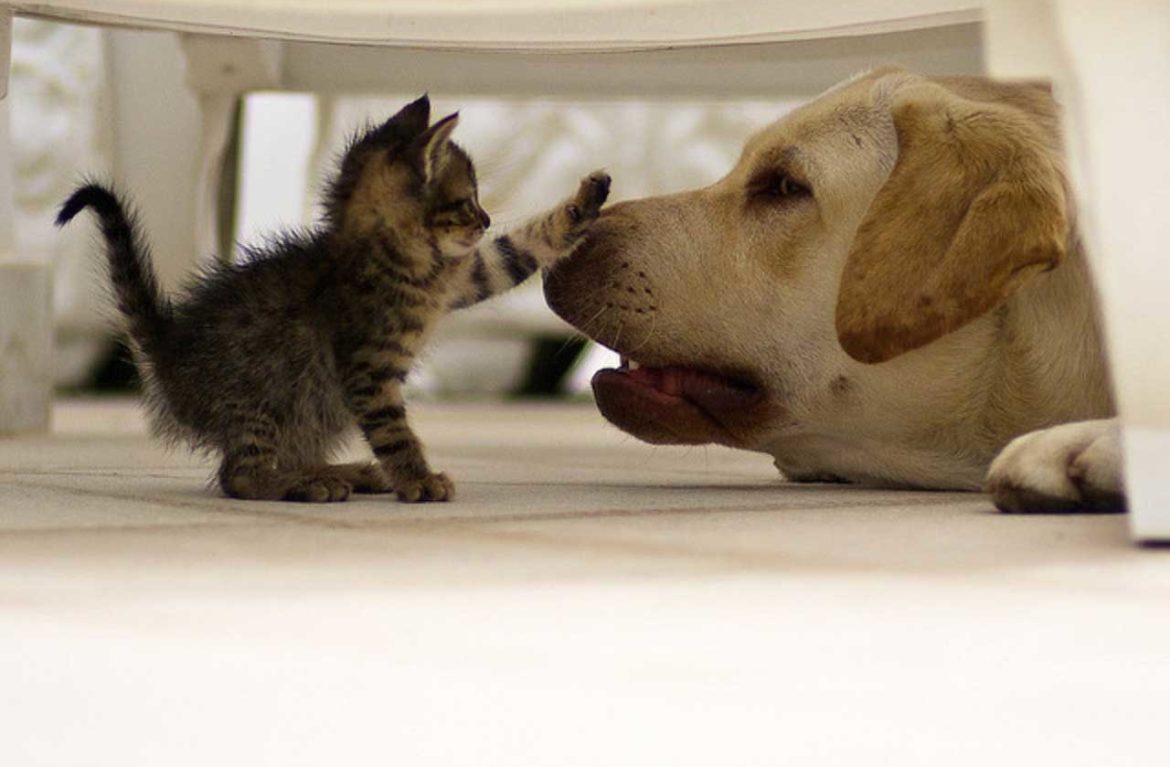 The woman had a dog at home named Laima. She was worried about how the dog would react to the new tenant. At home, the kitten immediately ran up to the dog bowl and attacked the food.

Lyme was a little nervous and patiently watched what was happening. But when Anna put a separate bowl for Marsik, as she called the kitten, the dog calmed down. The kitten turned out to be very affectionate and playful . He quickly became friends with the dog.

Anna became attached to Marsik and did not want to give him to anyone.
The kitten became happy. He lives in a warm house, and does not freeze on the street. He’s not hungry. He has a good dog friend and a kind caring owner.