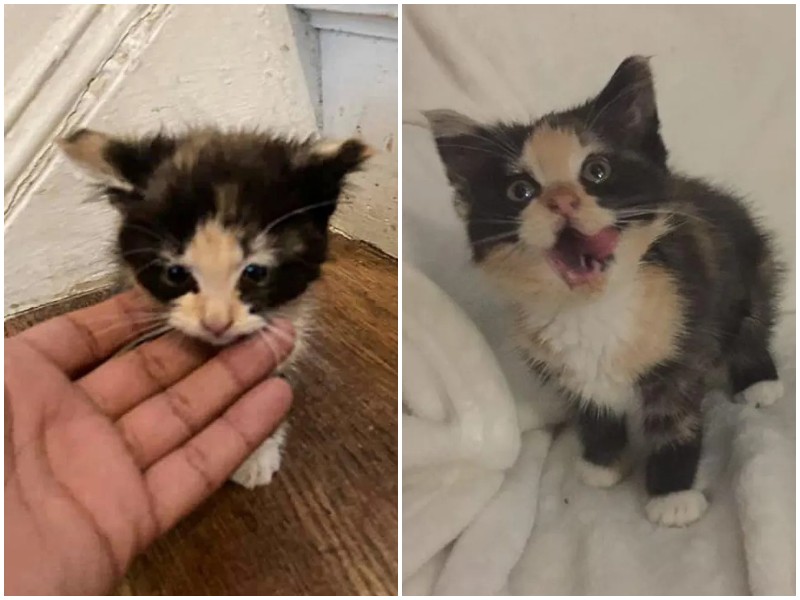 People heard the squeak of this baby near their house. It turned out that the baby kitten could not get out of the garbage can, where it climbed to find food. The hungry kitten squeaked with all its might, just to be noticed.

Residents of the Bronx, USA, heard a plaintive cat squeak from a garbage can near the house. They looked inside and saw a tiny kitten desperately asking for help. The hungry baby wanted to eat and apparently climbed into the garbage can in search of food. 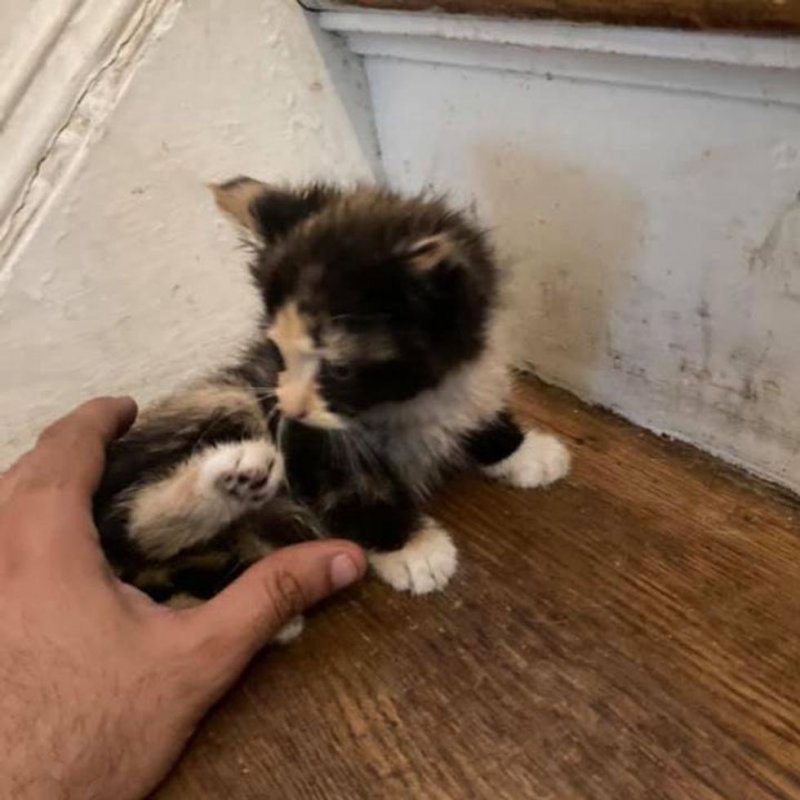 People immediately pulled out the kitten and reported it to the rescue center Little Wanderers NYC. Rescuers immediately took the kitten – it turned out to be a girl. The baby was taken care of – fed, bathed, and put to bed. 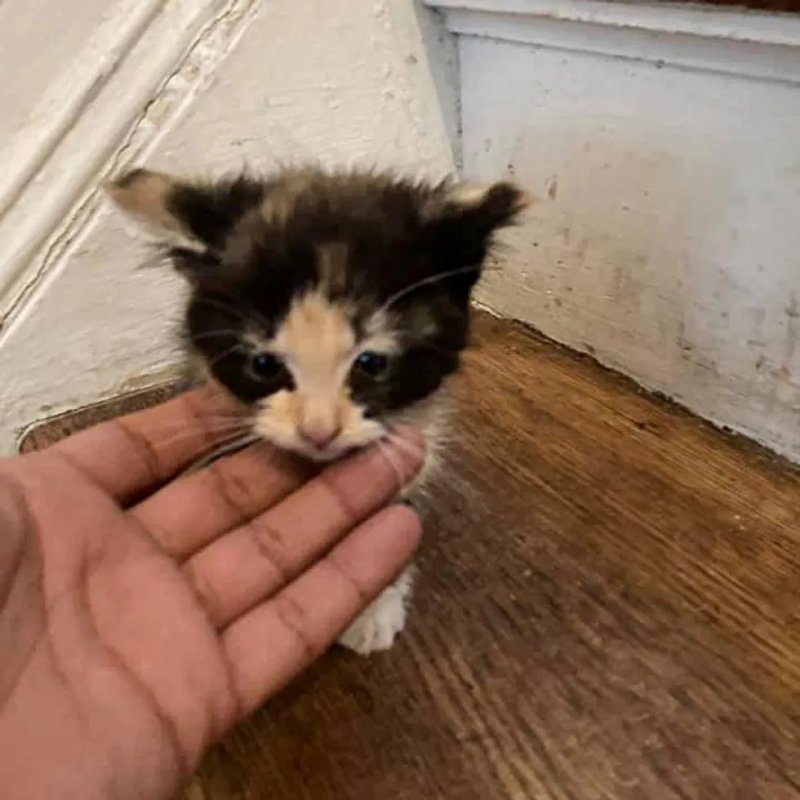 The shy kitty was named Angelica, and the next day she went for temporary care to volunteers. At the age of 5-6 weeks, the kitty was quite thin, and volunteers did everything to make her recover as soon as possible. 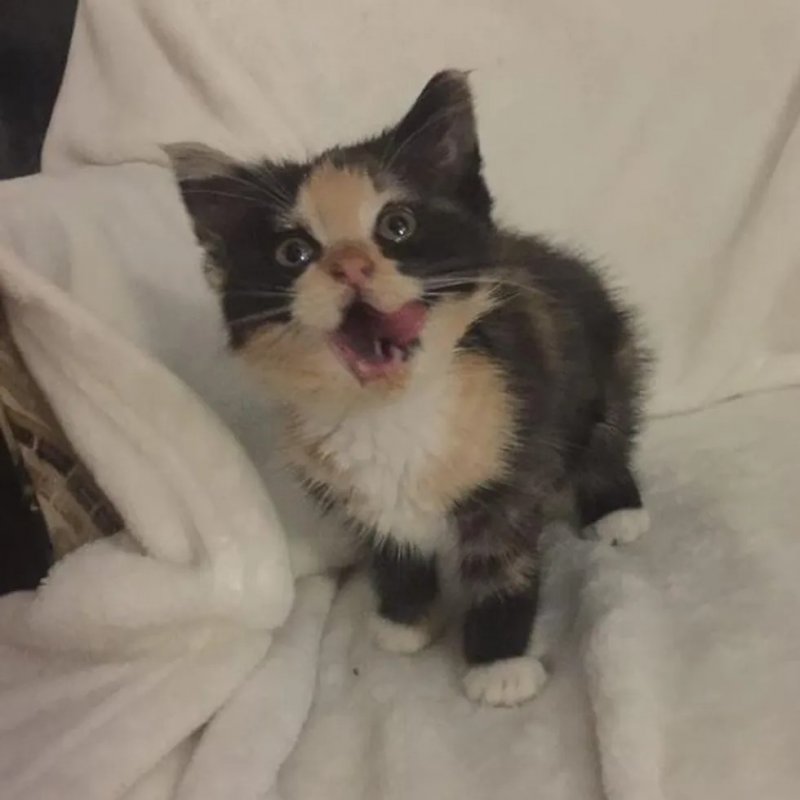 After a couple of days, Angelica realized that she was safe here. She became less timid and began to ask for affection from the guardians. The baby was so grateful to the people for the rescue that she immediately began to blossom. 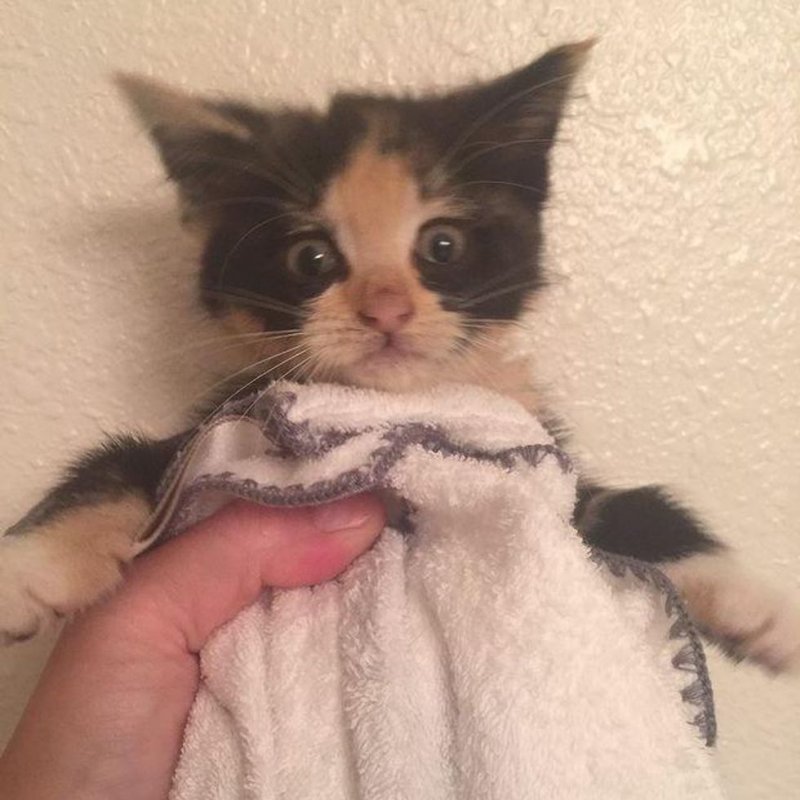 Since then, the cat has become stronger, more active, and more affectionate every day. She gained weight and ate with a great appetite, and caregivers rejoiced at her progress. 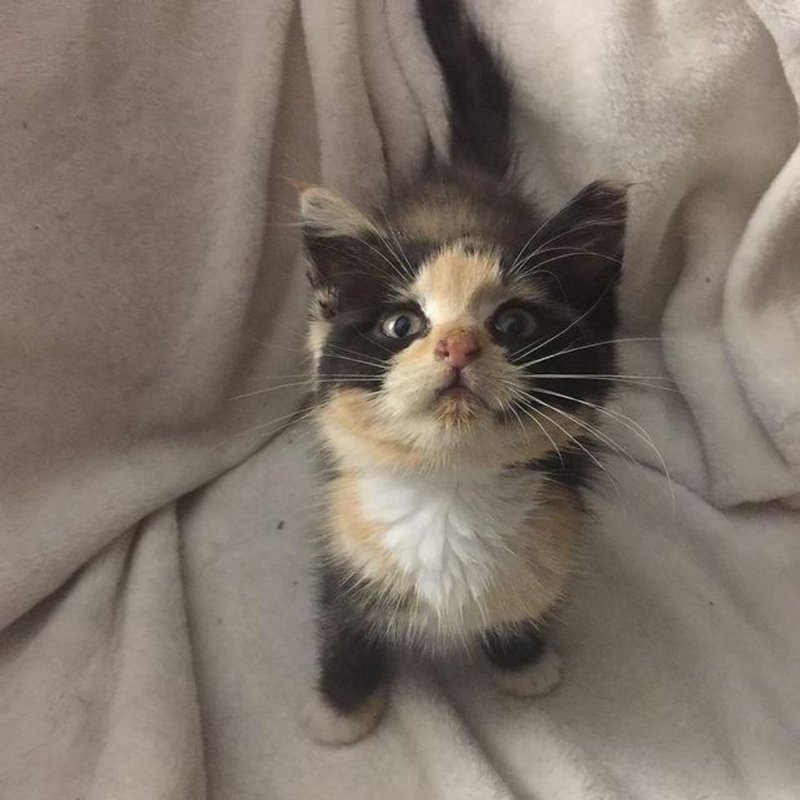 In a little while, when Angelica is a little older, volunteers will look for permanent owners for her. Be happy, little girl! 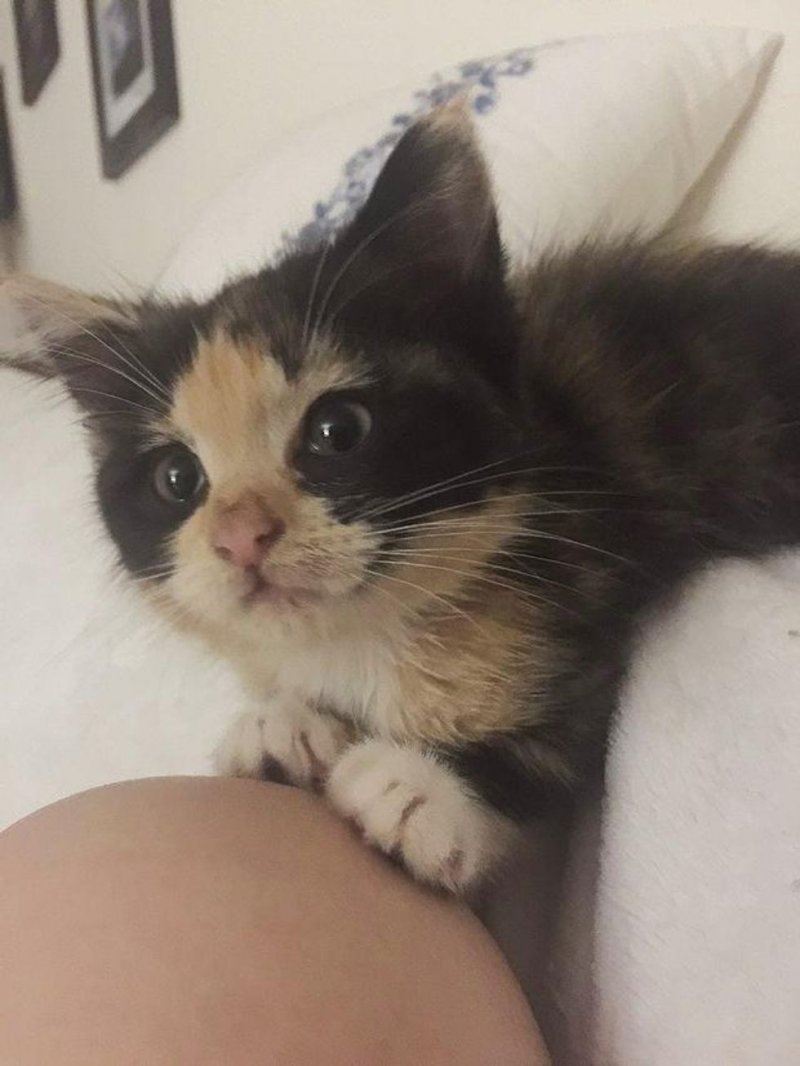 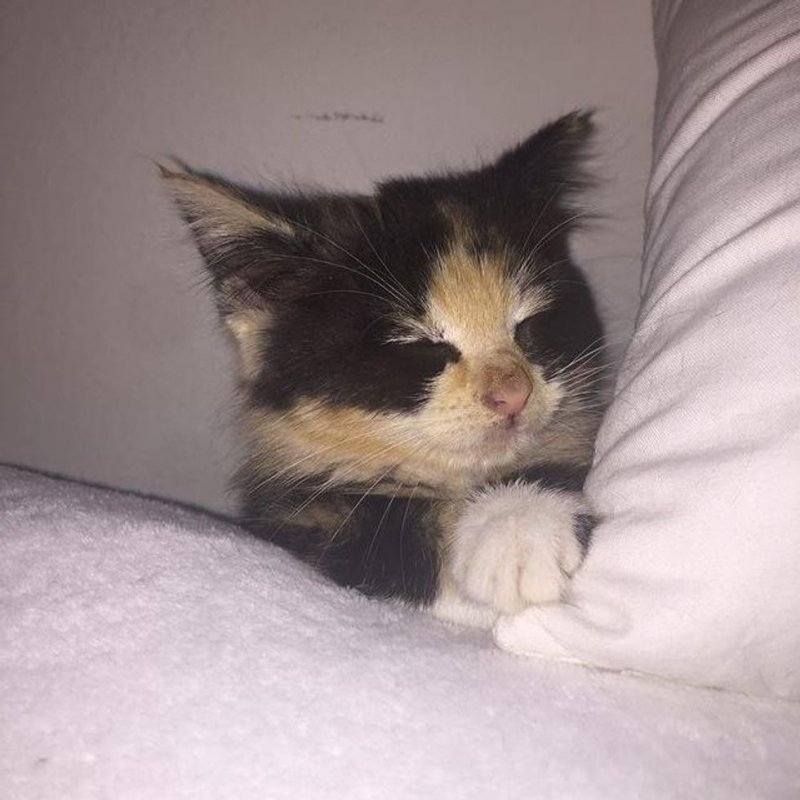