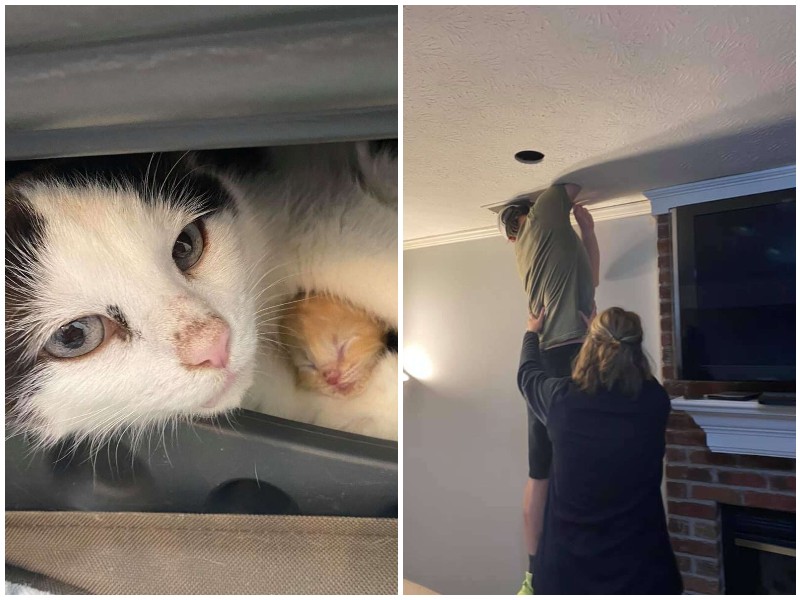 A frightened and unsociable pregnant cat was so afraid of people that it hid far away from them to give birth to its kittens. Its guardians didn’t even realize at first where it had hidden until they heard the tiny squeaks of the babies.

A homeless, pregnant cat named Mayhem was brought from the streets to a Kentucky shelter in the United States. The kitty was about to give birth, so they quickly started looking for a temporary place to care for it. 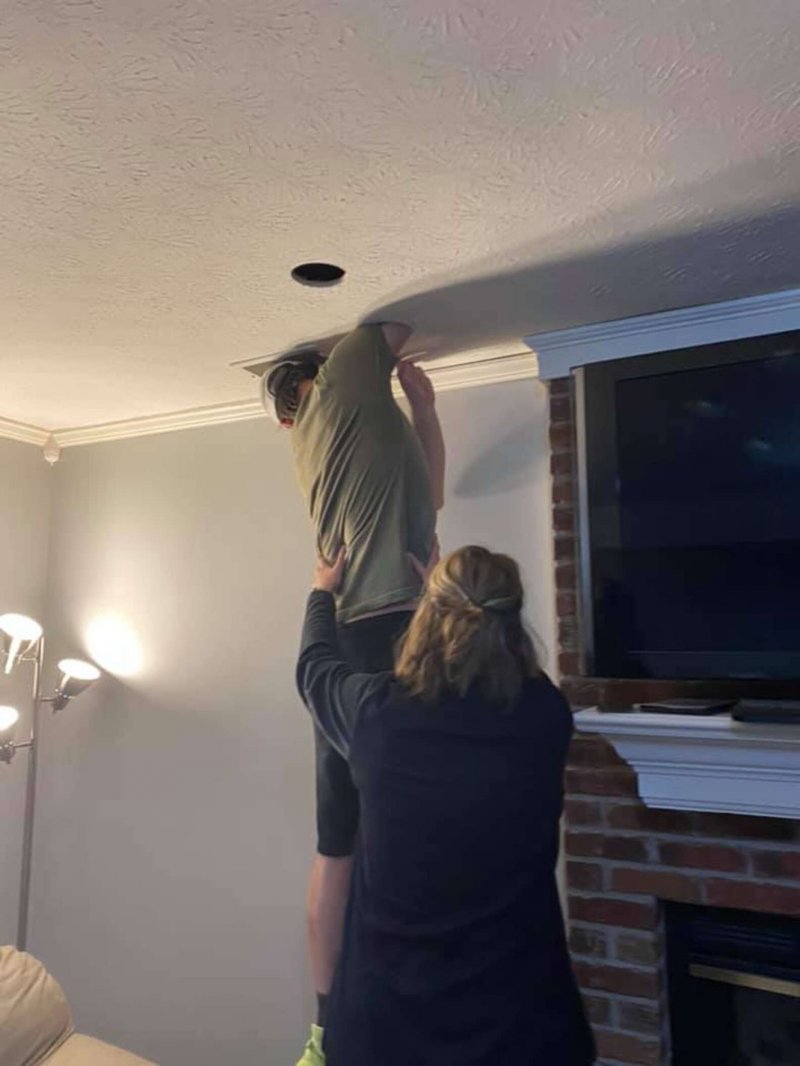 A shelter employee, a veterinarian named Emily, volunteered to take in the cat. In the first few days, it was clear that the cat had lived on the street most of its life and was very afraid of people. It hid in corners and wouldn’t allow itself to be touched. The guardian began to worry that she wouldn’t be able to fully help the kitty with its labor. 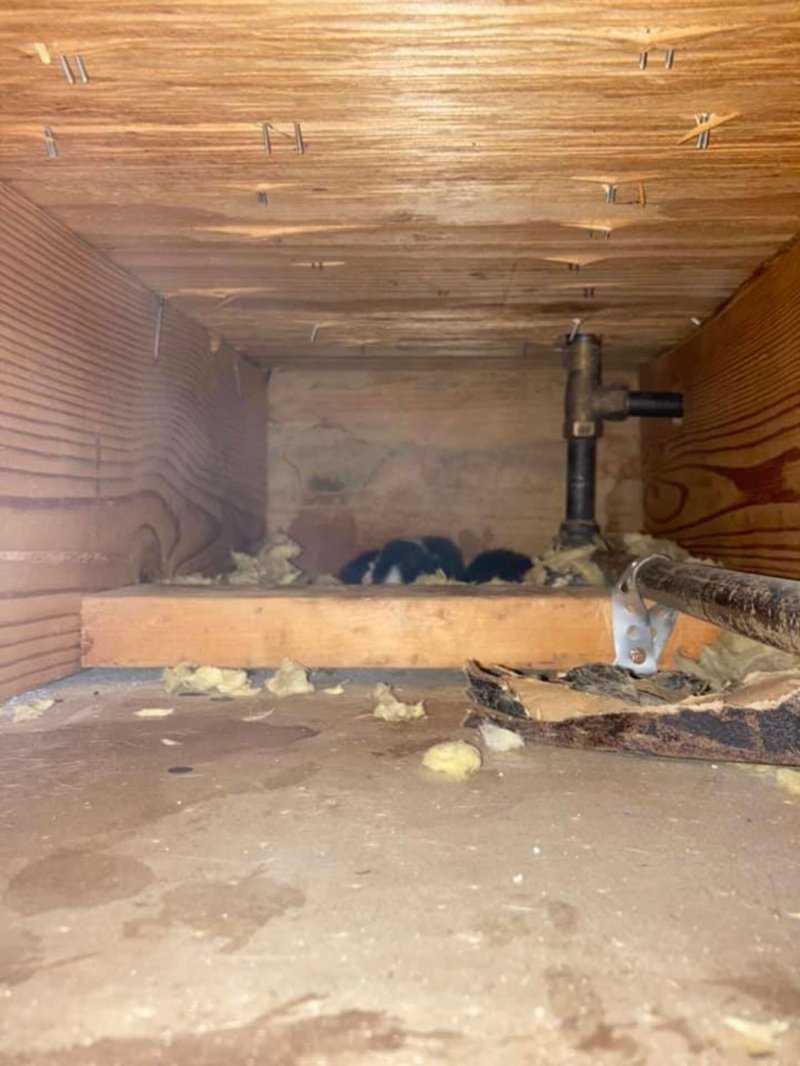 One day Mayhem even escaped from its room into the guardian’s unfinished storeroom and hid there right in the ceiling. Emily’s family tried to lure the cat out of there but to no avail. After a couple of days, the guardian realized why the cat had chosen to hide there. 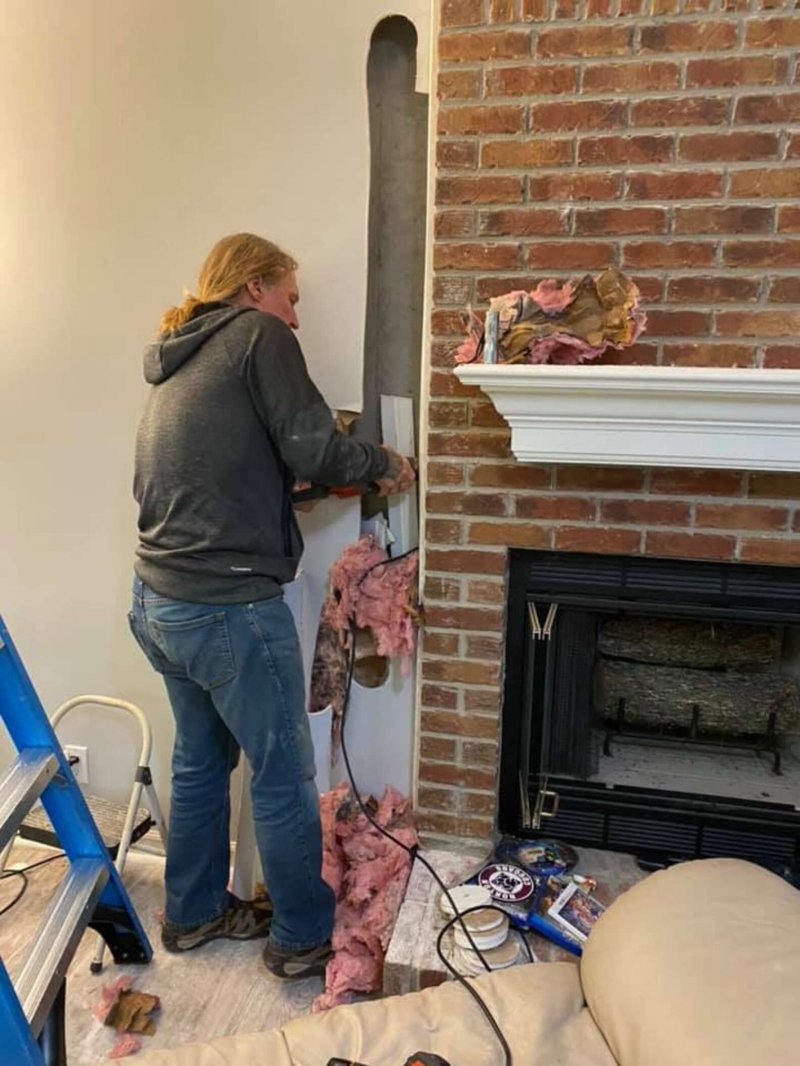 A couple of days later they heard a thin cat’s squeak from the ceiling – it turned out Mayhem had given birth. It had managed to give birth while secluded on the ceiling, and the guardian had to do a little renovation to get it out and help with the babies – but she succeeded. 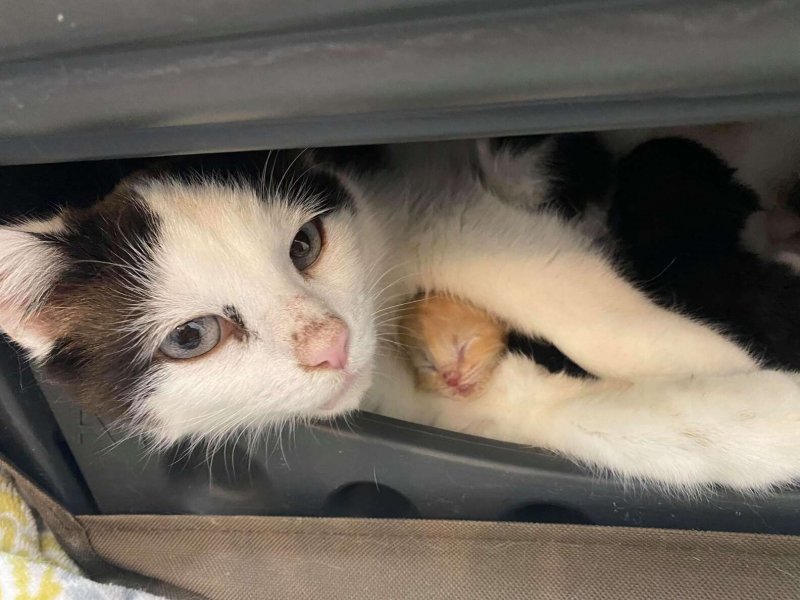 Emily managed to get them out, and the four kittens and their mother were perfectly safe. The kittens were completely healthy, and Mayhem, like a caring mother, did not leave them alone. Later, two more orphaned kittens, which were found on the street, were placed with Mayhem – the kitty accepted them on an equal footing with its own. 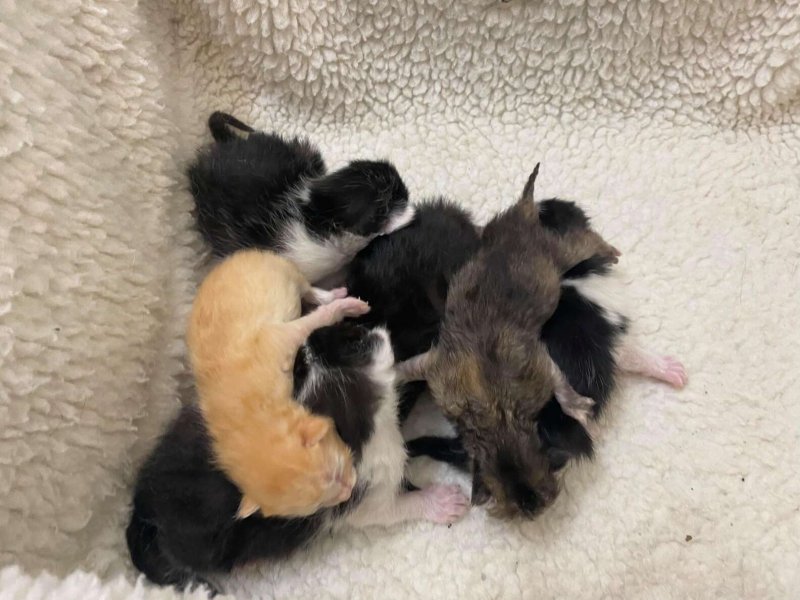 Now the kind kitty is taking care of six adorable kittens. When the kittens grow up, they and Mayhem will find permanent owners. 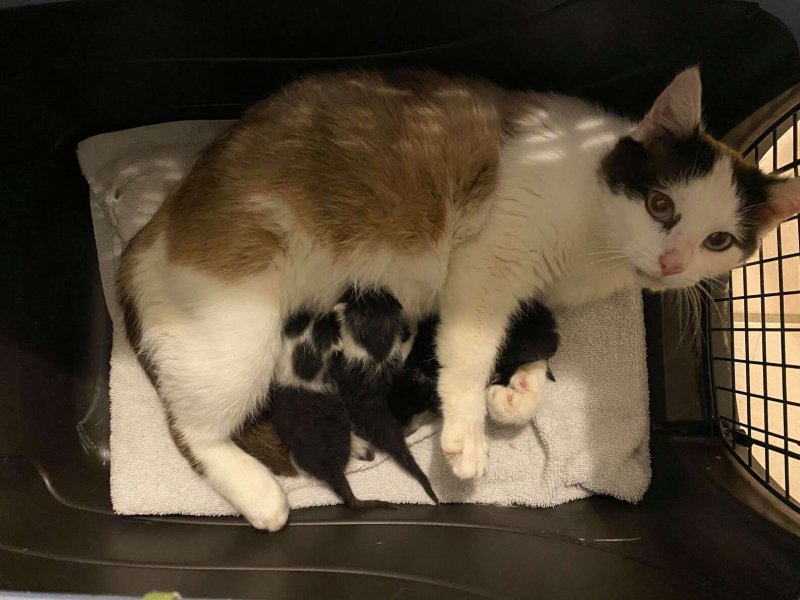