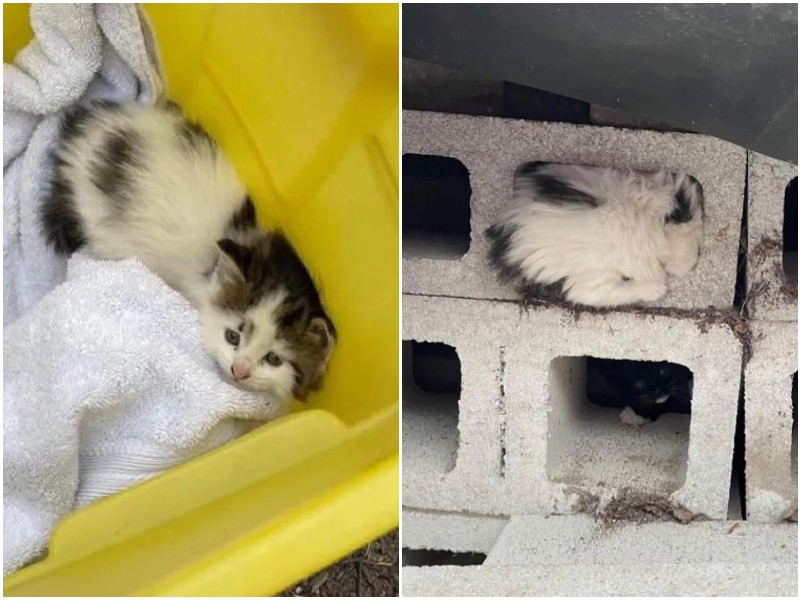 A family in Montreal, Canada, found a stray cat and its kittens in their backyard. One of the little kittens was hiding in a concrete block and would not come out. When animal rescuers arrived on the scene, the little one was still there. 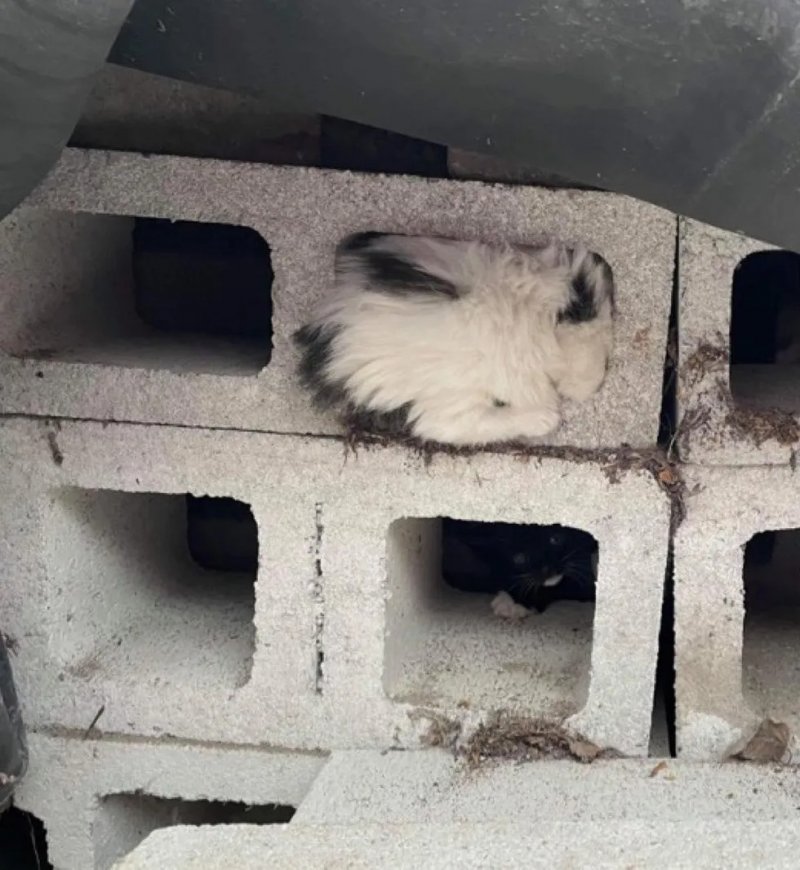 By that time, the mother cat had already left and moved the other kittens to another place but had left this baby behind. Rescuers asked the family to report the return of the mother cat, but it never showed. Then a volunteer named Stephanie temporarily took the fluffy baby in to take care of it. 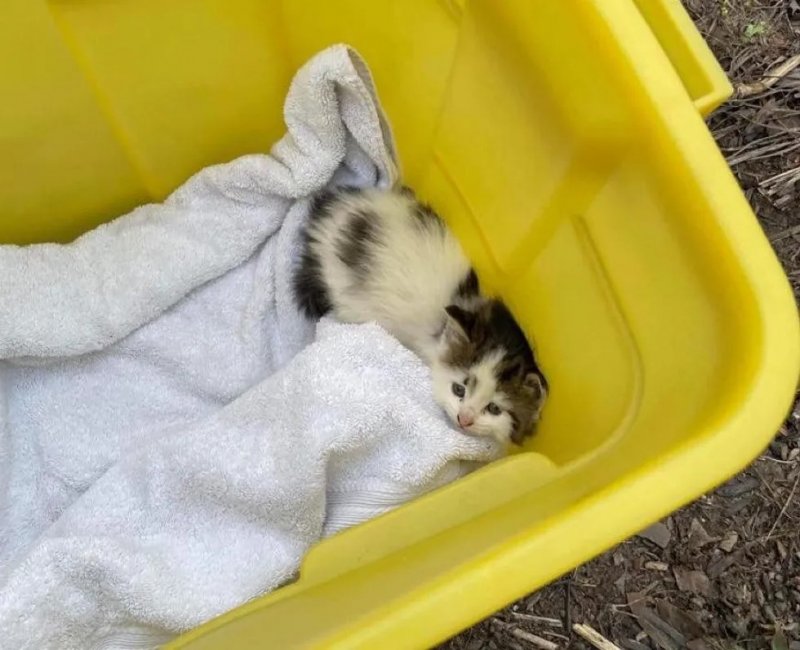 She named it Dayze. Dayze was about five weeks old and was very thin, frail, and shy. The guardian immediately noticed that the kitty had something wrong with one leg – it turned out to be crooked. X-rays showed that the cat had a congenital deformity, but it would not prevent it from living a full life. Then the guardian was reassured – the baby would be able to walk and jump like the most normal kitten, only its paw needed to be monitored periodically. Stephanie took care of the baby and gave it her love. The kitty responded to her with gratitude and even began to slowly open up. 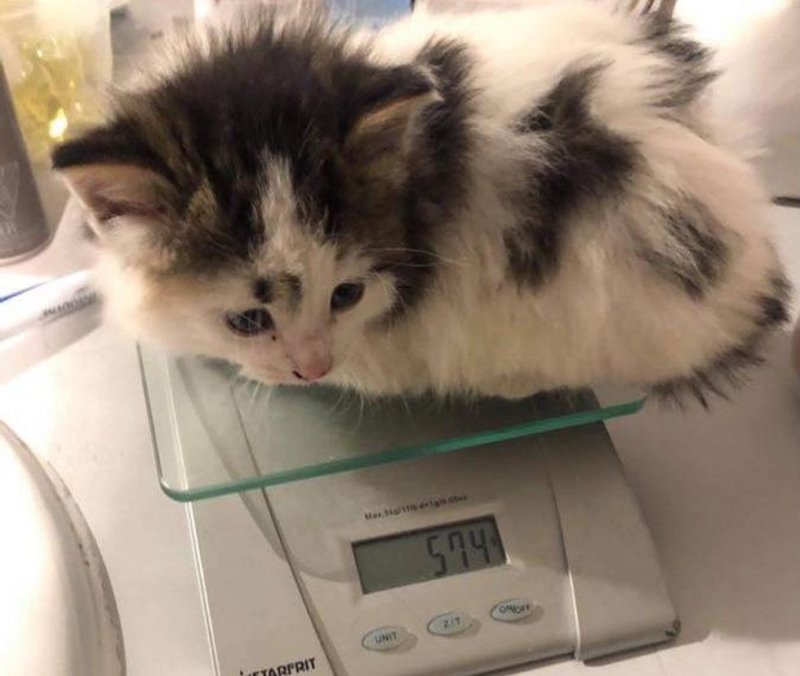 Daize quickly grew up, gained weight, and turned into a beauty from a battered kitten. It has become more active and playful, and now it loves to run around the house, asking for affection and food. This girl has come a long way in a short time and is now ready for a new chapter. 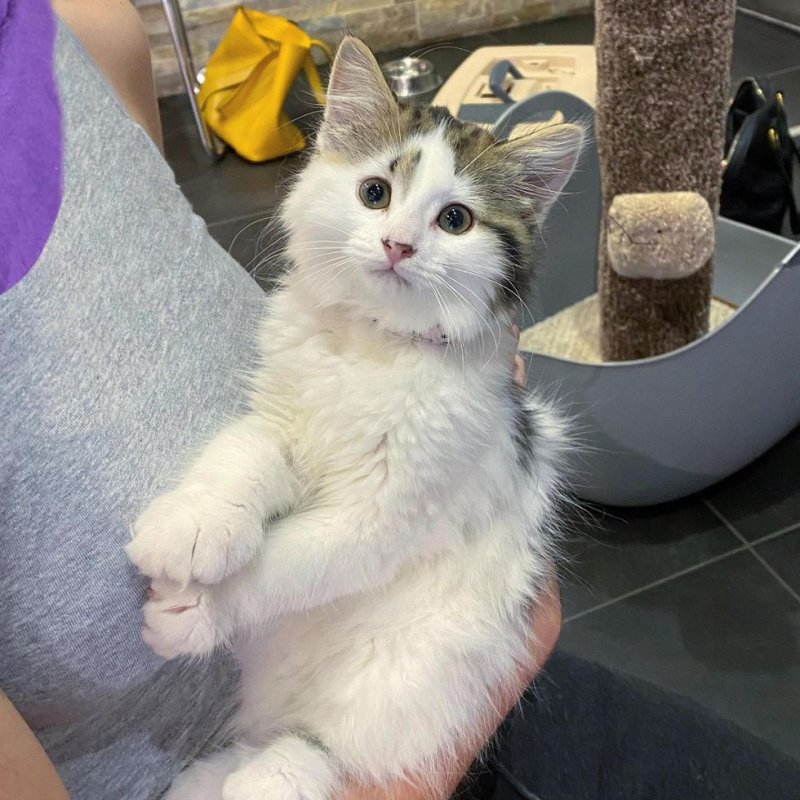 They are already looking for permanent owners for adorable Daize. Let’s wish this beauty to find the most loving home soon! 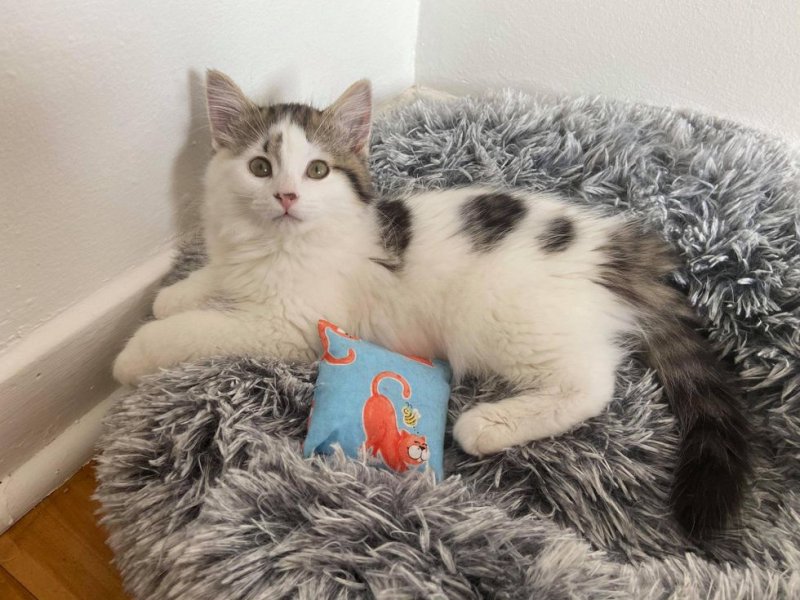