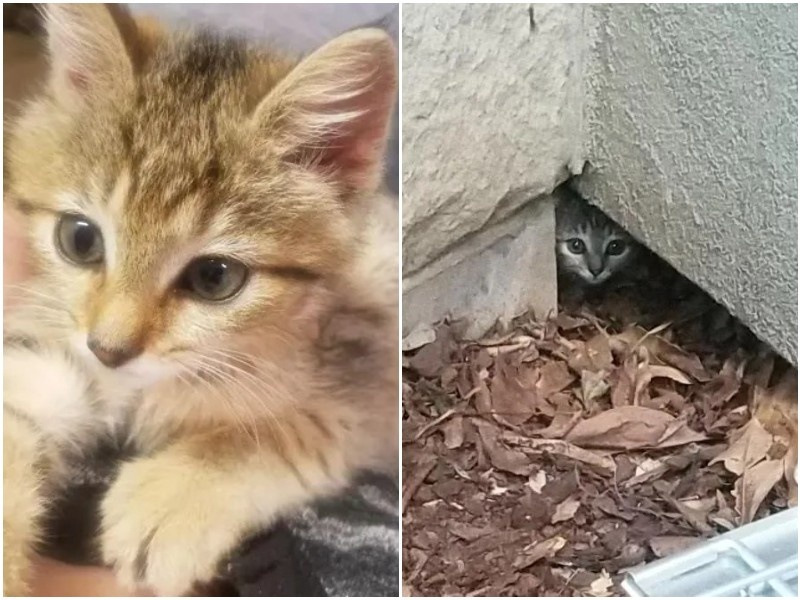 Passers-by noticed a little cat hiding under a building, looking around cautiously. The emaciated poor thing did not know where to go.

The residents of the American town of Huntsville spotted this kitten in the street. The frightened poor thing was hiding under a building, meowing softly and looking around fearfully. When people approached it, the little one hid immediately inside and refused to come out – it was very afraid of everything around it. 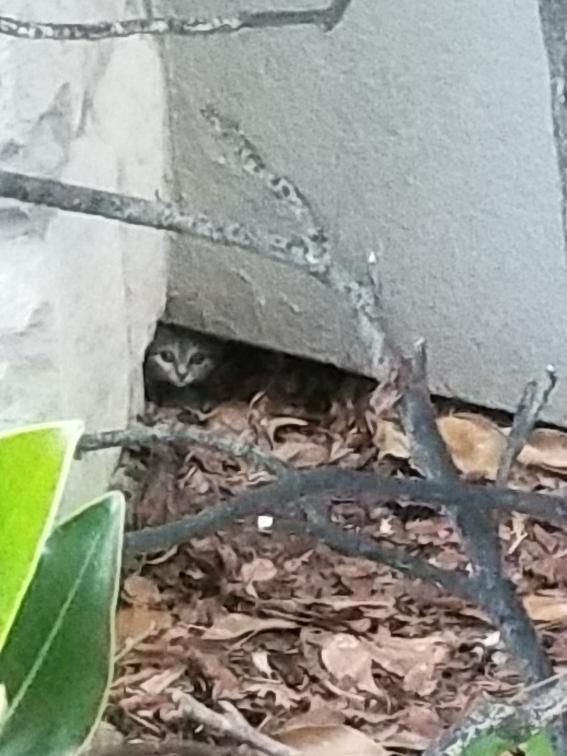 Kind passers-by contacted local animal rescuers and a volunteer woman called Mary responded to their request. When she got there, she saw the kitten in the same place. The woman was in no hurry to get the little one out – at first she spoke to it quietly, trying to gain its trust… 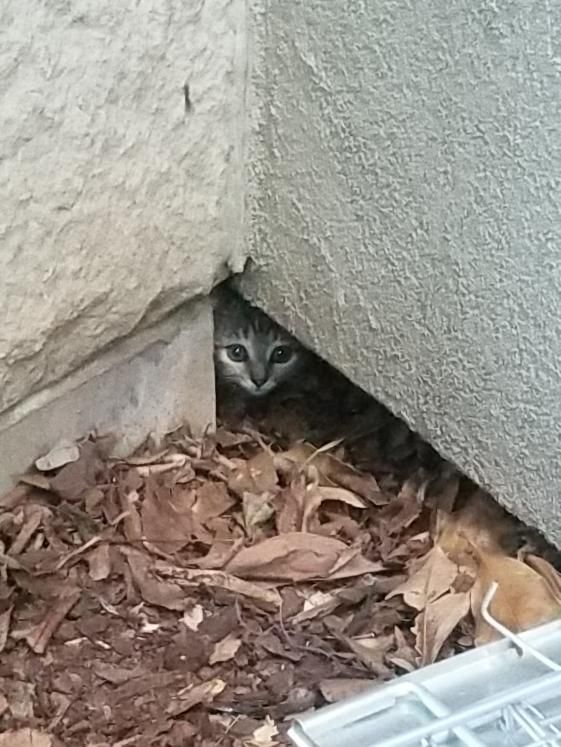 After a while, it was as if the kitten realised on its own that the woman would not hurt it. When Mary held out her hand to the cat, the cat came to her without any resistance. The kitten was gaunt and weak, so Mary took it into her care and gave it the name Belkie. 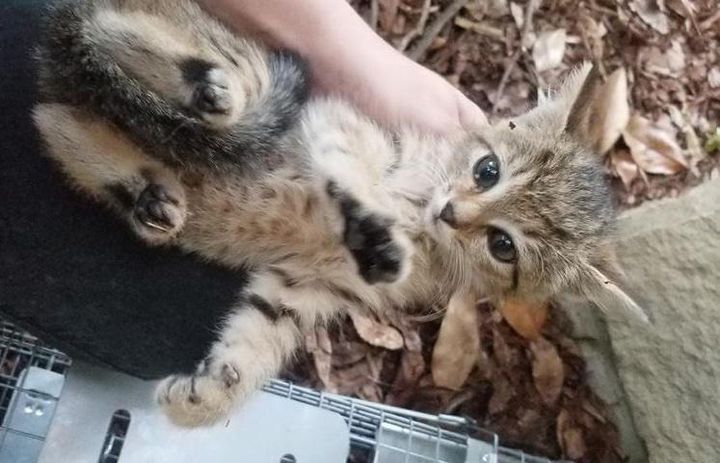 The guardian began to give the kitten medication, and fed it on a schedule in order to regain its weight and strength as quickly as possible. Belkie has turned out to be very sweet and affectionate – it constantly asks for the guardian’s attention and purrs on her lap for long periods of time. 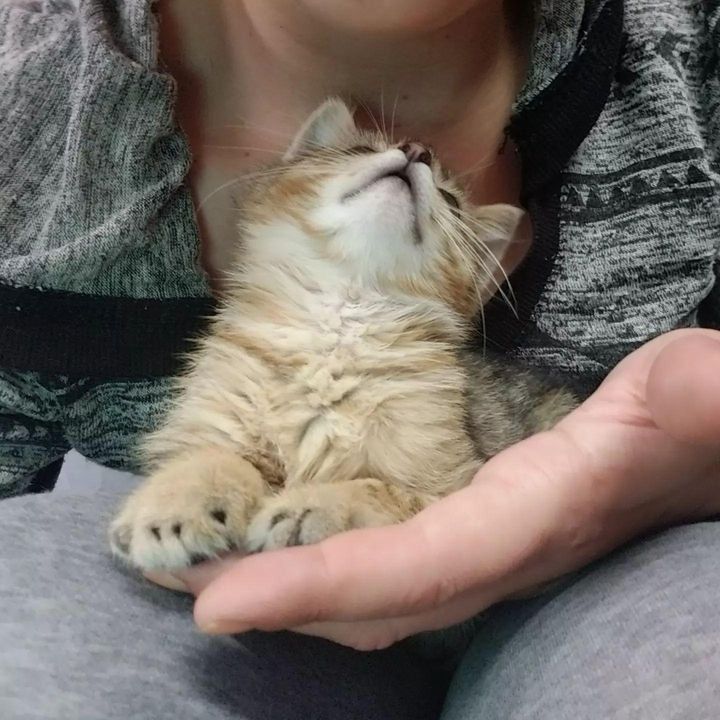 After two weeks, Belky was noticeably cheerful, much more active, and had gained weight. It took a long time for it to regain its appetite, but this had no effect on its energy level – Belkie remained as active, curious and playful as ever. 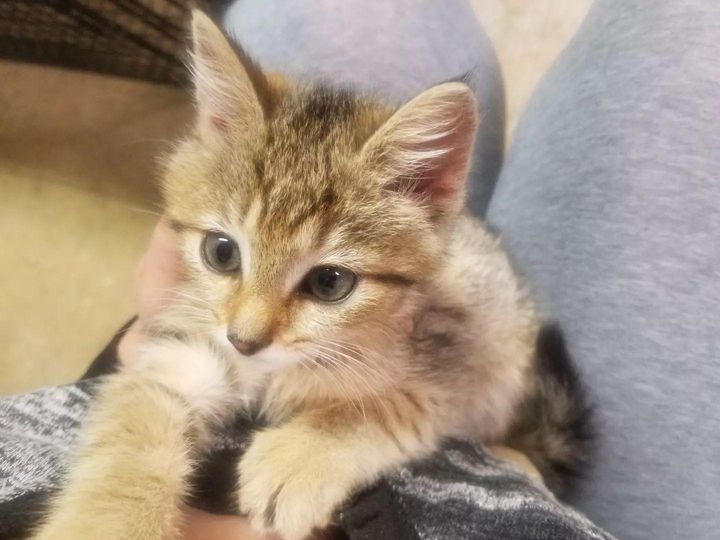 Volunteers have now found another temporary home for the kitty, where it can socialise with other kittens. They will find permanent owners for the cat at a later date. 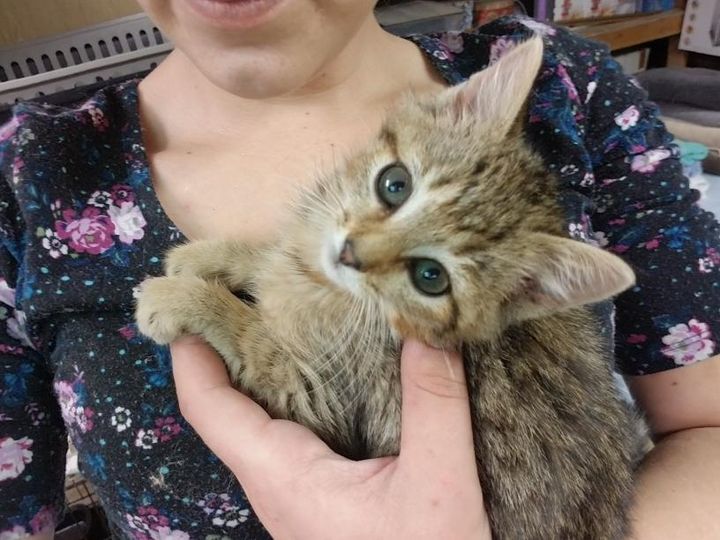