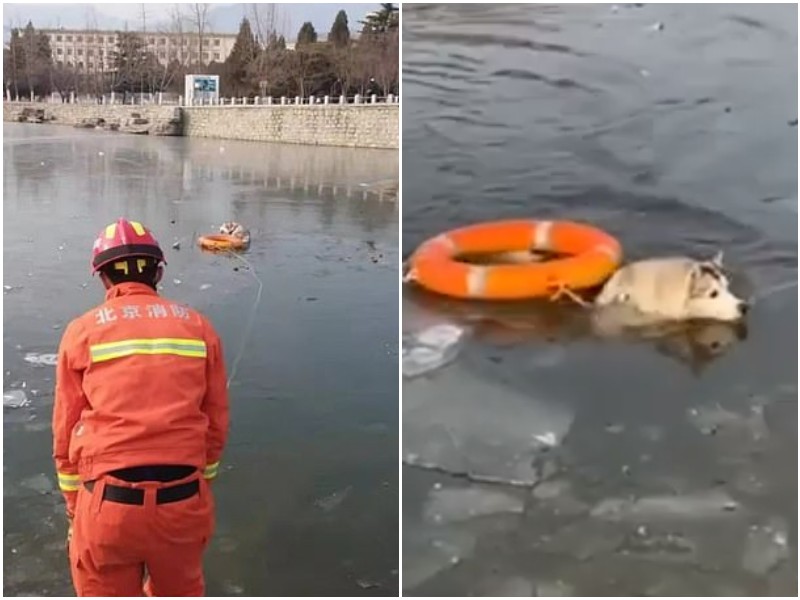 While walking in the park with its owner, a young husky dog suddenly fell into an icy lake. The frightened dog did not know what to do and began to swim restlessly in the icy water…

A resident of Beijing was walking her husky in a local park when suddenly, while walking, her pet fell into an icy lake. It had recently turned cold in the Chinese capital, so the dog may have frozen to death. The frightened husky swam in the icy water while its equally worried owner called rescue services. 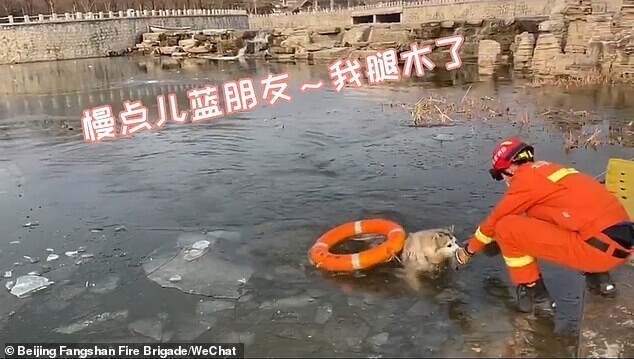 A team of firefighters came to rescue the dog. First they threw a rescue ring to the dog and the clever dog quickly understood what was going on – it grabbed the ring with its paws and then swam to the shore while the rescuers helped it. The exhausted and frozen husky collapsed once on the shore – its paws were frozen over. 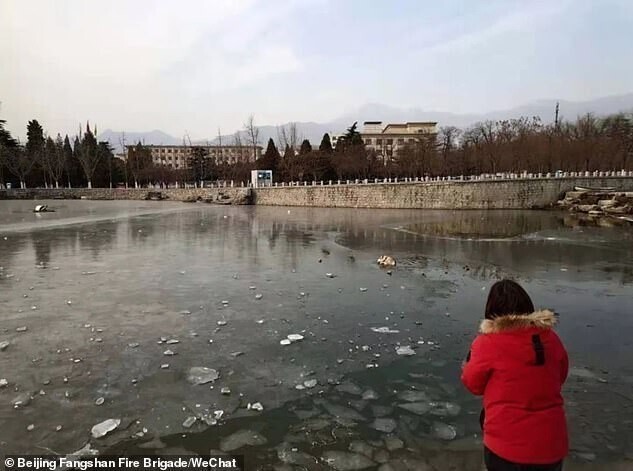 Luckily, the husky was unharmed – once it was warmed up a little, it immediately felt much better and walked on. Local rescuers warned owners to take good care of their pets and avoid situations like this. 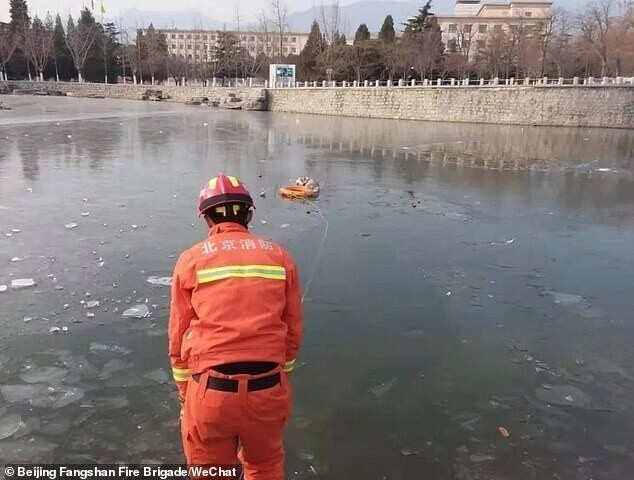 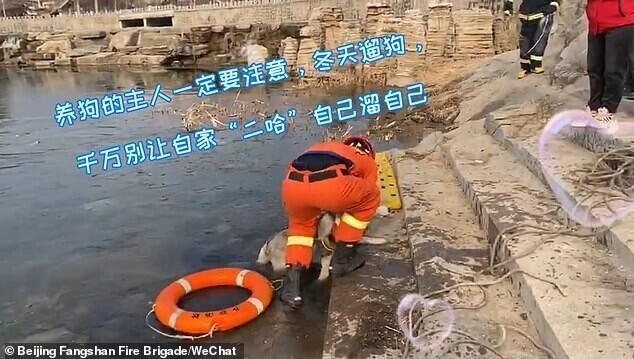 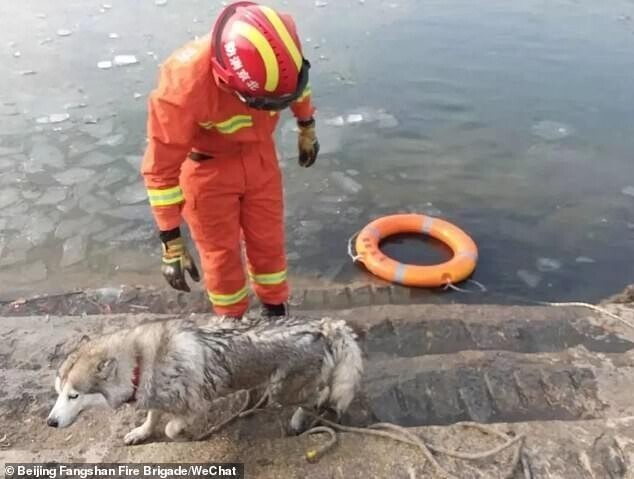