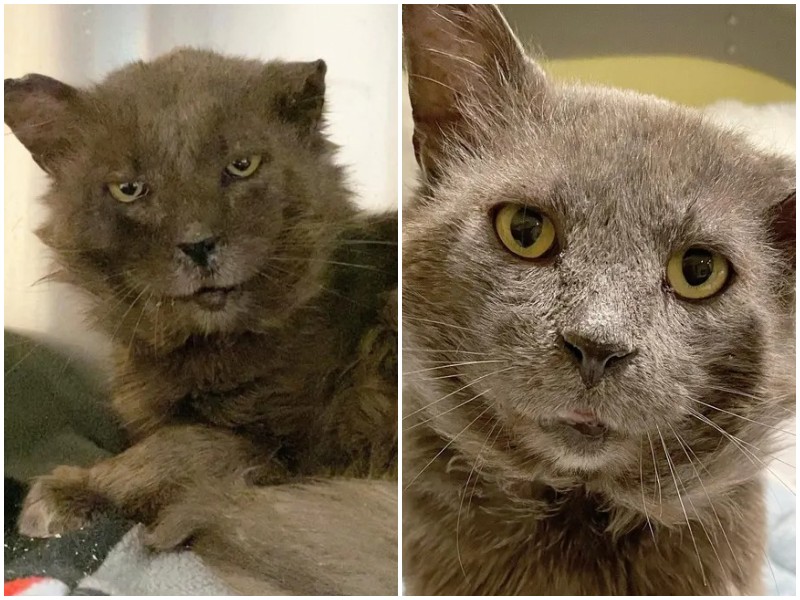 The fighter cat with scars and many illnesses had already got used to life on the streets, which had left its mark on it. It had already lost hope of ever being loved, so it couldn’t believe its good fortune when it was first noticed by passers-by…

This badly wounded fighting cat was picked up on the streets in North Carolina, USA. Years of street life had left their mark on this mate – it was covered in scars, found to have many health problems, and was terribly afraid of people. 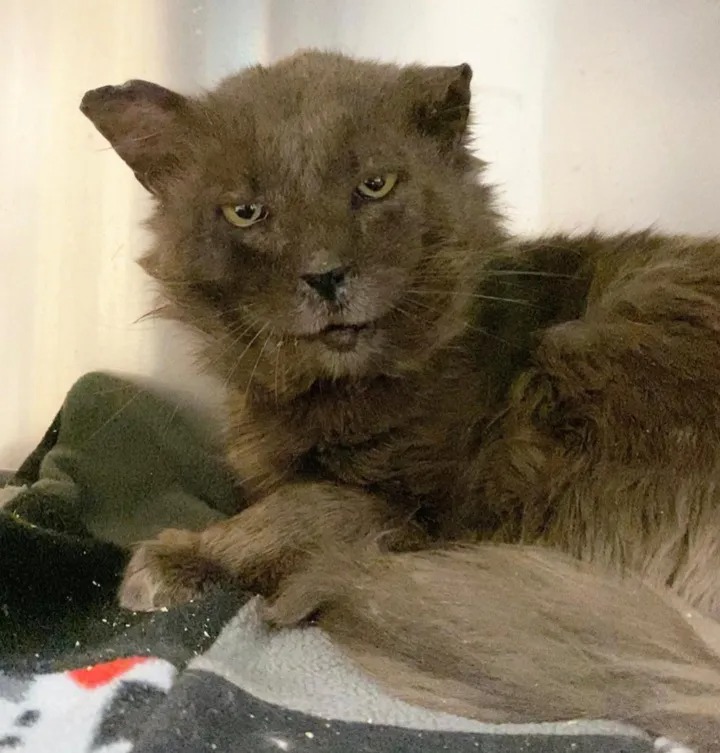 Passers-by noticed the cat and took it to Lost Dog and Cat Rescue. The staff were shocked by the cat’s condition – among other things, it was missing one ear and the other was damaged from fighting. 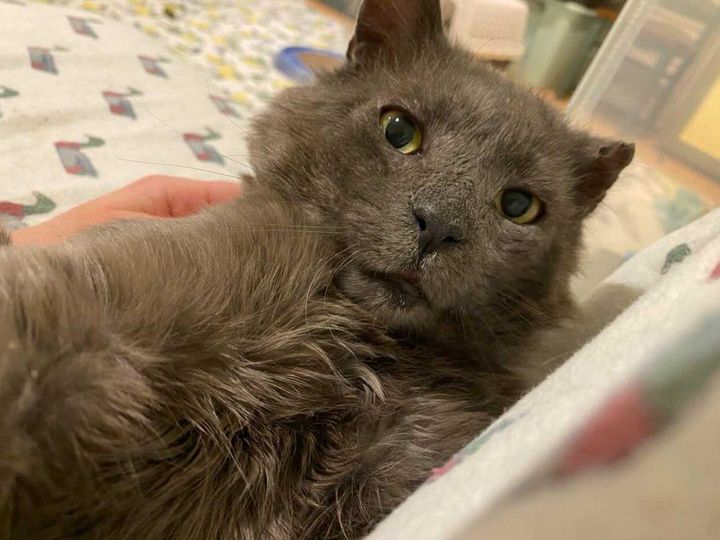 The cat had hardly any teeth, suffered from a respiratory infection, and its fur was all in tangles. Despite all its woes, the staff gave the boy all their love. The cat, named Mason, soon realised that they would not hurt it. 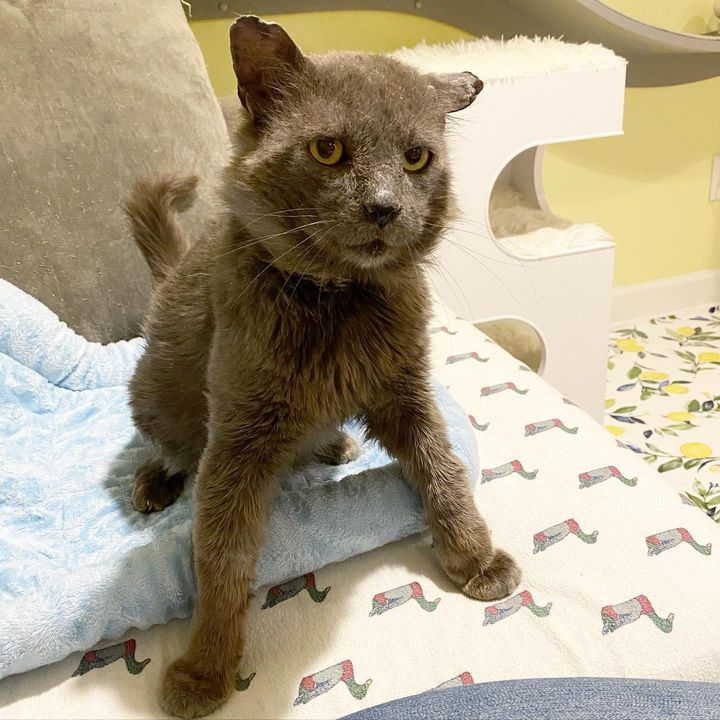 A volunteer named Jen has taken Mason into her care. She has been treating the cat and has gained its trust. The first few days the cat hid in corners, looking out only to eat, but in time it got better. 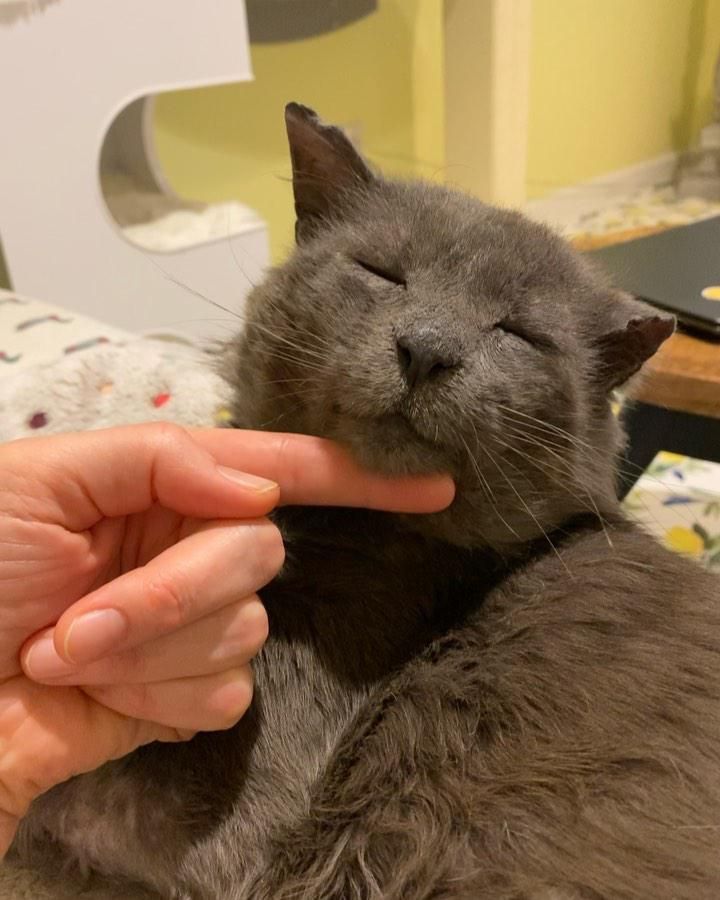 The cat was in pain during some of the procedures, but it still reached out to the guardian, showing its trust and gratitude. Soon it even started asking for affection, which the guardian simply could not believe. The battle-cat’s heart melted. 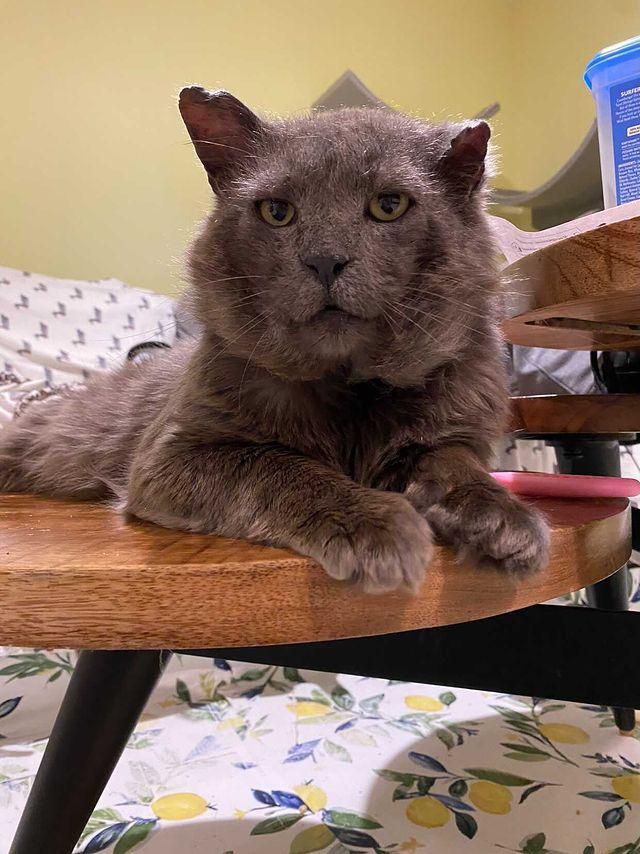 Despite its brutal appearance, Mason proved to be a very sweet, kind and grateful cat. Its guardian’s love did the trick – it opened up and also recovered quickly. 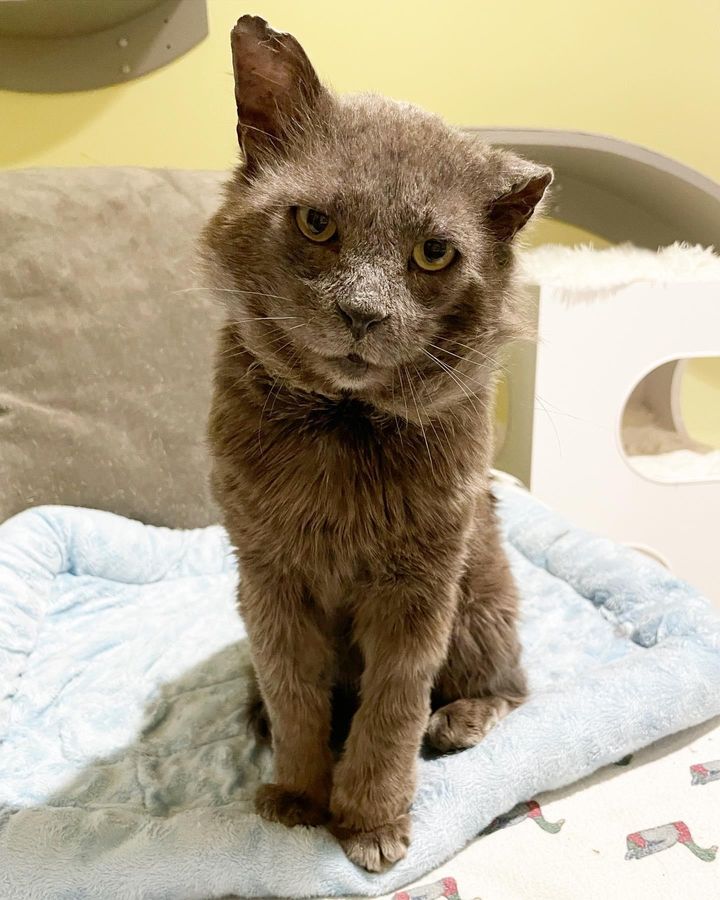 In a short time the cat’s appetite has improved dramatically, it has recovered and it has become much more confident. Its fur is much thicker and it is becoming more adorable by the day. 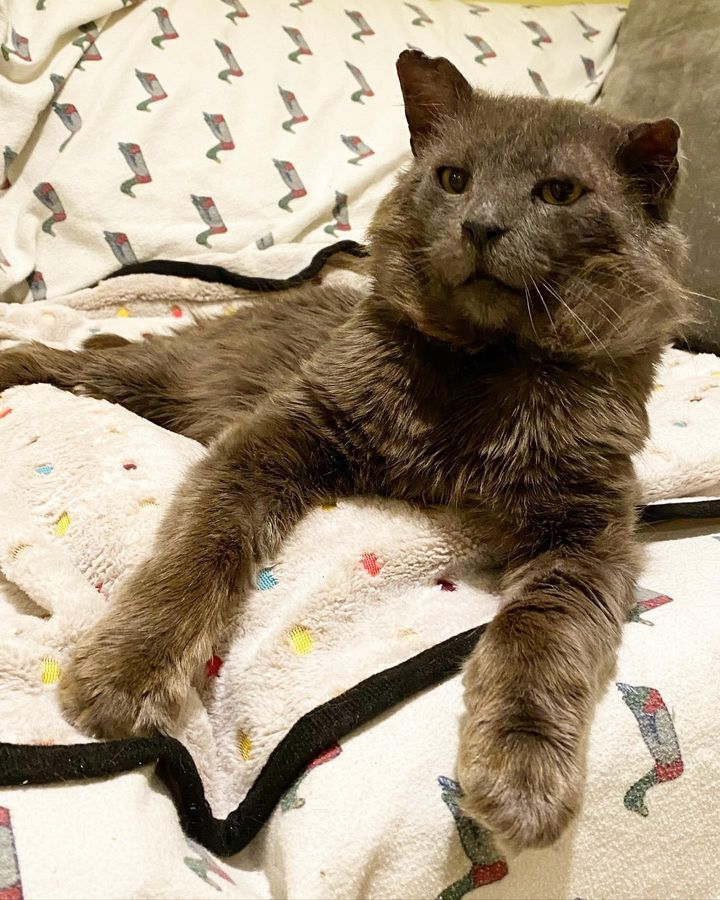 They will soon be looking for permanent owners for Mason, who will give the cat lots of love. Let’s wish this gentle cat finds the most loving family! 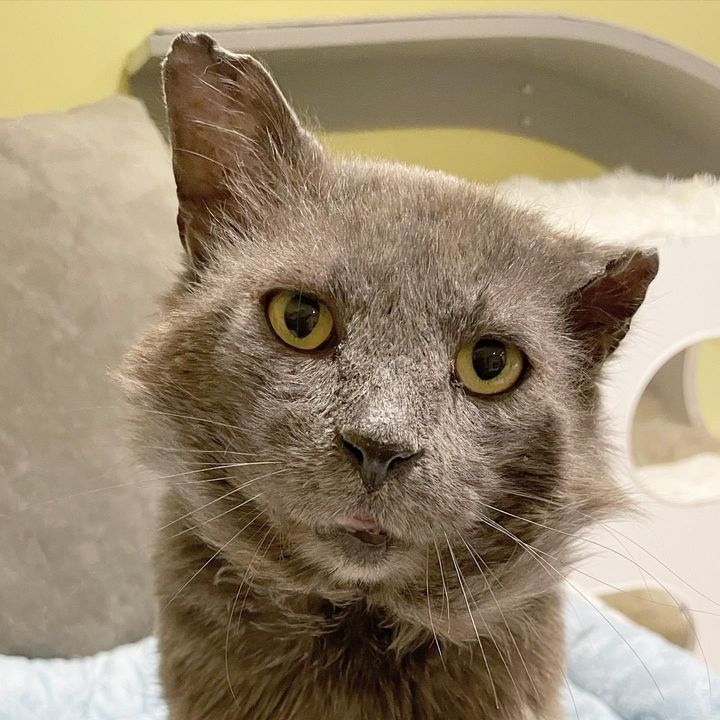