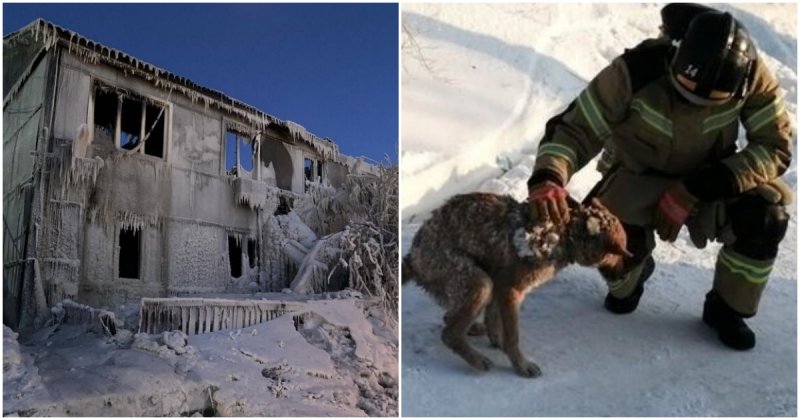 A house caught fire in Yamal. The two-storey house burned down and it took 12 hours to completely extinguish it. The residents managed to evacuate.

However, not everyone was saved.

Two days later Tatiana Tokoreva, a local resident, called the emergency services to report a dog whimpering under the rubble. The rescuers immediately went to the scene. 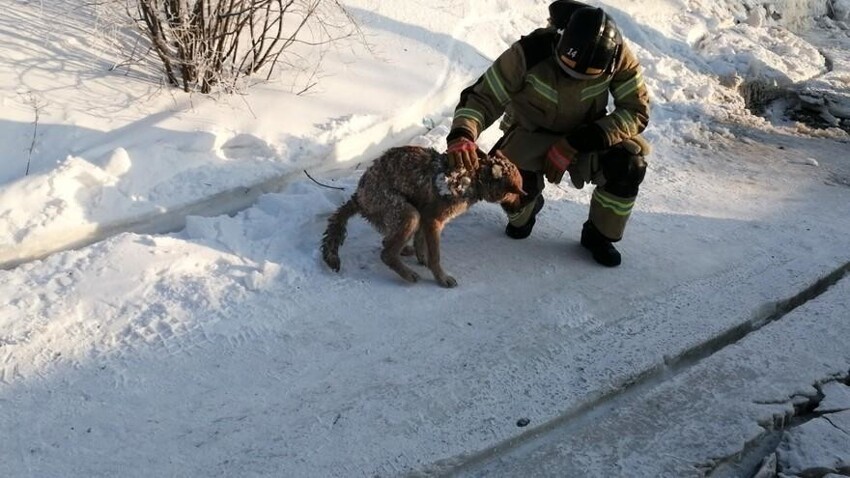 The emergency services pulled the animal out from under the ice and ash, cut its frozen collar and returned it to its owners. 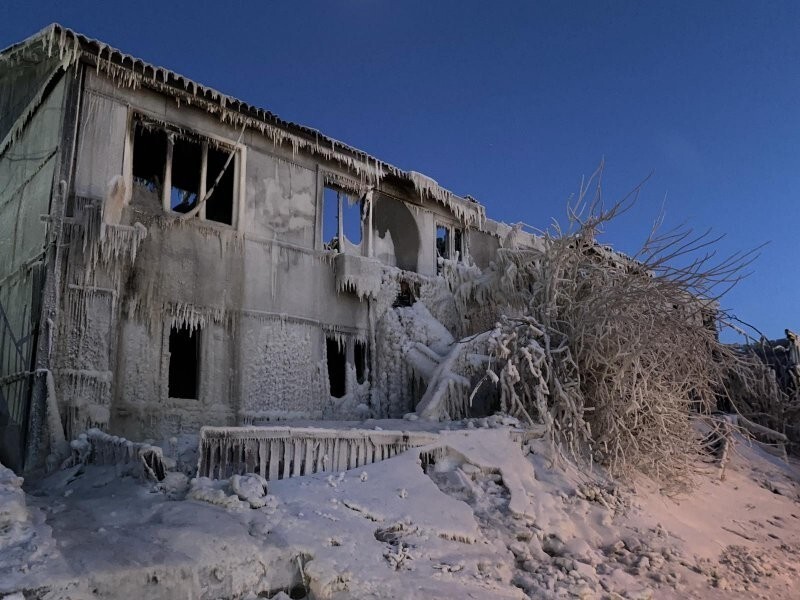 The owners tried to rescue the animal with their own resources, but they were unable to get the dog out from under the ruins and ice captivity. 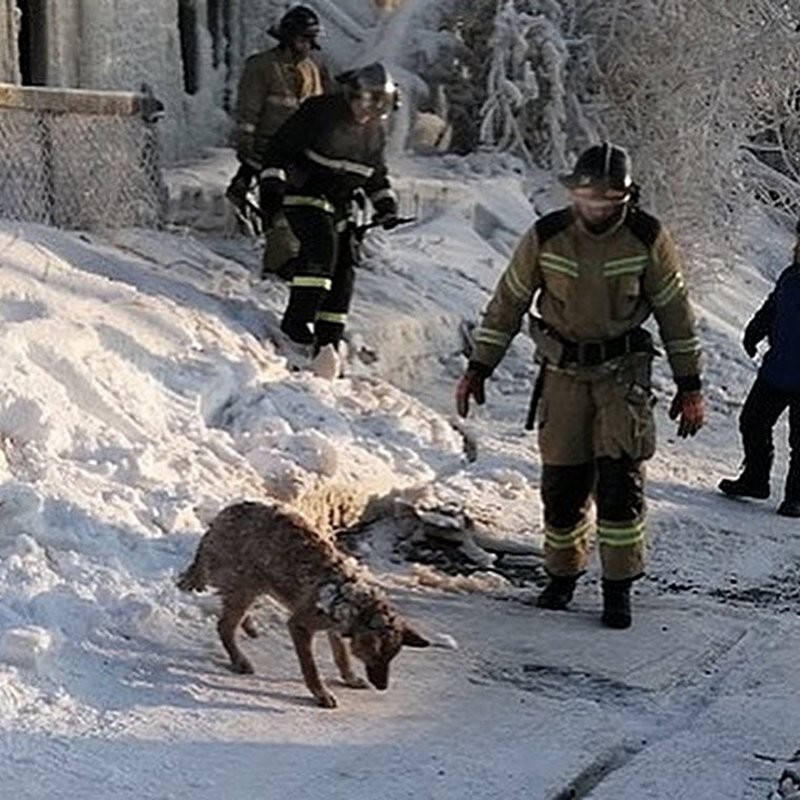 The poor creature was under real stress, trapped for 2 days, and now the animal awaits recovery under the care of veterinarians.