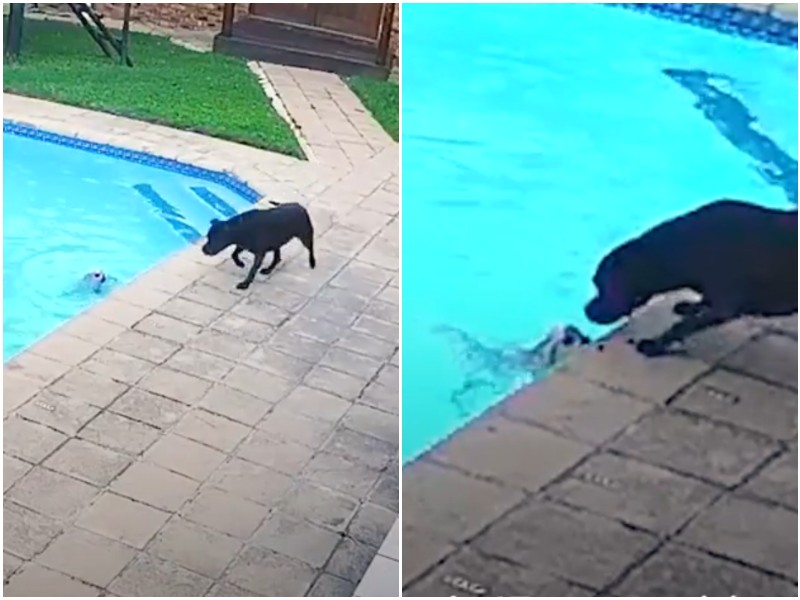 The American couple went shopping as usual and left their two dogs, Jessie and an older Chihuahua, Chucky, at home. When they got back, they noticed that little Chucky was wet and very agitated, and they were worried that something must be wrong. 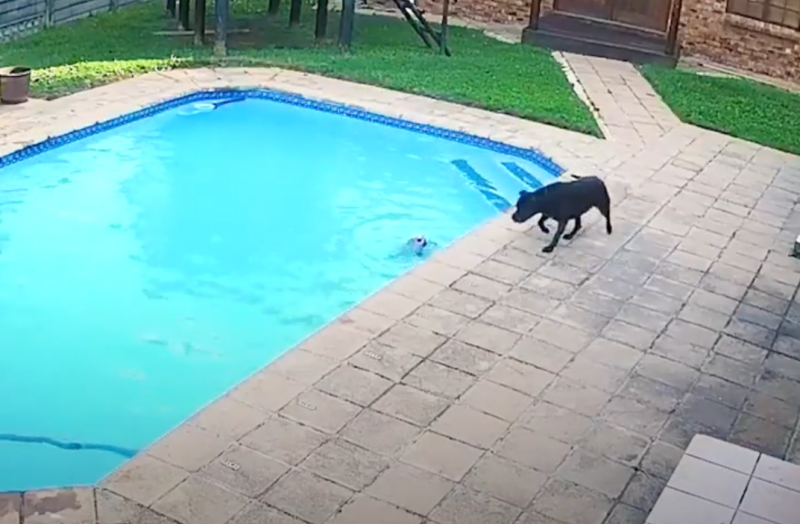 They decided to watch the CCTV footage and were shocked by what they saw. It turns out that little Chucky accidentally stumbled with its paws and fell into the pool. When Jessie saw it, (it was the other dog), it immediately rushed worriedly toward the pool. 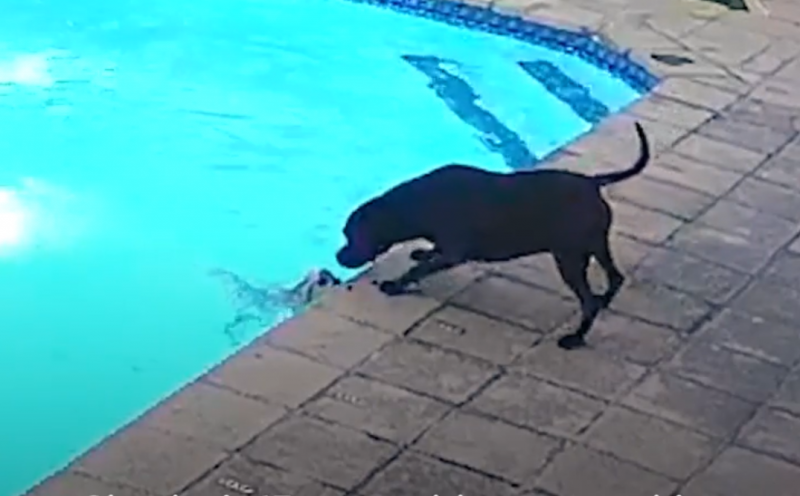 Jessie realized a friend needed help and started barking restlessly and running around it. “Jessie tried to pull Chucky out gently and gently so as not to hurt it, and at one point it seemed like Jessie was about to succeed… but the attempts were unsuccessful,” says the owner, Melissa. 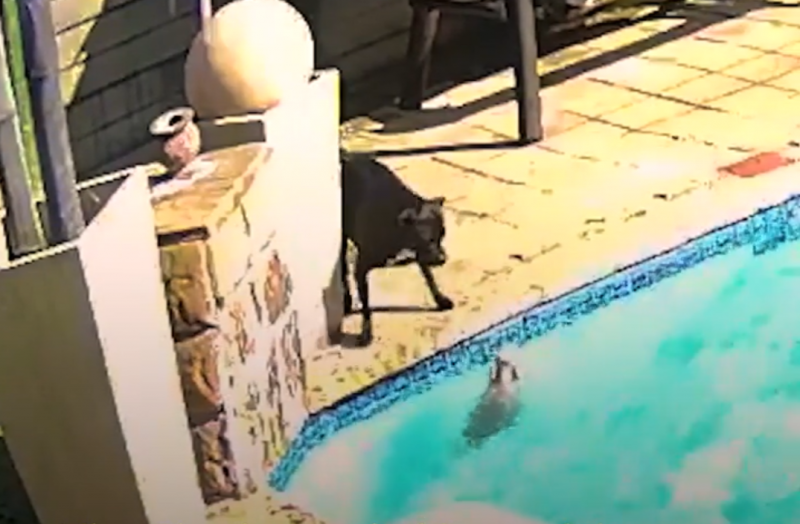 “Chucky is 13 years old and seeing how long it took it to swim in the water broke our hearts – because it’s so old,” says the owner. 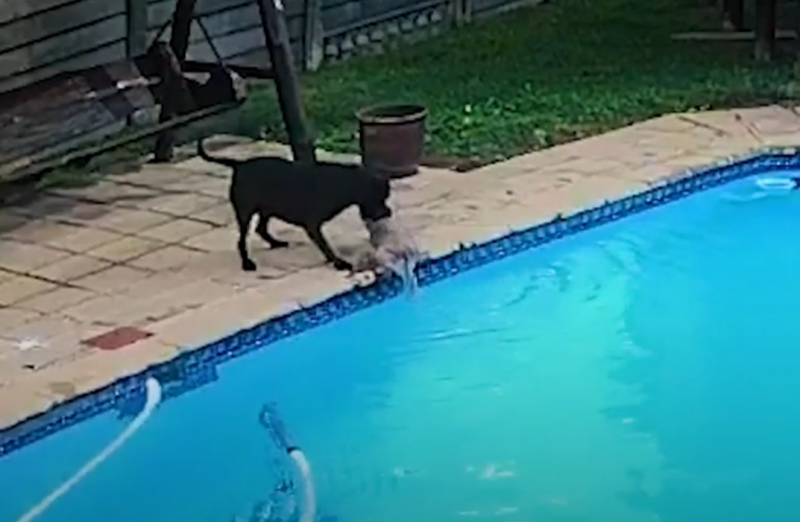 Finally, at one point, Jessie managed to get a hold of Chucky and was able to climb out onto the side. Jessie pulled Chucky towards it and helped it out as best it could – and finally it worked! Chucky was free thanks to its faithful friend. 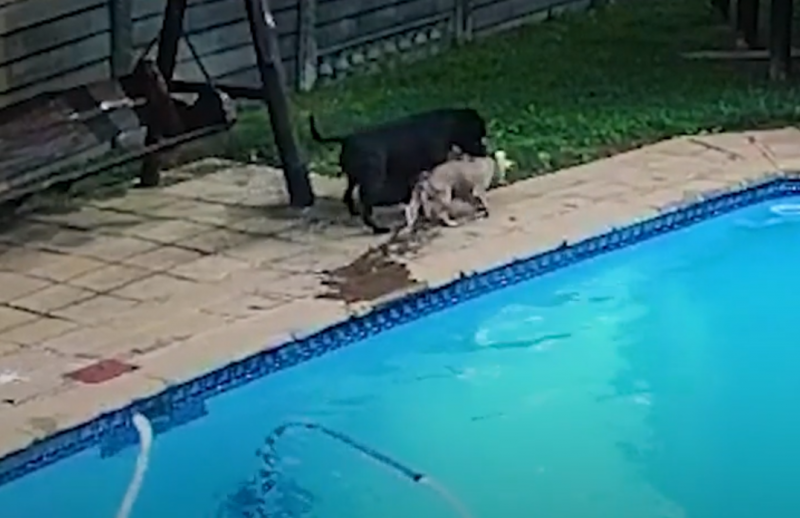 The frightened dog was still recovering for a while, while Jessie sniffed and calmed it down. But that day Jessie proved to be a real hero as it saved its friend’s life. Chucky proved to be a brave little fellow, too, for it was no way it would give up.