In a telephone conversation, the man reported that he saw a dog that was hit by a car. The animal could not get up on its paws, so the man brought for the doggy water, some food and stayed nearby, waiting for the arrival of volunteers. 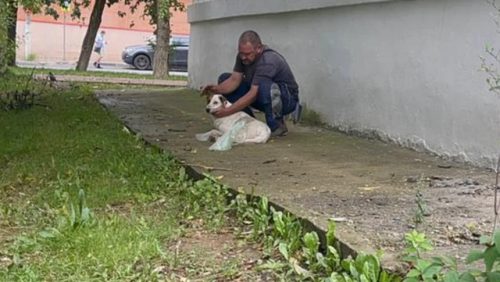 The animal was immediately taken to the veterinarian, after the examination, the doctor sent it for an X-ray. 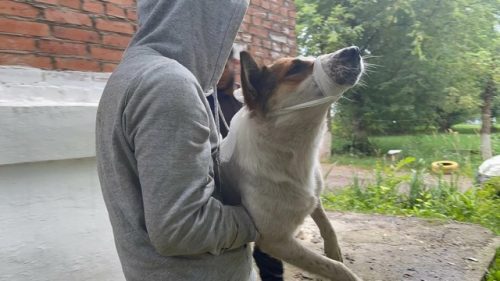 A paw fracture was visible in the picture, but since there was no bone displacement, the veterinarian decided to leave everything as it is for self-splicing. 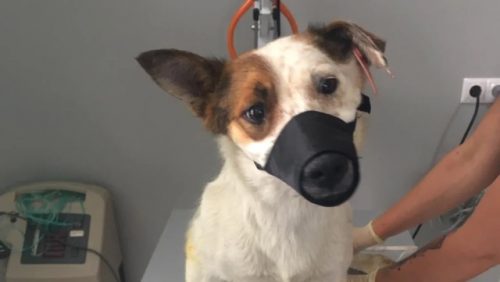 The dog, who was named Phoebe, has a clip in her ear, but there is no data on the clip, so an ultrasound is needed to check whether the animal was sterilized. 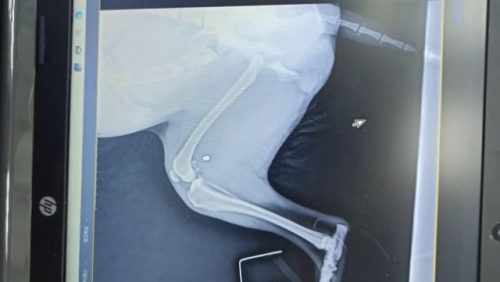 While it will not be possible to do this – monetary expenses for animals with complex diseases do not make it possible to find the money for examination. In our practice, there have been cases when dogs with clips brought puppies. The ear from the mark is injured, it also has to be treated. 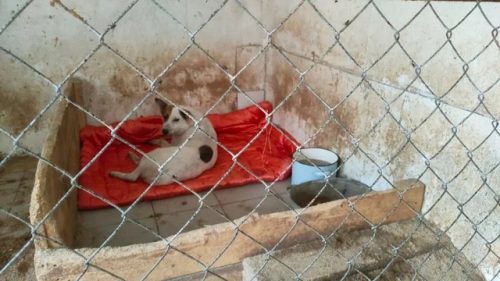 In the shelter, a separate room was allocated for Phoebe, because rest is needed for bone fusion, and the dog also receives a special diet that contributes to a speedy recovery. 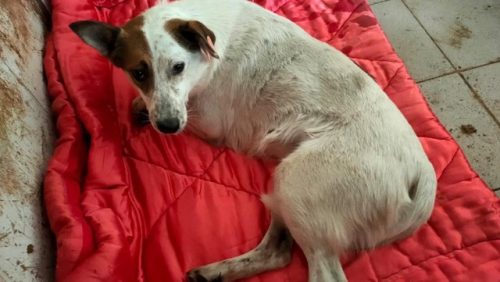 Phoebe is a very cute animal, albeit with a sad look. She’s been through a lot in her life. It seems to me that the dog was not sterilized, but simply put a clip, doing it very carelessly and without observing sterility. As soon as possible, we will test this theory, and in the meantime, Phoebe is sleeping, eating, and recovering.