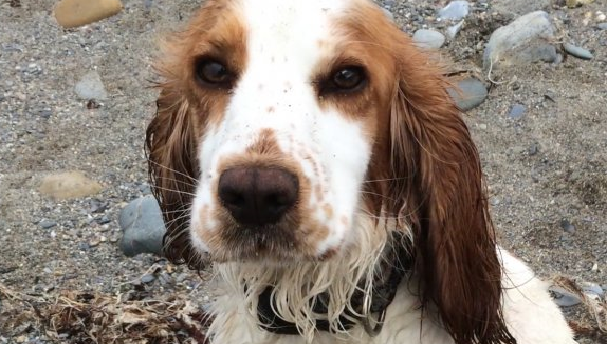 That day, 42-year-old Rich Wilcock and his dog went for a walk on the beach and took pictures. But his dog suddenly noticed something…

The young Cocker spaniel did not obey his owner at all and kept running away in the opposite direction. The man began to call the dog, but she showed that it was necessary to follow her. 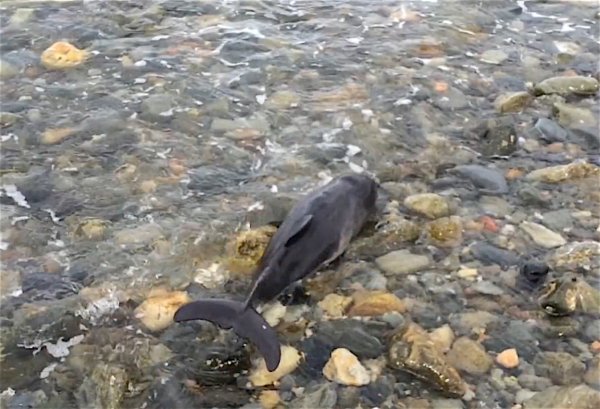 “I wanted to continue taking interesting photos. But the dog was running behind my back. She demanded to go after her,” he recalls. “Not only has she never barked at me like that before, she began to emit completely unfamiliar intonations to me.”

Still, Rich gave up and went where the dog called him. He soon realized what the reason was. They saw a baby dolphin stuck in the rocks on the shore. The sea was raging around, but the baby was alive. 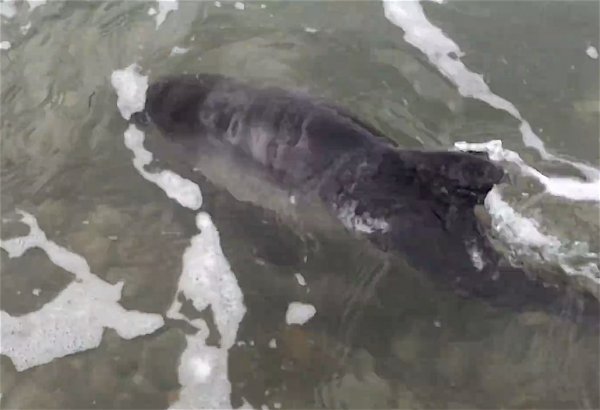 The man wanted to call rescuers. But there was no communication at all on the shore. Wilcock decided to save the baby.

“Come on, kid!” — slowly pushed him to the water from the stone surface. But the animal was exhausted.

He began to call out to the cub and push it harder into the water until the salt waves licked his face. The cub began to slowly move his flippers and gradually began to try to swim. 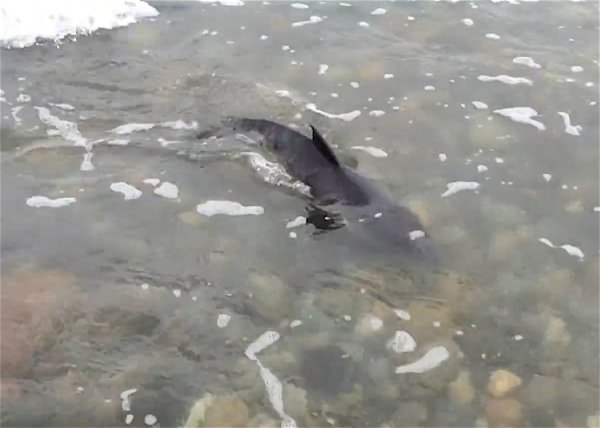 But then a very strong sea wave rolled in and threw the dolphin back to the rock. The man panicked and almost started screaming, encouraging both himself and the cub, because he did not want him to die

Picking him up again in his arms and began to go deeper and deeper into the water to release him into the water away from the rocks. Finally, he felt that he had already moved to a sufficient distance where it was safe for the cub. He let him go and felt relieved that everything would be fine now. 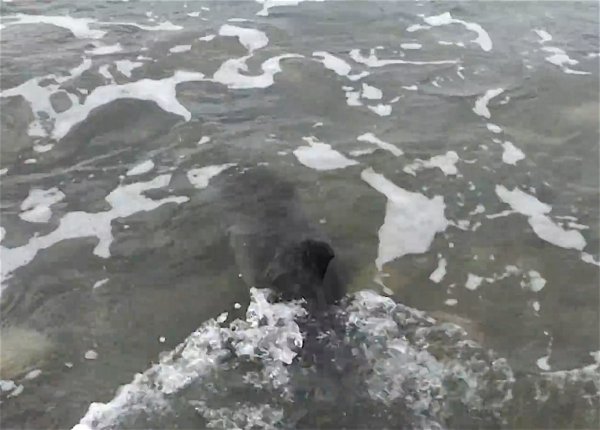 A little later, he saw a dolphin’s fin flash over the water and the cub swam into the depths of the sea.