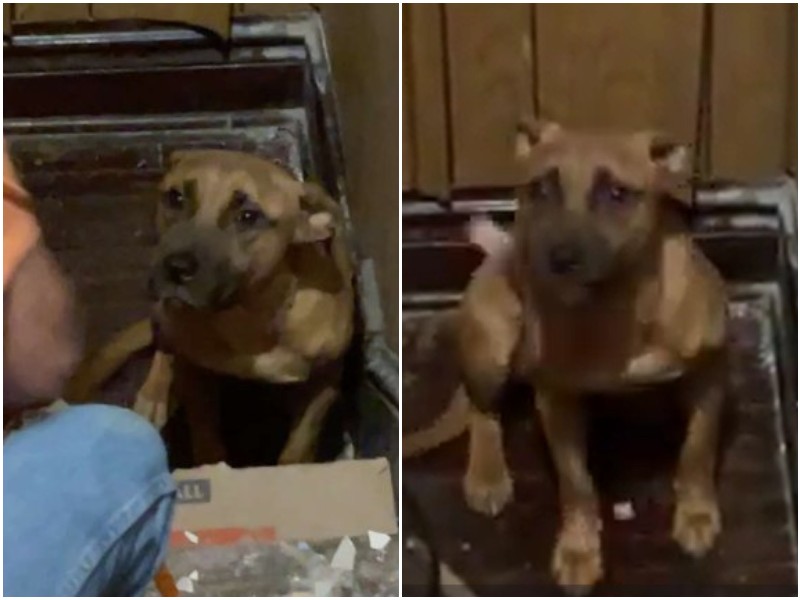 A landlord noticed an abandoned dog being slaughtered while inspecting one of the houses the tenants had recently moved out of. It turns out that this is how they decided to get rid of the dog – simply by leaving the animal in the house… 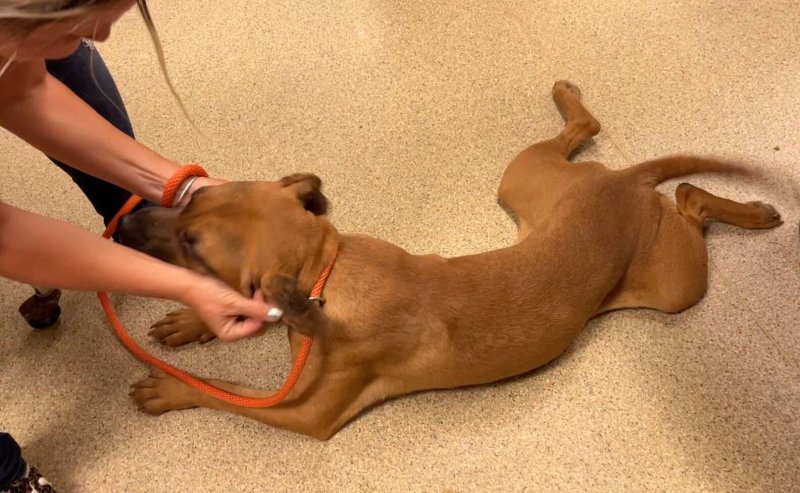 A resident of the American city of St Louis reported the dog to the local emergency services. The landlord told staff that he had found the dog in one of his houses, where a family had moved out a couple of weeks ago. It turned out that this was how they had decided to get rid of the poor dog. It had been living in the house all this time, and when it saw people, it got scared. 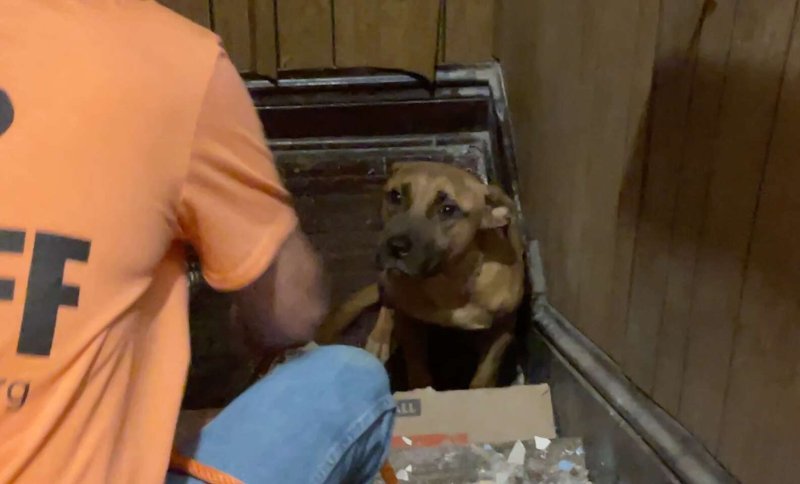 When the rescuers arrived at the house, they saw the timid dog hiding from them behind the stairs – where its owners had left it. Fortunately, it managed to survive the two weeks – its former owners had bothered to leave bowls of food and water for it. At first, volunteers tried to gain the dog’s trust by throwing treats at it – the hungry dog ate them all at once, but was afraid to come close. 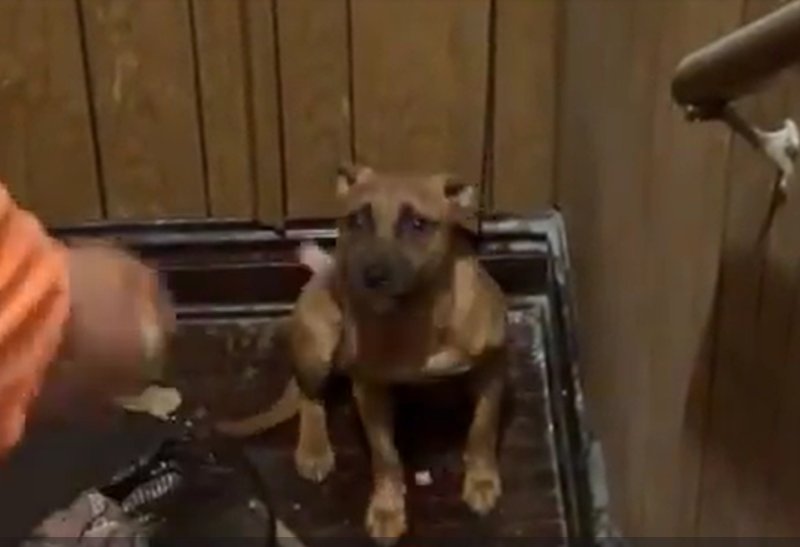 But after several attempts, the dog trusted the volunteers, and they had no trouble putting the collar and leash on it. The shelter identified the dog as a mongrel boxer and about two years old. It was named Freon and its condition was taken care of. The dog was in good health and after a few days, everyone around it fell in love with this cute boy. The dog turned out to be very kind and sociable. 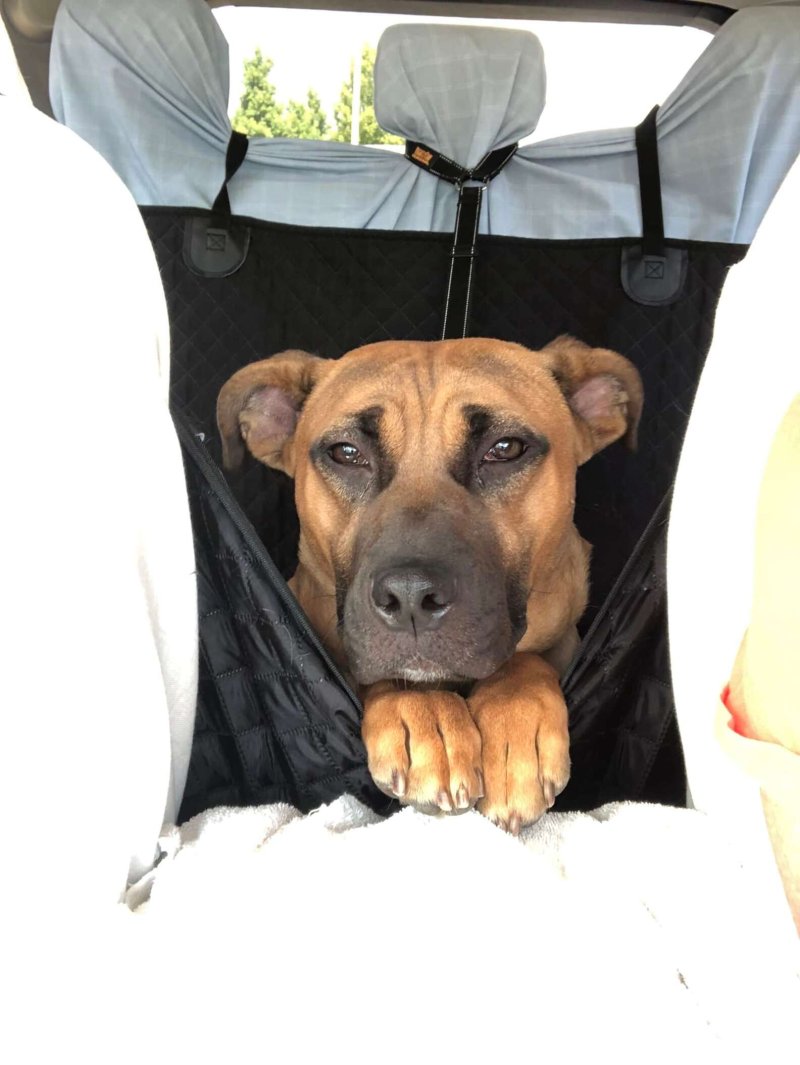 That is why when the time came to look for owners, there was no need to wait long. Freon now lives with a new family, where they love it with all their hearts and will never hurt the dog. This faithful boy with a sensitive heart deserves the most sincere love. Thank you for saving it! 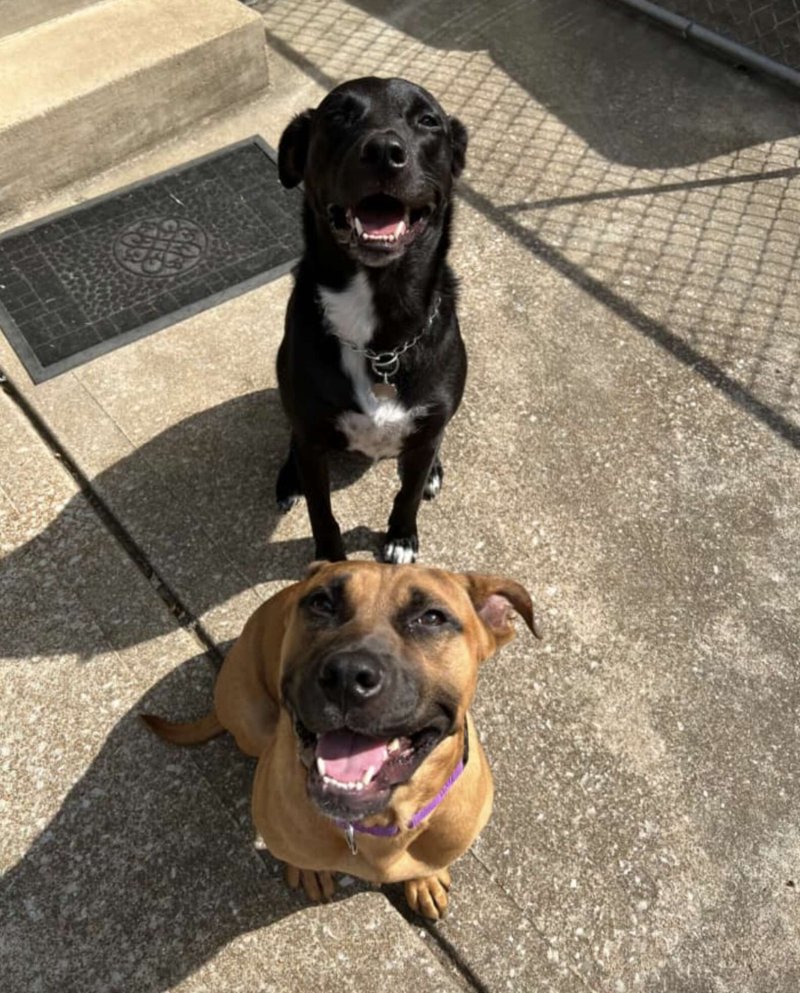