A woman came to the animal shelter to pick up two kittens who had recently become orphans. At the shelter, Jeanne noticed a red-haired cat who had paralyzed hind legs. The sick kitty, whose name was Fanya, was of no interest to anyone and in the future she would have been euthanized.

Jeanne wanted to help the baby, give her her love and try to cure her. The woman returned home with three kittens. Two kittens were healthy. They had a good appetite and quickly got used to the new environment.

But baby Fanya needed to be treated. After examination at the veterinary clinic, it turned out that the cat’s spine was damaged. Doctors did not give optimistic forecasts that the kitty would be able to move independently. 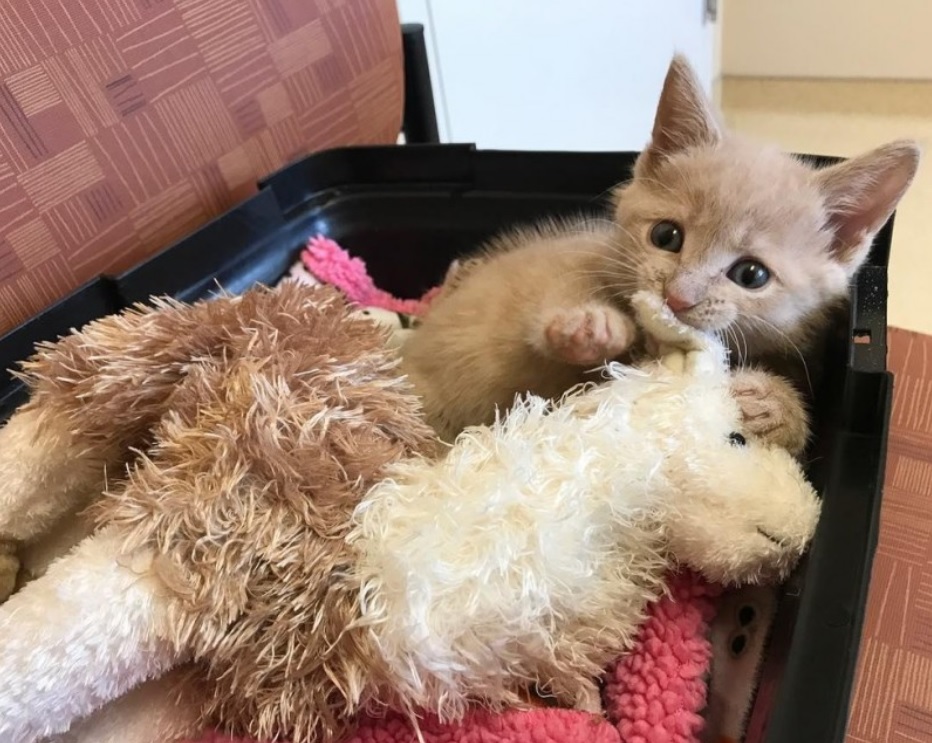 But Jeanne decided to use various non-standard methods of treatment for treatment, such as laser therapy, acupuncture, physiotherapy. And after several sessions, the kitty began to move her hind legs and tail and even tried to stand on all four paws. 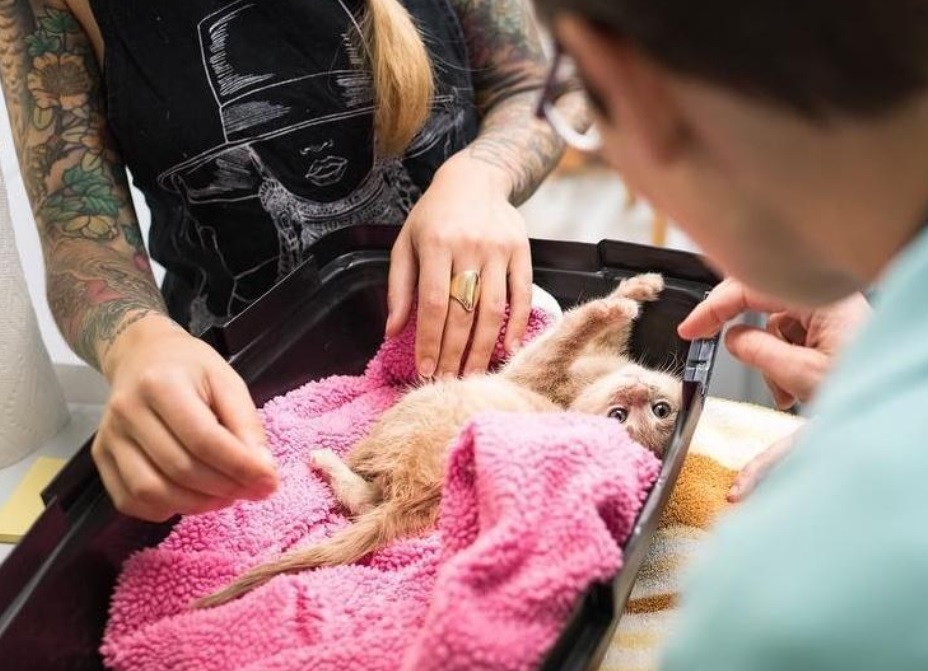 It was a victory over the disease. After a few months, the treatment gave positive results. Both Jeanne and kitty are in a good mood that they have coped with the disease and Fanya will have a full life.
Now Fanya is playing with her friends kittens and with her favorite plush toy. She had already forgotten that not long ago she couldn’t move.