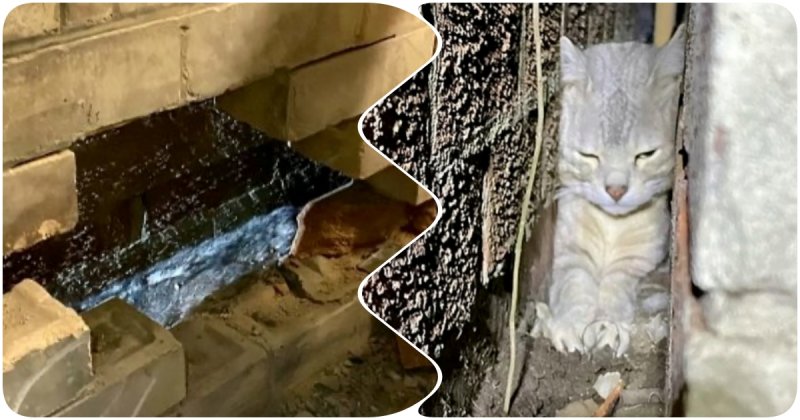 The residents of the house heard a squeak. They called the fire brigade to rescue the suffering animal.

The incident took place in the UK town of Scanthorpe. Locals called emergency services to rescue a cat stuck between houses. 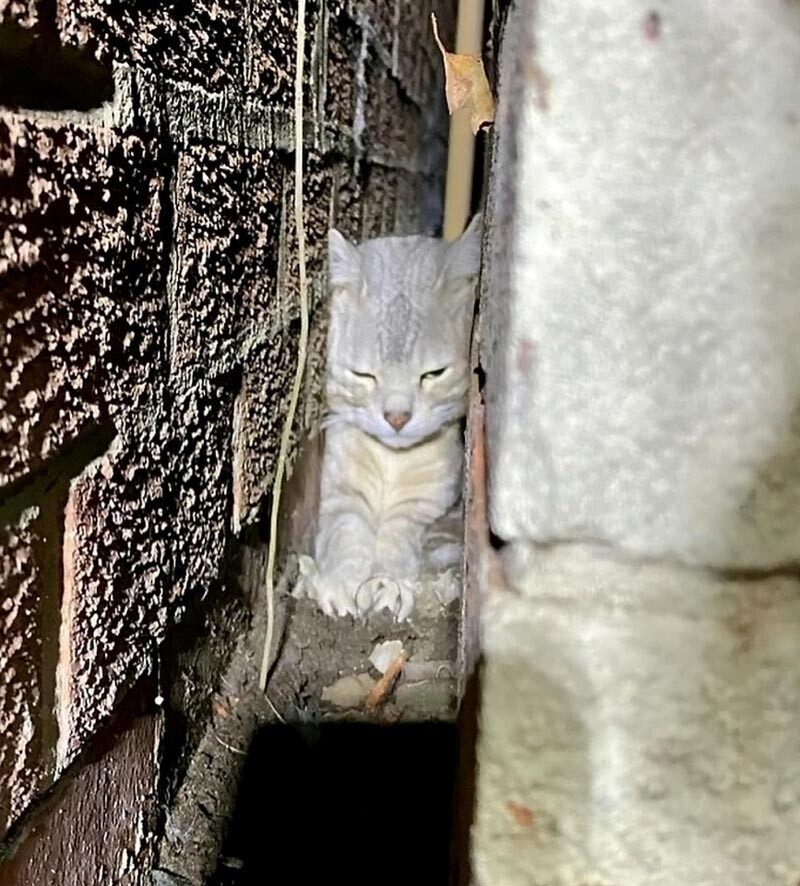 RSPCA (Royal Society for the Prevention of Cruelty to Animals) officers arrived on the scene. They pulled down part of the wall to retrieve the animal. The rescued cat was named Brixi. 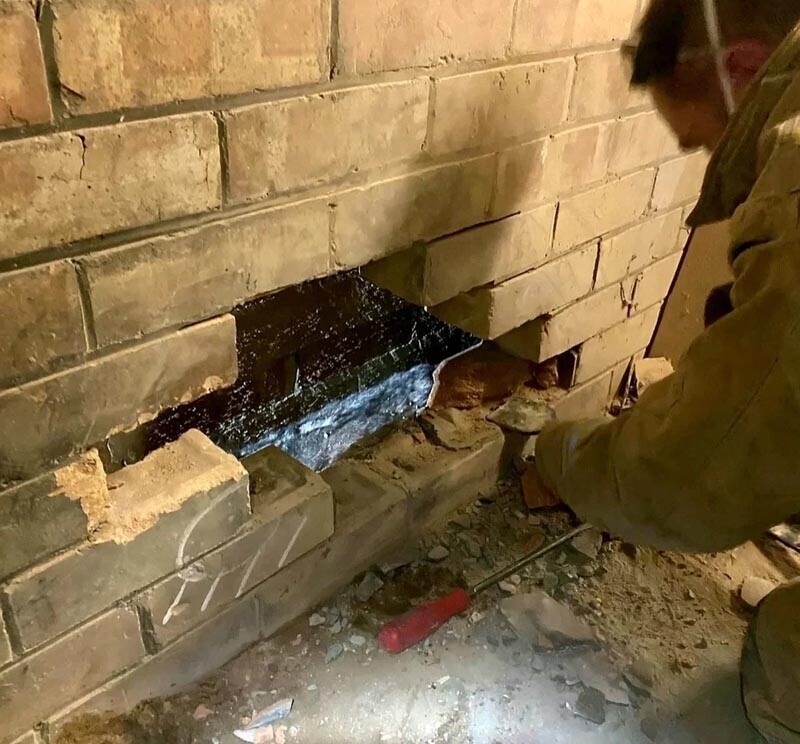 Brixey was unhurt, feeling fine, just scared and a little hungry. It was taken to the fire department to be examined.

After the incident, a new home will be found for the cat so that it no longer tries to find its owners on its own, getting stuck between houses.