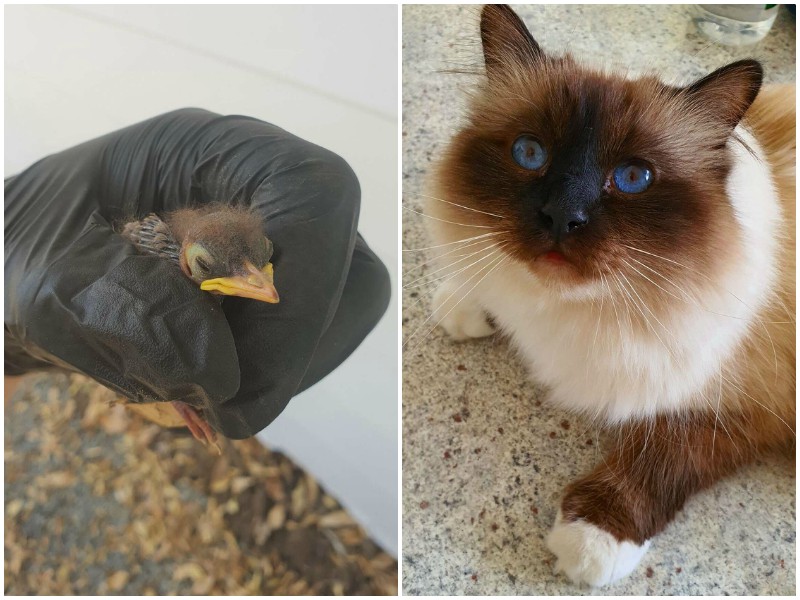 The cat called Gus would not stop meowing, trying to show his owner what it had found. It was a little defenceless chick that had fallen out of the nest…

When the owner took Gus from the shelter, the cat stayed under the bed for about five months, hiding all the time. He had endured so much pain from people that he was afraid of them and took a long time to get used to them. 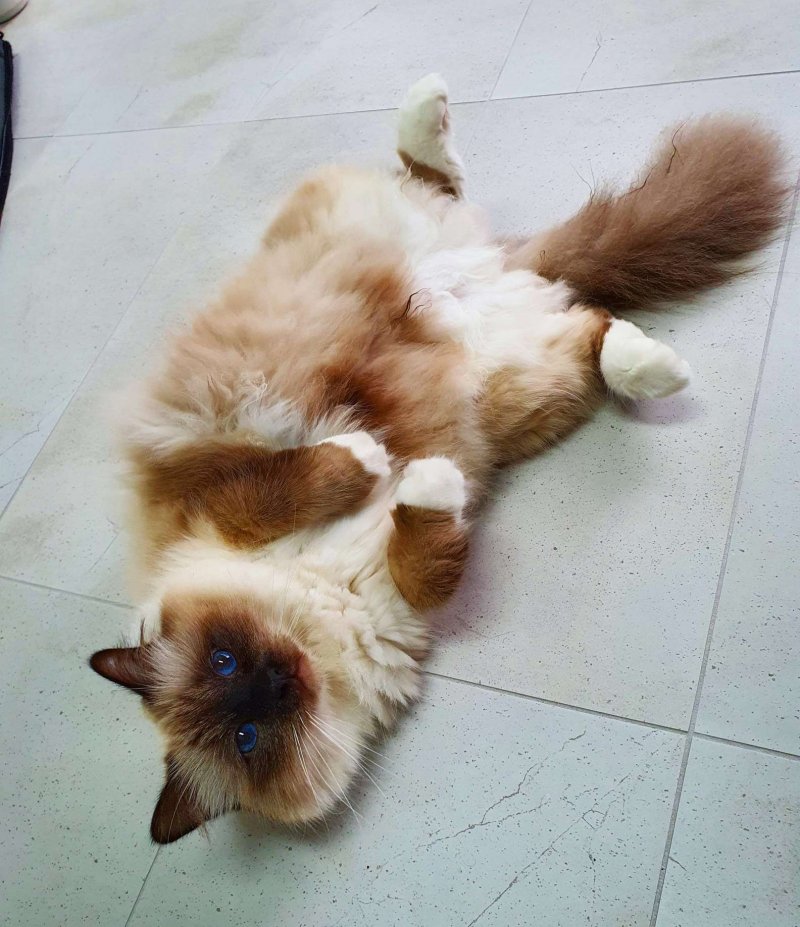 Over time, his owner’s care has helped Gus forget his past wounds and he has become calmer. Gus has also become much more social – he likes to let his owner know everything that is going on around him with his meow.

One day Gus meowed more than usual, and at first the owner thought the cat wanted to socialise as usual – but that was not the case… The agitated cat ran up to his owner’s feet and then seemed to be leading him somewhere. 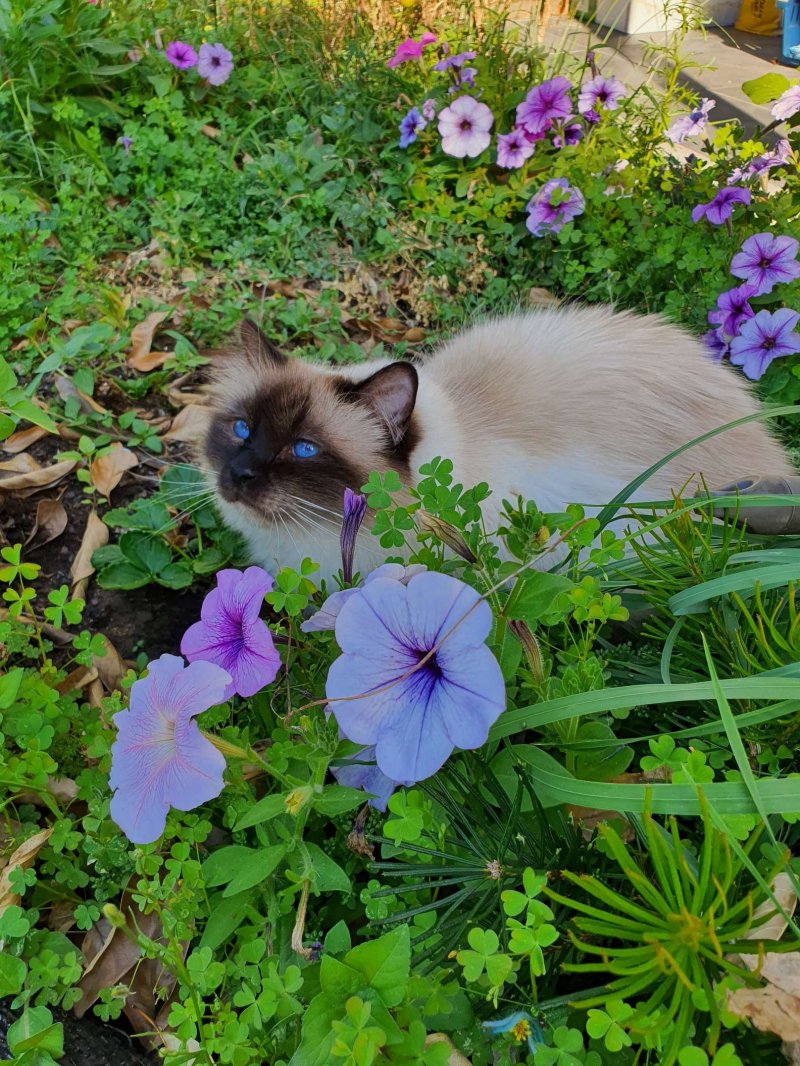 After following the cat, the man saw that he had led him to a baby chick that had fallen out of the nest. It was calling loudly for its mother, screaming as hard as it could. The man immediately picked up the chick carefully, and when he saw from which nest it had fallen out, brought it back. 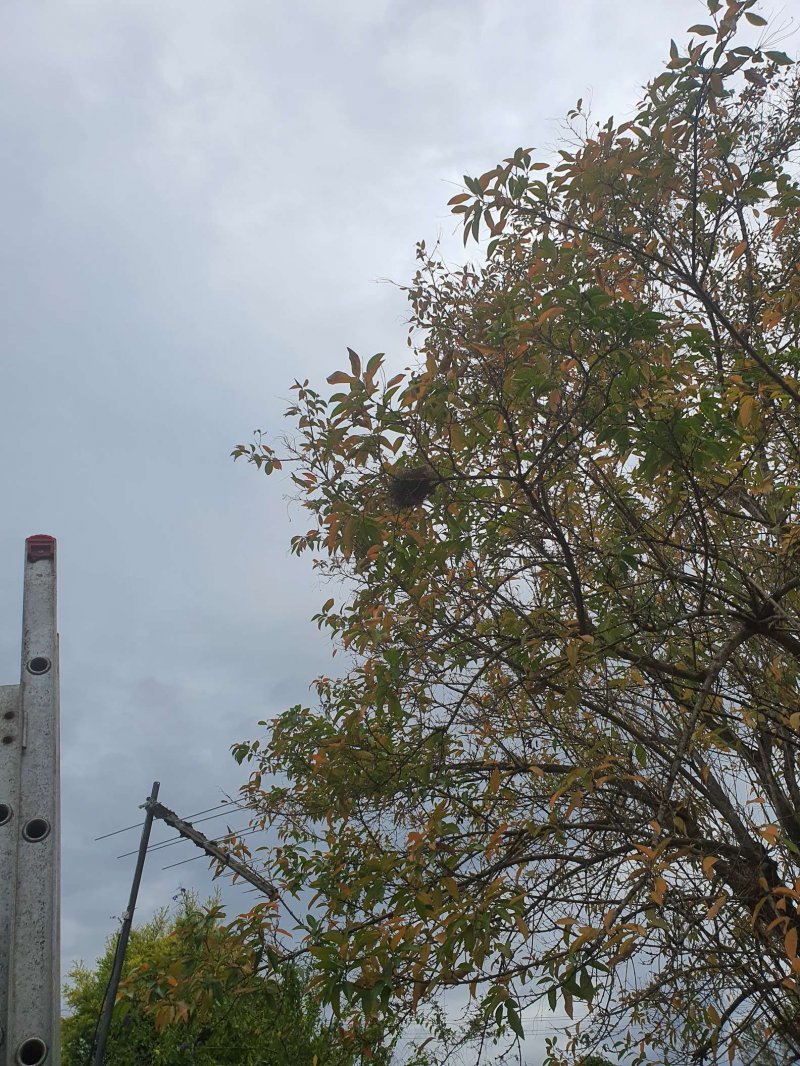 “I ran for the ladder and the gloves. While I was in the house, Gus stayed by the chick’s side and kept an eye on it. He behaved very responsibly towards it,” says the man. 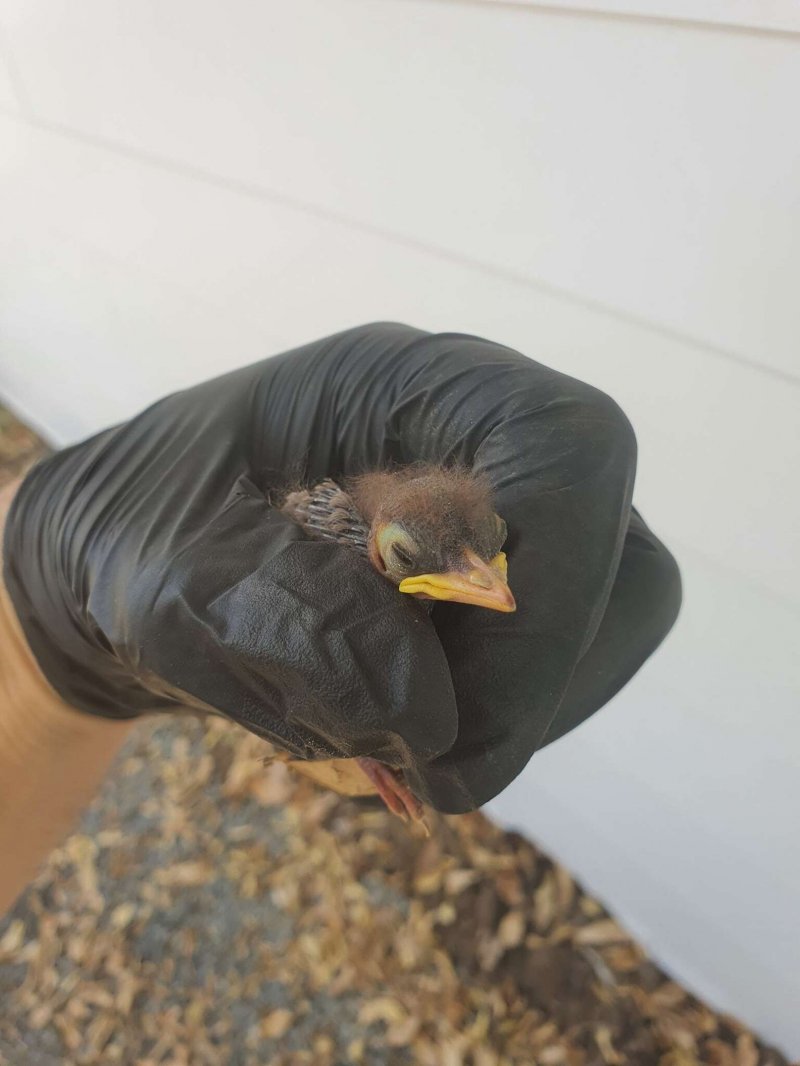 When the man returned the chick to its nest, the mother bird arrived a short time later. As if realising that his mission was accomplished, Gus quietly retired to go about his business. 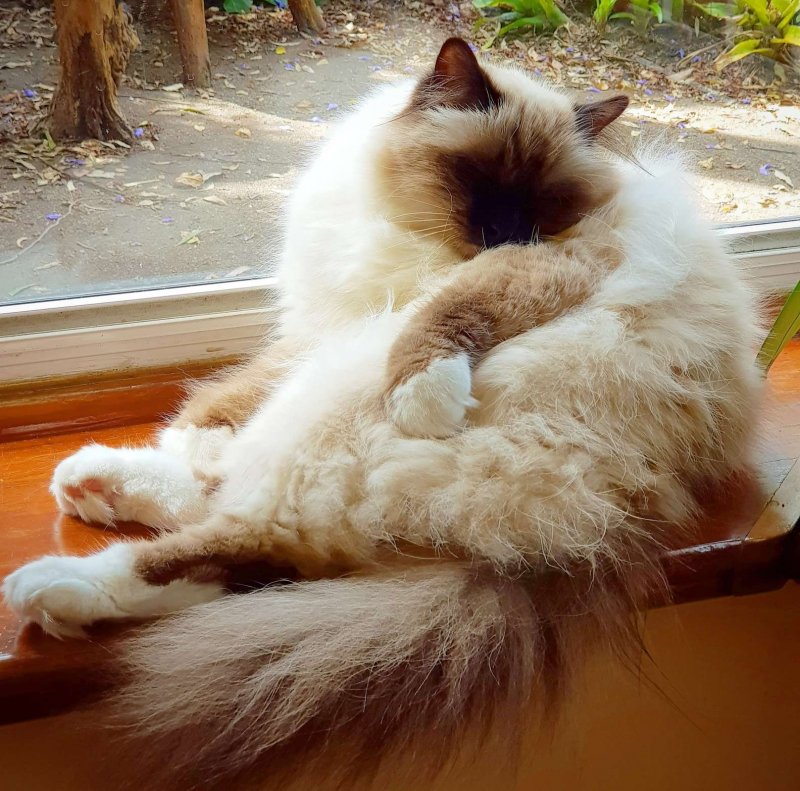 “Gus is a very kind cat. He has never scratched or bitten me or anyone else. He’s just a sweetheart and I’m happy to have him in my life,” says the owner.