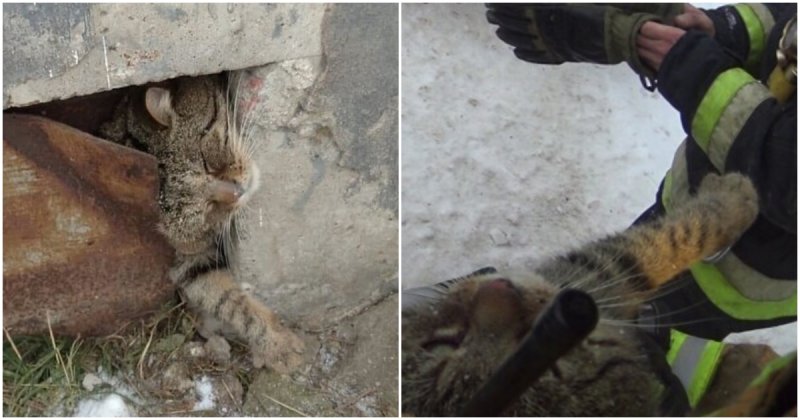 A pikabu user with the nickname “Akrill89” published a post on the site with a rescue operation.

Local residents called rescuers to free the cat, which was partially stuck out of the basement for the second day. The poor creature could not get out on its own. 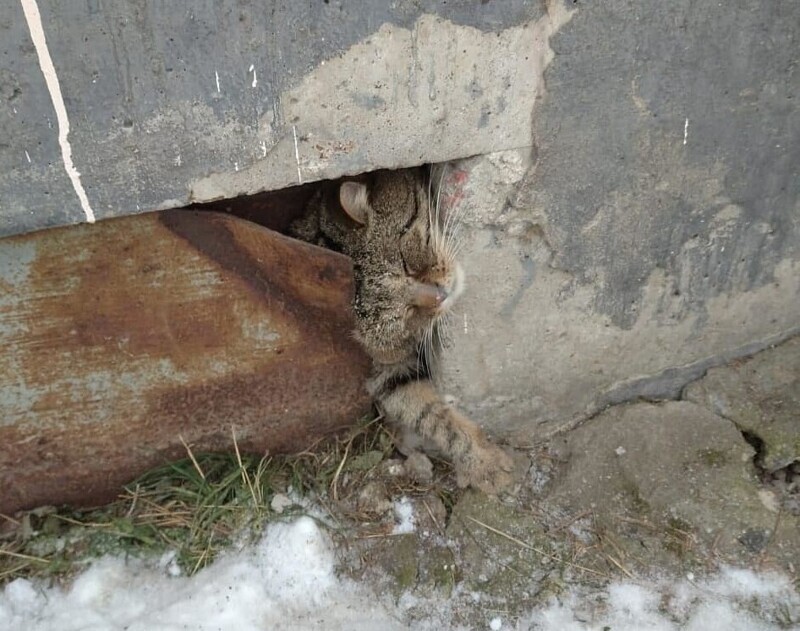 One of the rescuers opened the basement door to hold the cat on the other side while the steel plate was unbent from outside. 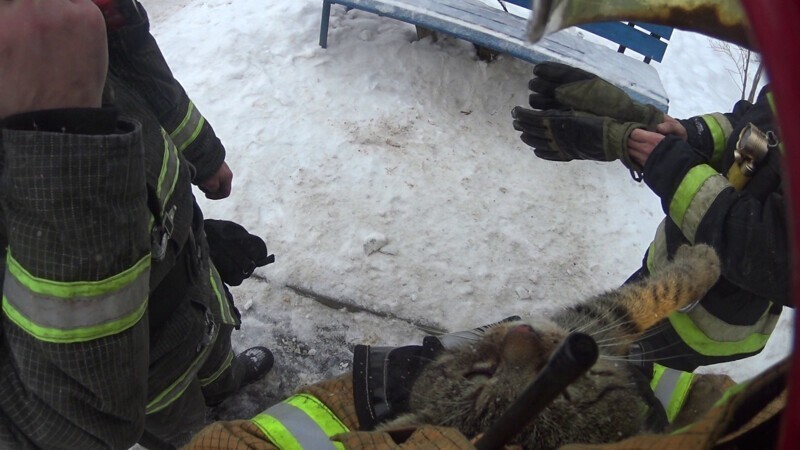 The operation had to be carried out carefully, so as not to traumatize the already frightened and injured animal. The cat was surprisingly calm, as if it knew it was being helped. 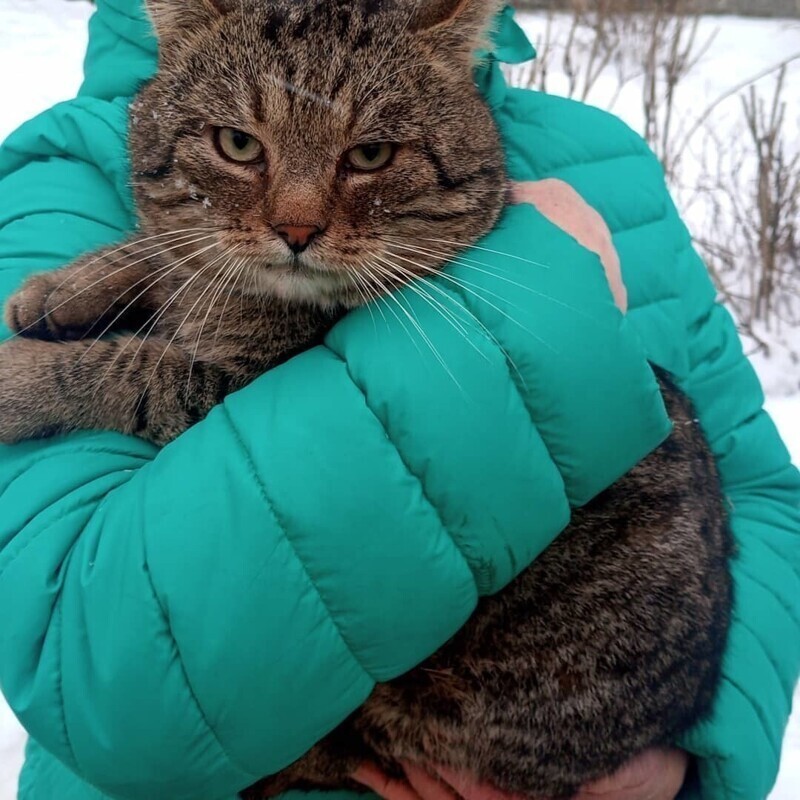 It didn’t take long for the rescue: the men worked quickly to free the kitty.