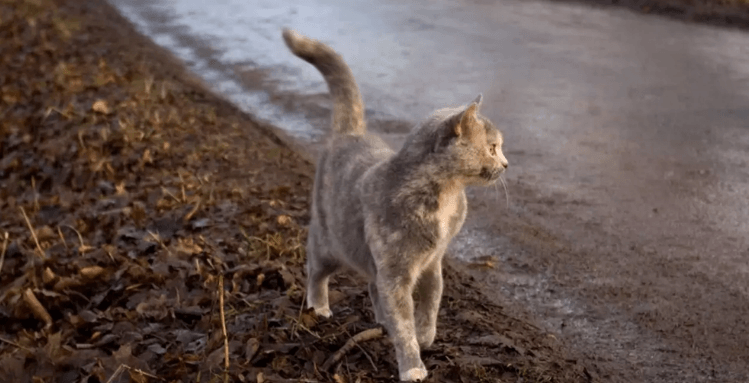 More recently, a cat named Shusha gave birth to kittens. The owner began to notice that every day the animal runs away somewhere, leaving the children alone. This went on for a week.

Then the girl decided to follow the kitty, where she has been missing for so long because all this time the kittens are squeaking, calling their mother. The owner of the pet found out that every day after she fed the kittens, Shusha ran away to the forest, which is located behind the houses.

When the lady found out the cause for which the tailed one was running into the woods, she was amazed. Shusha ran to three newborn squirrels, becoming a wet nurse for them. 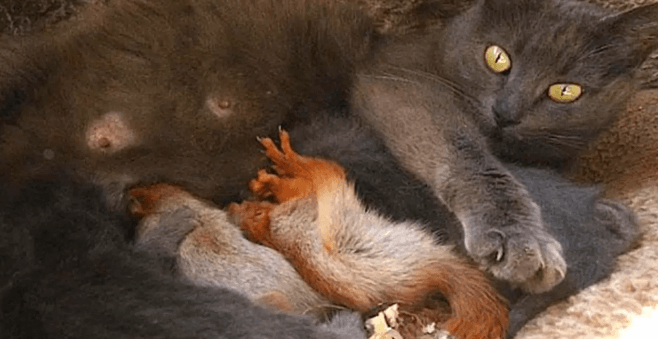 It is unknown how she found these squirrels, but her maternal instinct worked immediately.

The owner of the cat took the red-haired babies home and put them together with the kittens in a box so that the pet did not have to run into the woods anymore, torn between her own and other animal’s children. 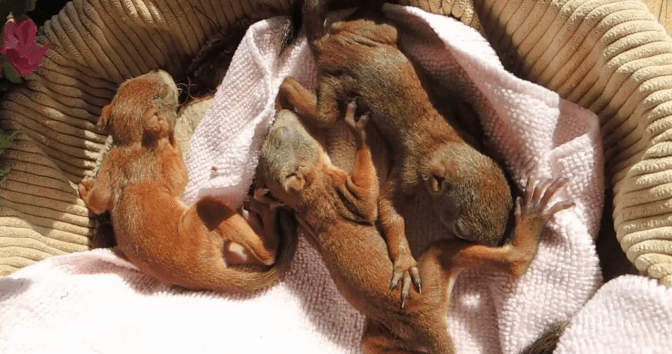 The cat immediately jumped into the box and began to lick and feed the squirrels, as if they were her own children.

The woman called the zoological club and informed them about the squirrels. Everyone decided that while they were small, they should live with a cat. 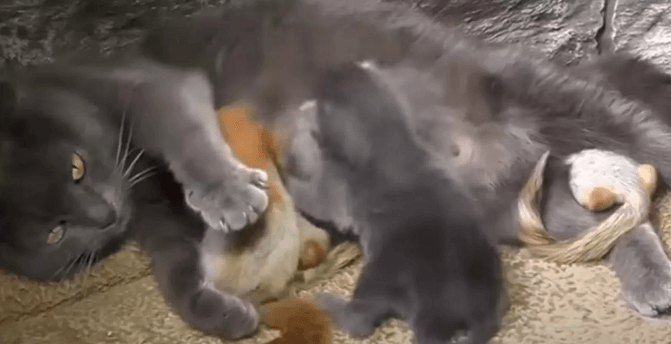 So there are no other’s children, and Shusha serves as proof of that.