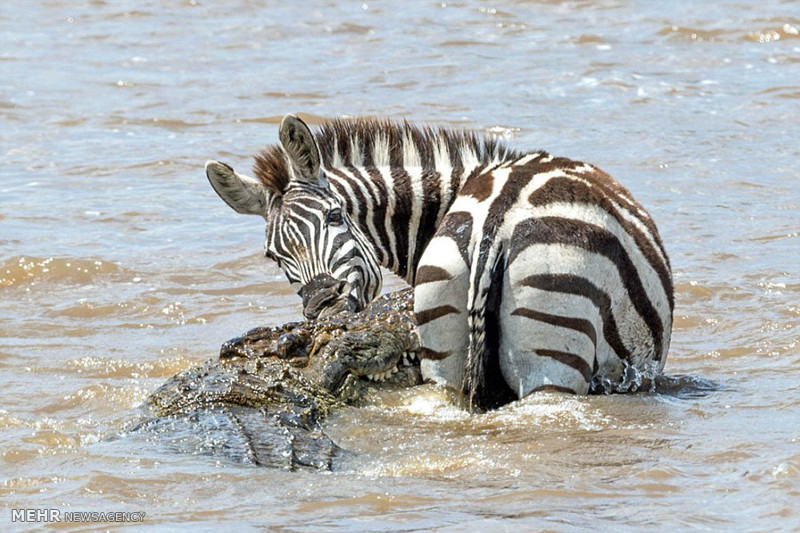 These amazing pictures were taken in Kenya on the Mara River, where a crocodile attacked a zebra, but it managed to escape. 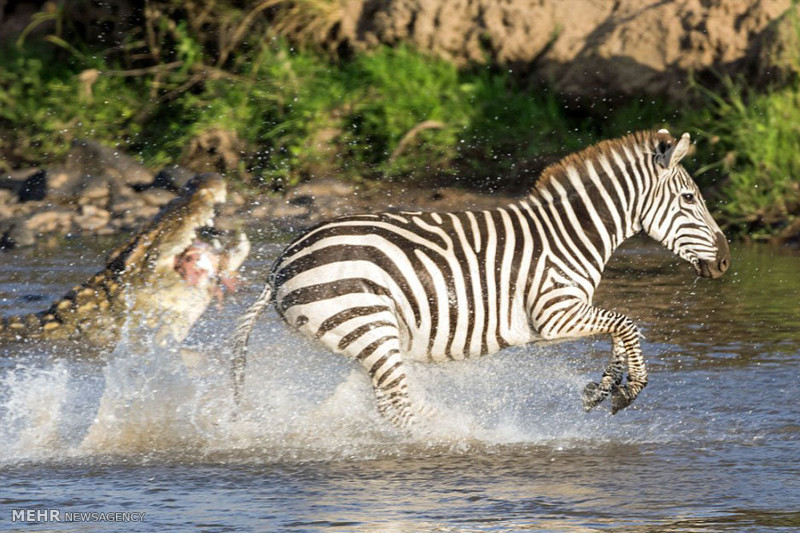 The predator attacked the zebra at the moment when it was crossing the river. Clinging to its victim, the hunter did not even imagine that it could put up such fierce resistance. 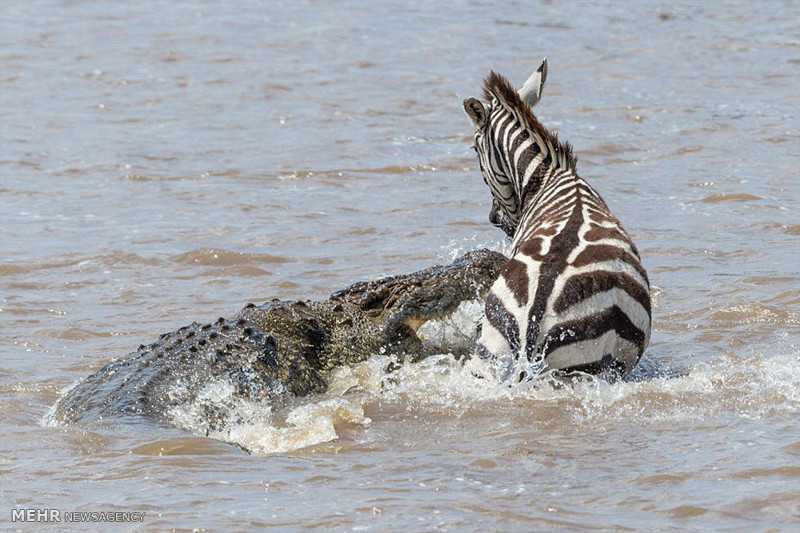 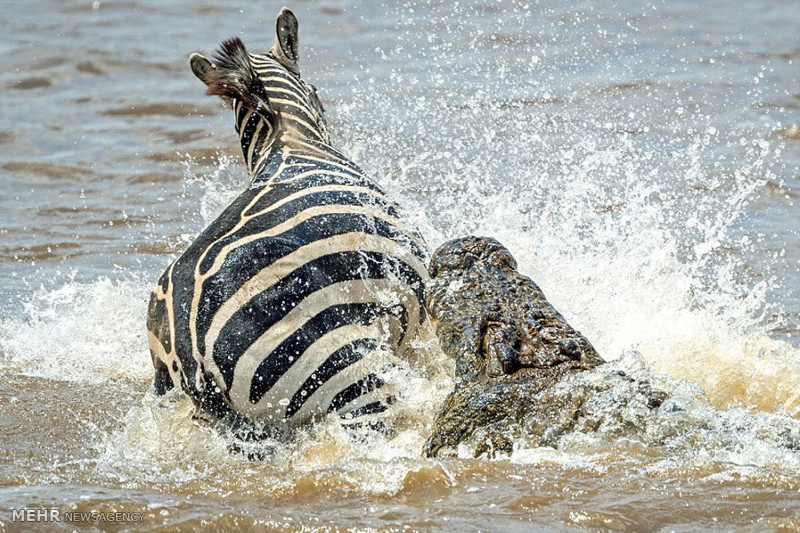 Especially striking is the aggressive grin of a wild horse who managed to stand up for itself. The crocodile was not ready for such a tough rebuff and had to retreat. 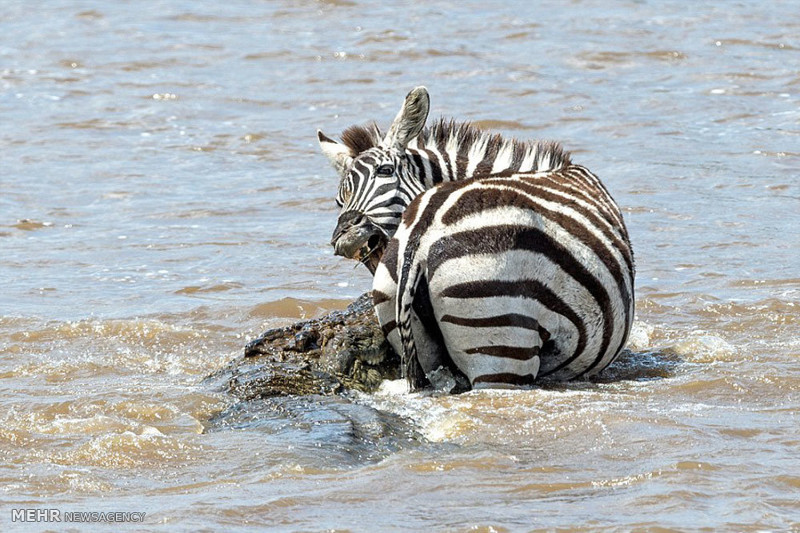 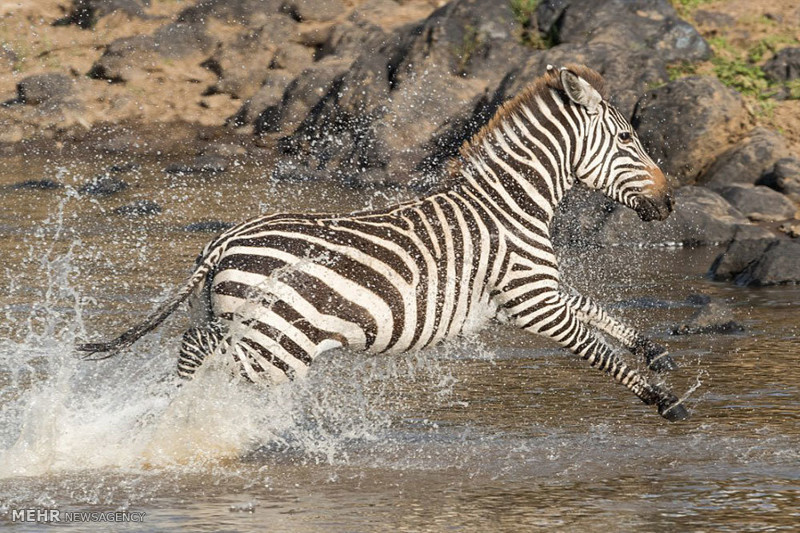