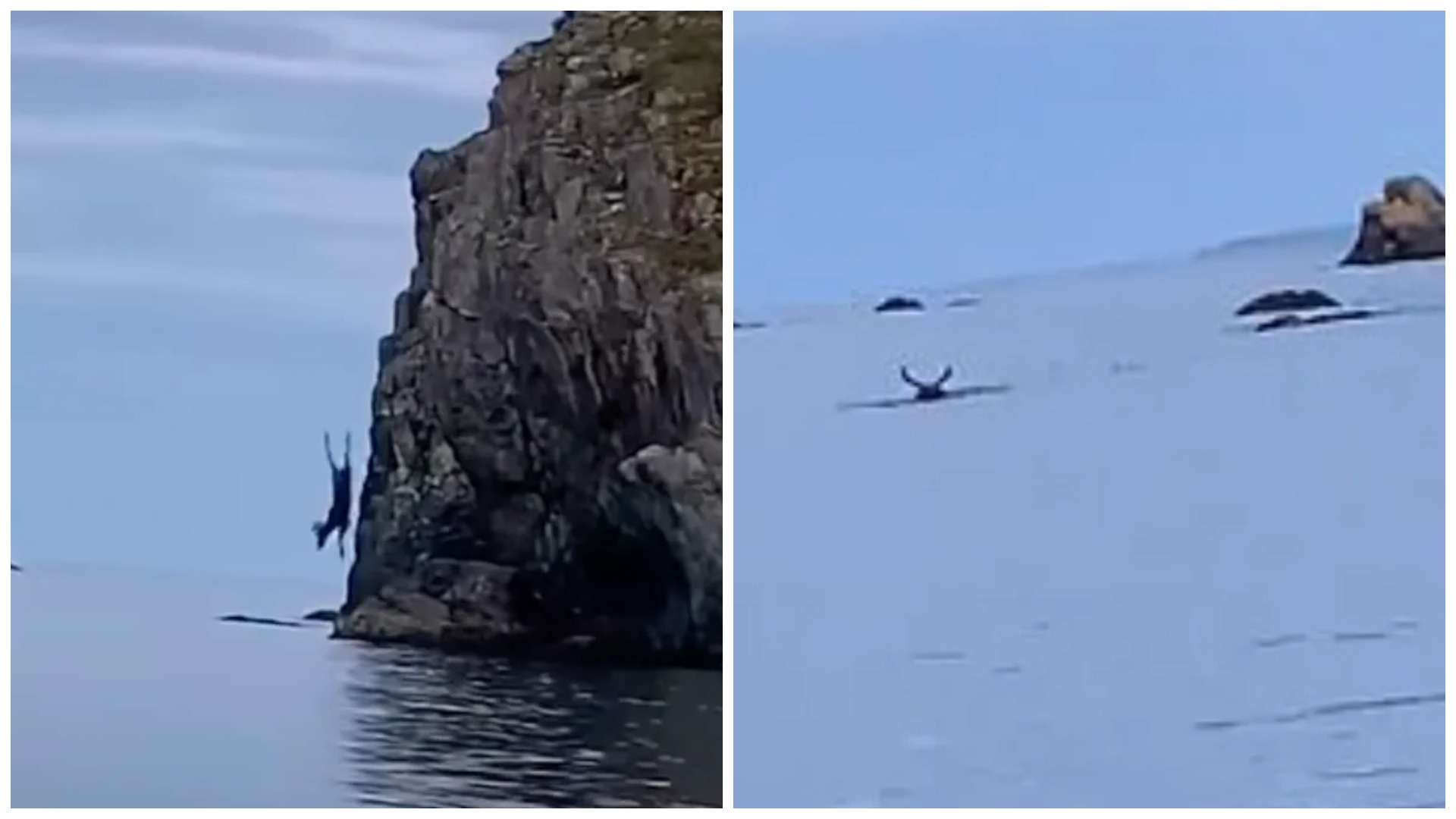 Strange video footage shows an intrepid moose making an impossible leap off a cliff in Newfoundland, Canada. The moment unfolded in front of several boaters who caught it on camera! 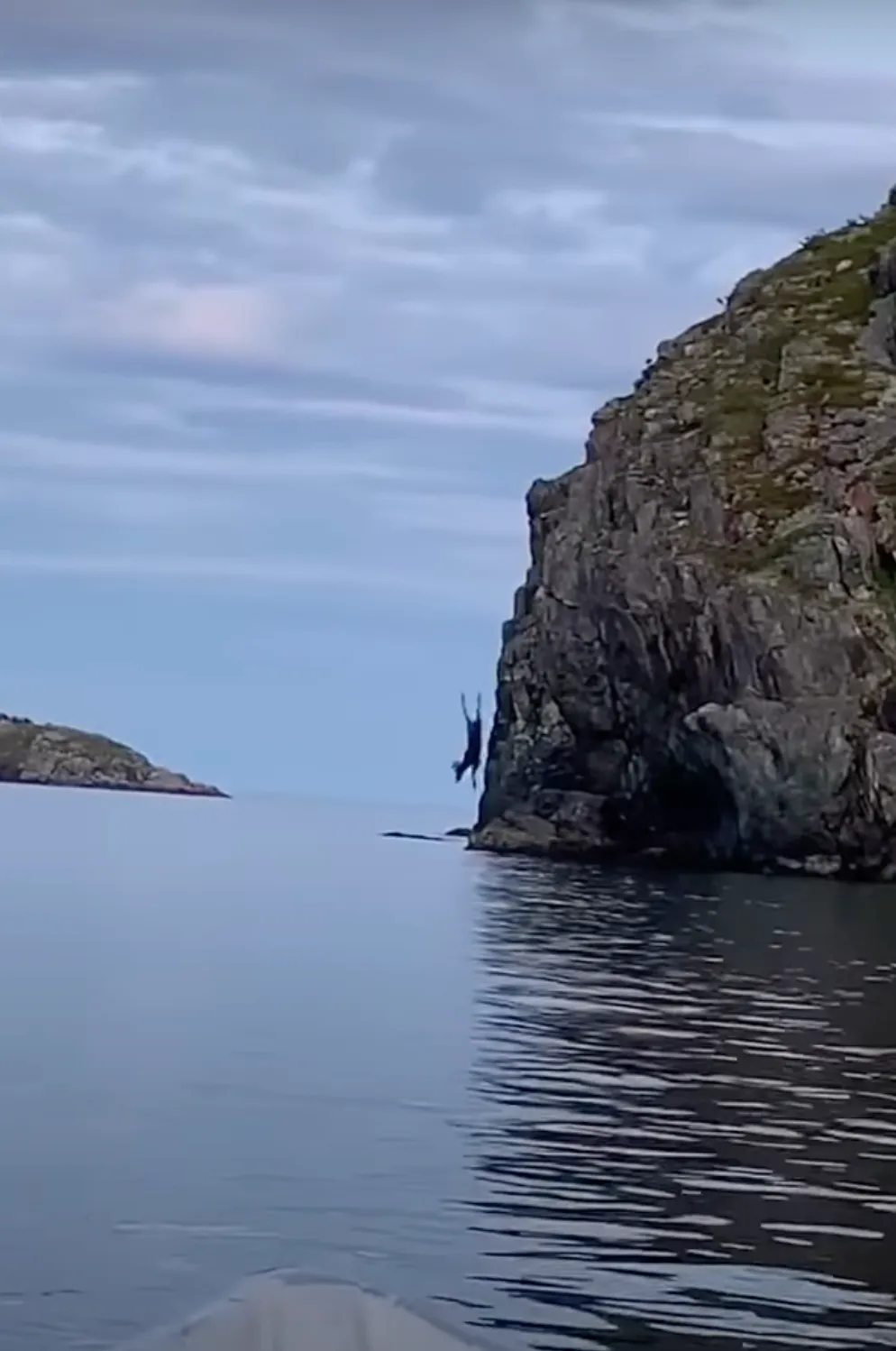 Alyssa Hewlett was out fishing in Nippers Harbour when she spotted a young moose climbing a rock. She had no idea what the huge animal was about to do, so she started recording video. But suddenly the moose got too close to the edge of the rocks, lost its balance, and fell into the water. The boaters feared for the worst, as they thought the animal didn’t survive the jump. “Oh no! Is she gone?” the person who’s filming can be heard. But then, the animal surprised them as she swims away just like nothing happened. “‘Woo, I am rooting you, buddy,” the woman says.

Although the moose seems in real danger to everyone who’s watching the video, Dr. Ronald Moen, a professor of biology at the University of Minnesota, explained the contrary. 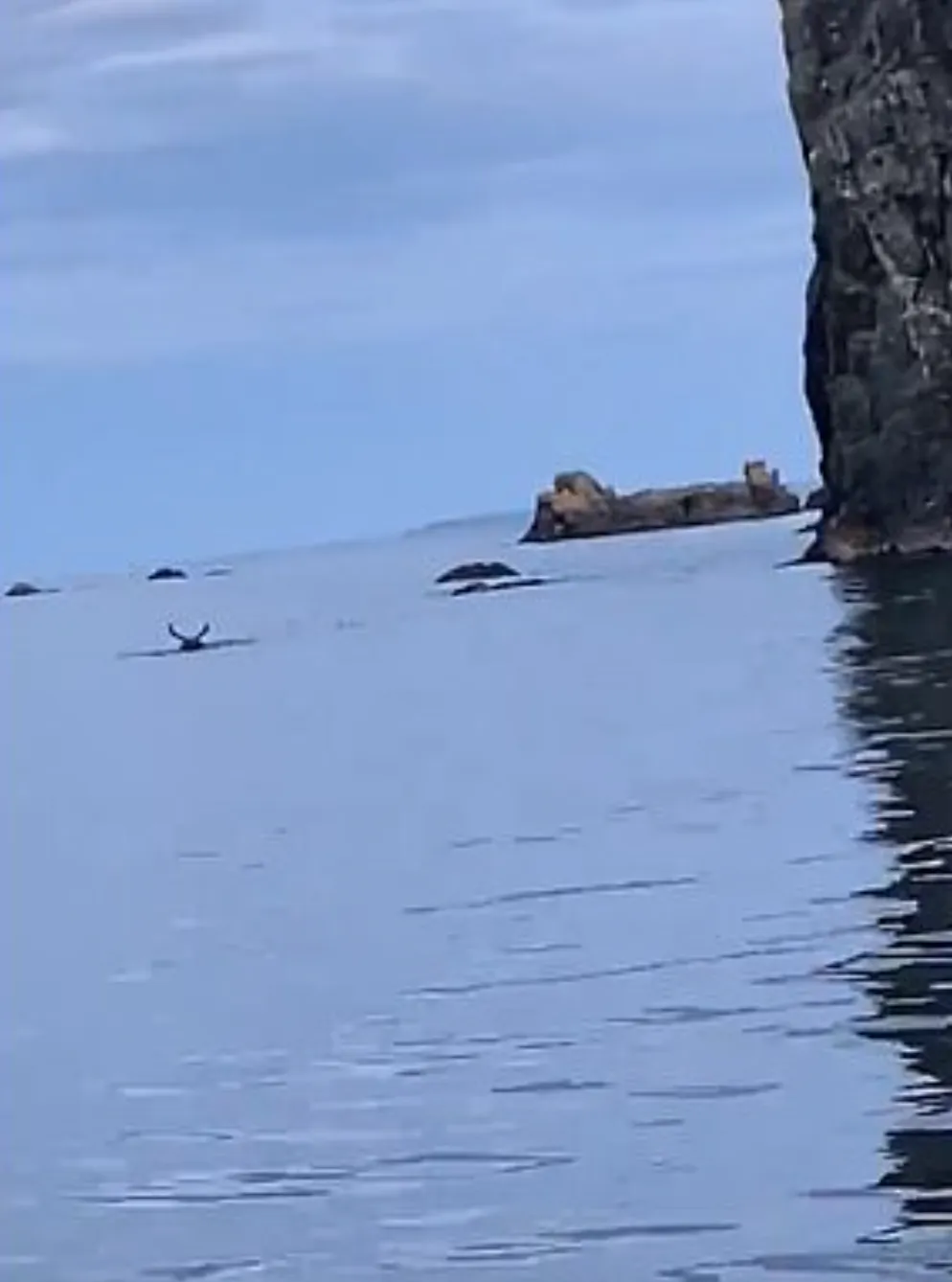 “The moose probably walked down the cliff-side but could not get back up,” the professor who is also a recipient of the 2016 Distinguished Moose Biologist Award, told Mashable. “Possibly it was foraging although there didn’t look to be much food present. Moose are excellent swimmers, and given how calm the water was it could have found an access point to get back on land.”

You can watch the video here: