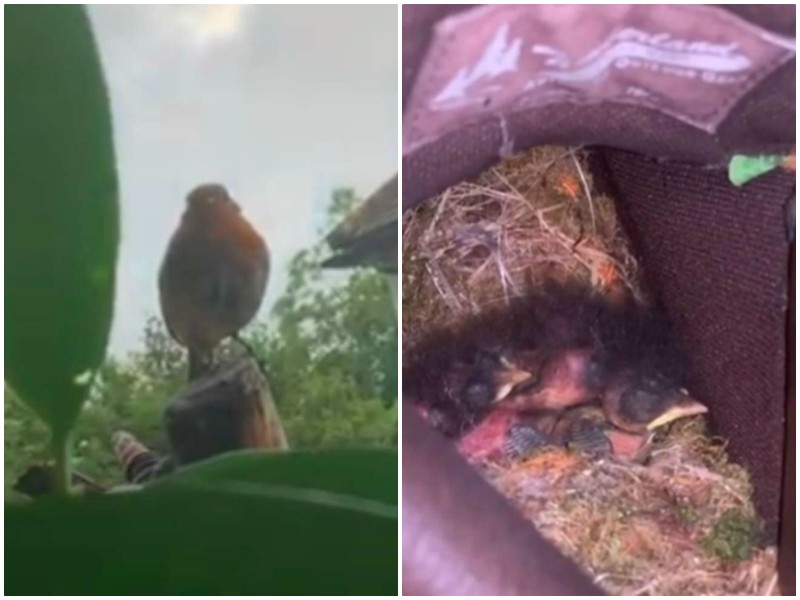 After putting away their autumn belongings next to the garage, a family from London didn’t expect to find a little nest in the old shoe…

The Beharam family from London were sorting things out before the cold weather, and the mother had left an old pair of her son’s boots outside the garage. Everything was as usual, until one day the family noticed that a small bird, a robin, was constantly flying nearby. 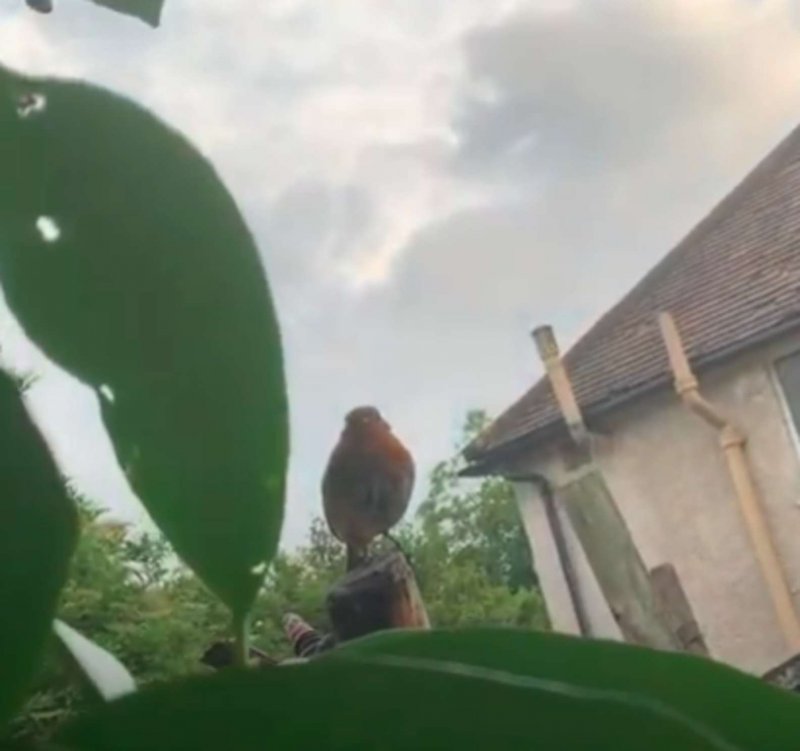 The bird flew near the bag with shoes, constantly holding something in its mouth. Seeing this, the son of the family named Moslem decided to look into the bag – and found several eggs in his shoes! The family was shocked, but did not touch the nest. 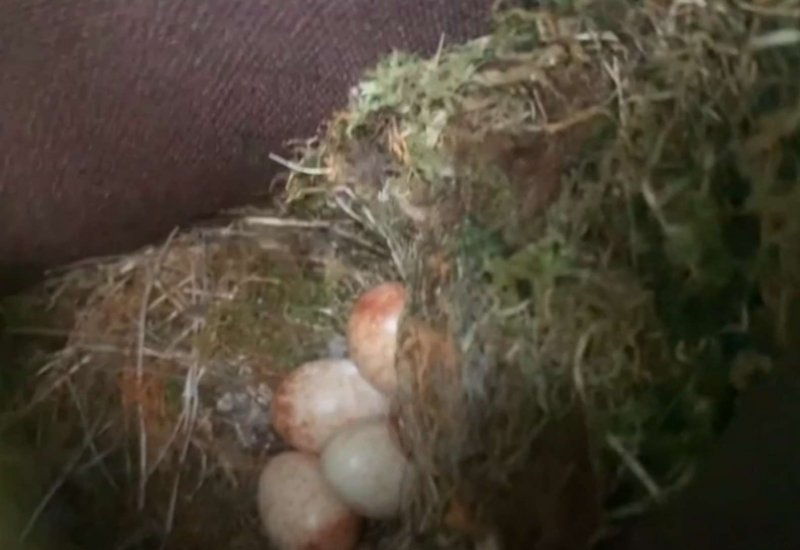 When he looked there a few days later, he saw four tiny chicks. He was so proud that the robin had chosen his boots for the nest. But after a while, London was hit by the worst of the storms… 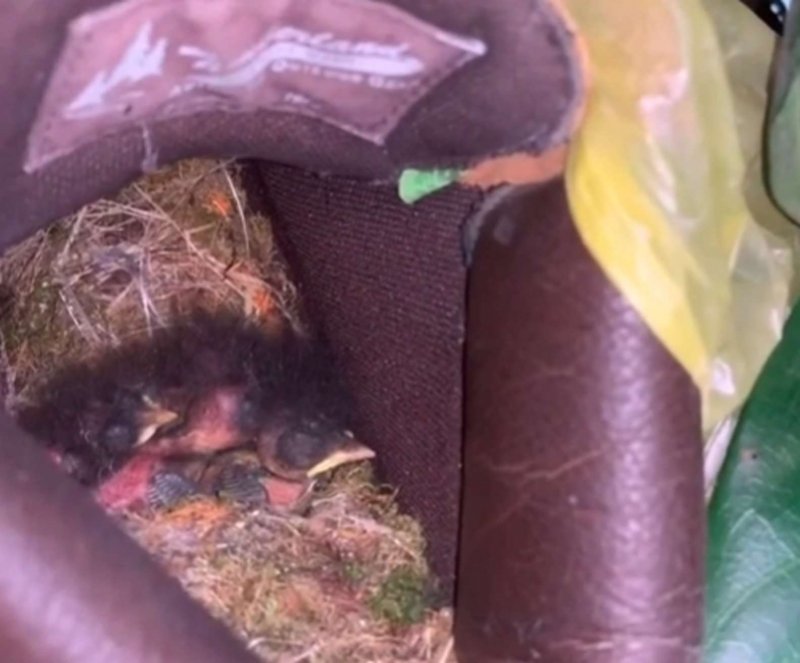 There were severe storms all over London – and the nest was hit too. In the morning, the family found the chicks lying on the grass – they were still unable to fly, and there was nothing the mother could do to help them. So the family carried the chicks home. 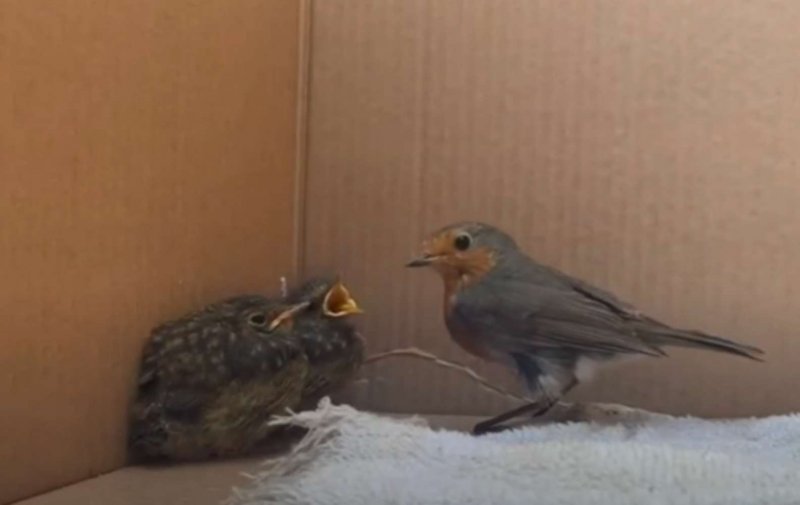 The babies were fed from a syringe, and in the morning they were put outside in a box. After a while, the mother bird flew back and continued to look after them. Soon the babies were flying. 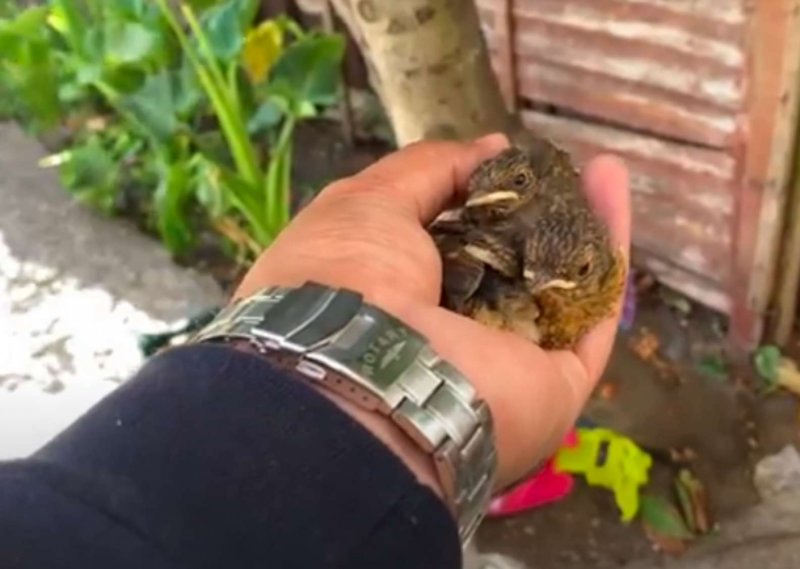 The entire robin family now periodically flies in to visit the kind people who once rescued them. And Moslem is always happy to feed his favourite birds.