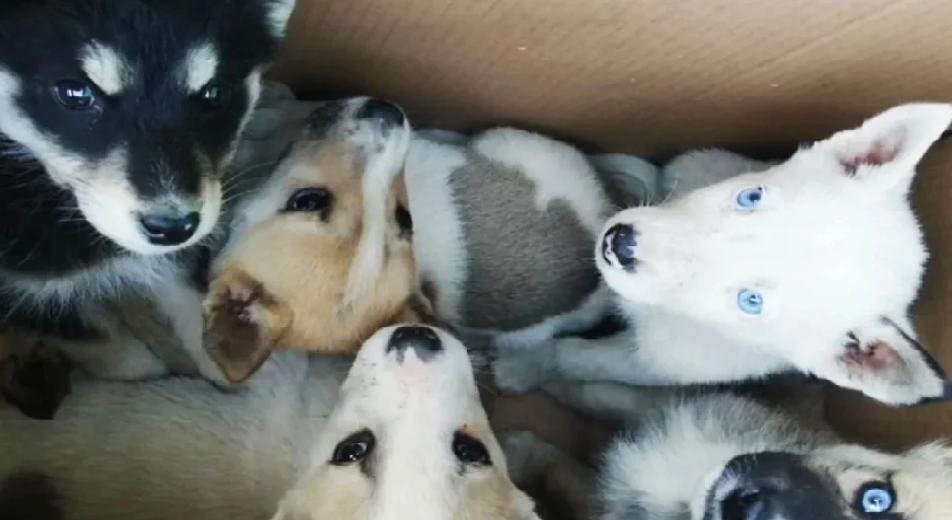 It’s been a year since six little puppies were found in a sealed box near the shelter. At that time they were about two months old. Mom was a husky with blue eyes, and we didn’t know Dad.

We took one beauty for overexposure and called her Cranberry. And the rest stayed in the shelter. We took them only to wash them before their new owners took them away. And this baby is like a toy with very beautiful blue eyes. 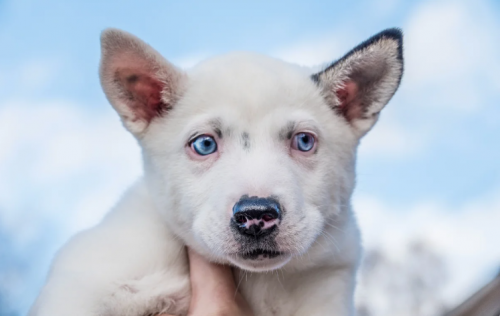 When you take her in your arms, she sits very quietly and practically does not move, even afraid to breathe. And she also has a very unusual color. She’s all white, and one ear is black. By the way, she began to change very much in the process of growing up.

And so Cranberry went to friends. In the new house, she was given a new name – Bertha.

She’s so funny, even though she’s a teenager. The nose has already changed a lot, and the eyes, as if they had been painted with a pencil. 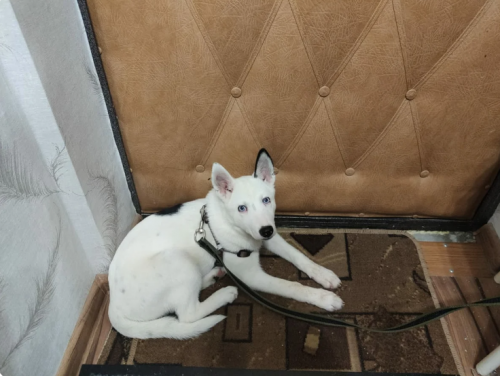 But she’s already grown up. Over time, she began to have a lot of small spots on her back and tail. They look like freckles. 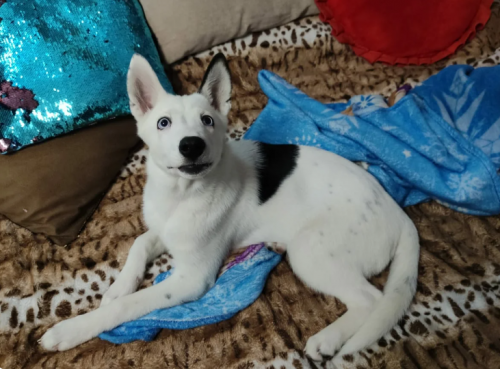 Unfortunately, not all puppies are so lucky. Two of the box remained to live in the shelter. But four managed to be sheltered in good families. This is also a good result. 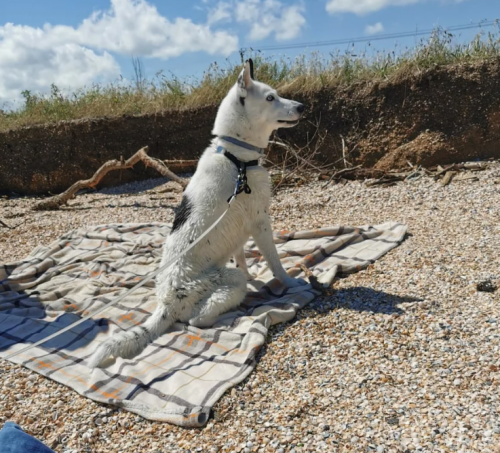