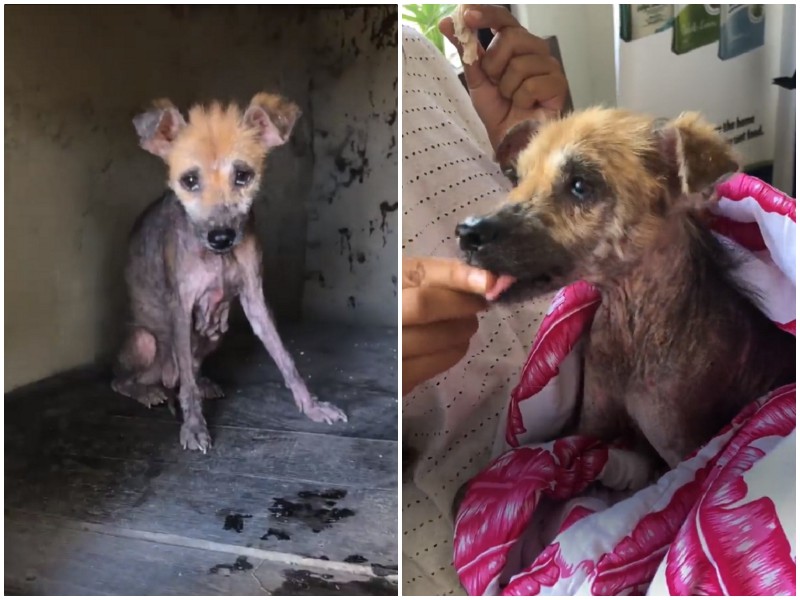 While riding her motorbike, a Bali resident accidentally spotted a lone dog. It was shaking with fear, scrawny, barely able to move, and afraid of everything around it. She knew she had to help the poor creature. 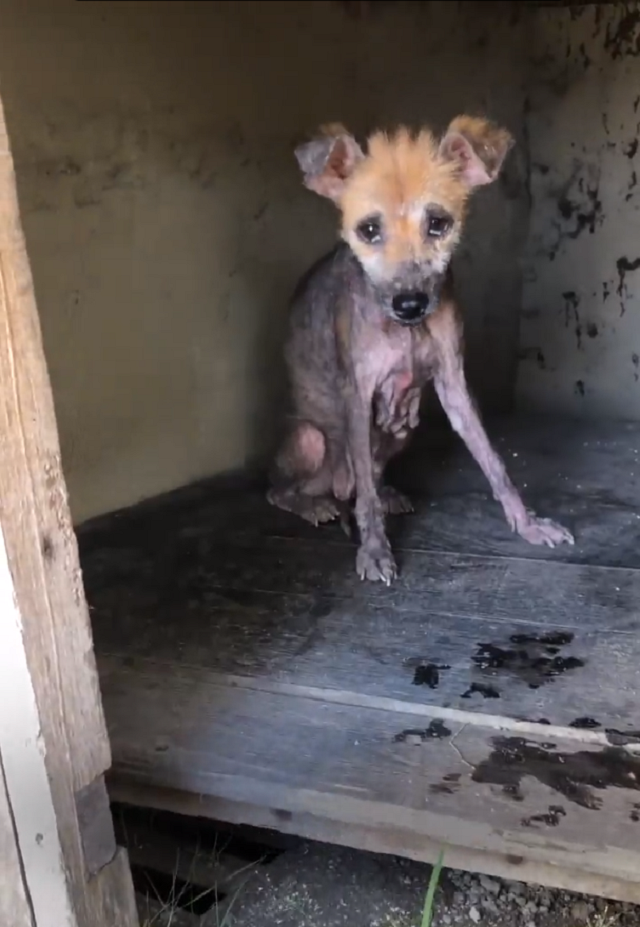 A Bali resident called Daisy was riding her motorbike with her sister when they happened to spot a lone dog. It was living in an old kennel near an abandoned cottage, and the girls were horrified when they took a closer look at the dog…

The dog was almost completely bald, crusty and skinny – you couldn’t look at it without tears. The dog was very afraid of people, hiding in the kennel and not letting the girls near it. 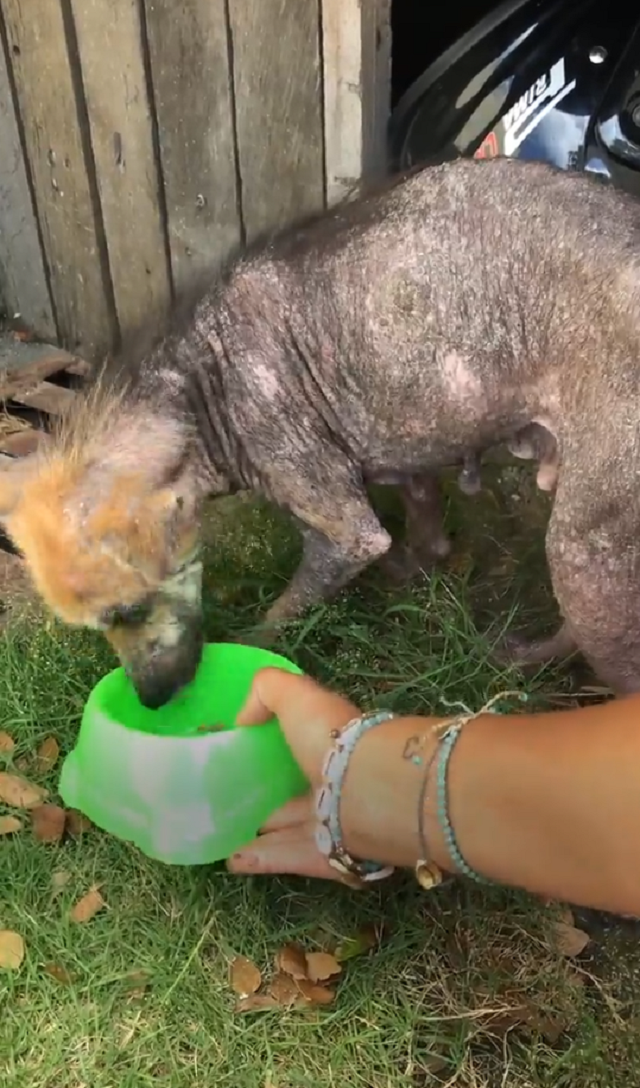 But Daisy and her sister were determined. They lured the dog outside with food, fed it and took it with them to take it to the vets. After the girl took the dog in her arms, the animal immediately calmed down – as if it knew it would get help. 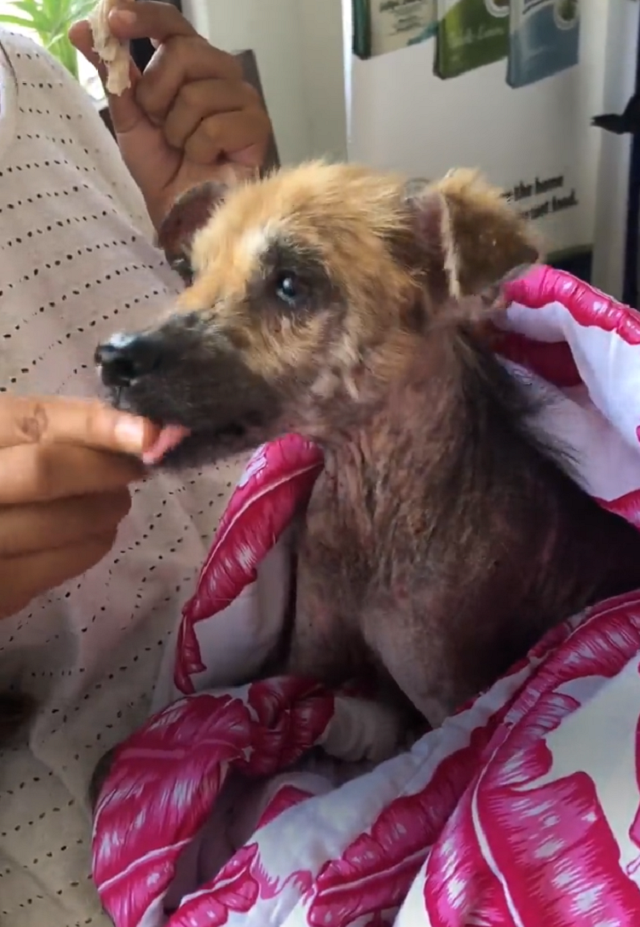 Doctors found the dog had an eye infection and severe scabies, but luckily it was all treatable. Daisy and her family have been rescuing animals for a long time, so they have as many as 16 rescued dogs living in their big house. The girl decided to take this dog into her own care. 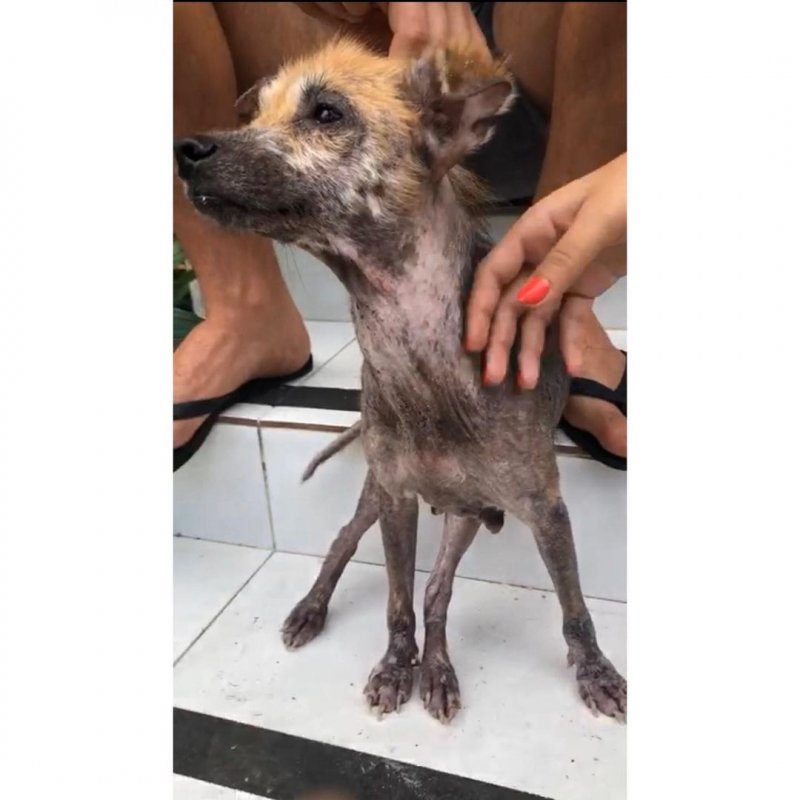 The dog, nicknamed Lucy, quickly found a common language with other dogs, and began to play with them for hours. She was recovering and getting stronger every day.

Lucy was also very attached to her rescuer – she wouldn’t leave Daisy’s side. When she was fully recovered and her fur was growing back, it was time to look for owners for Lucy. 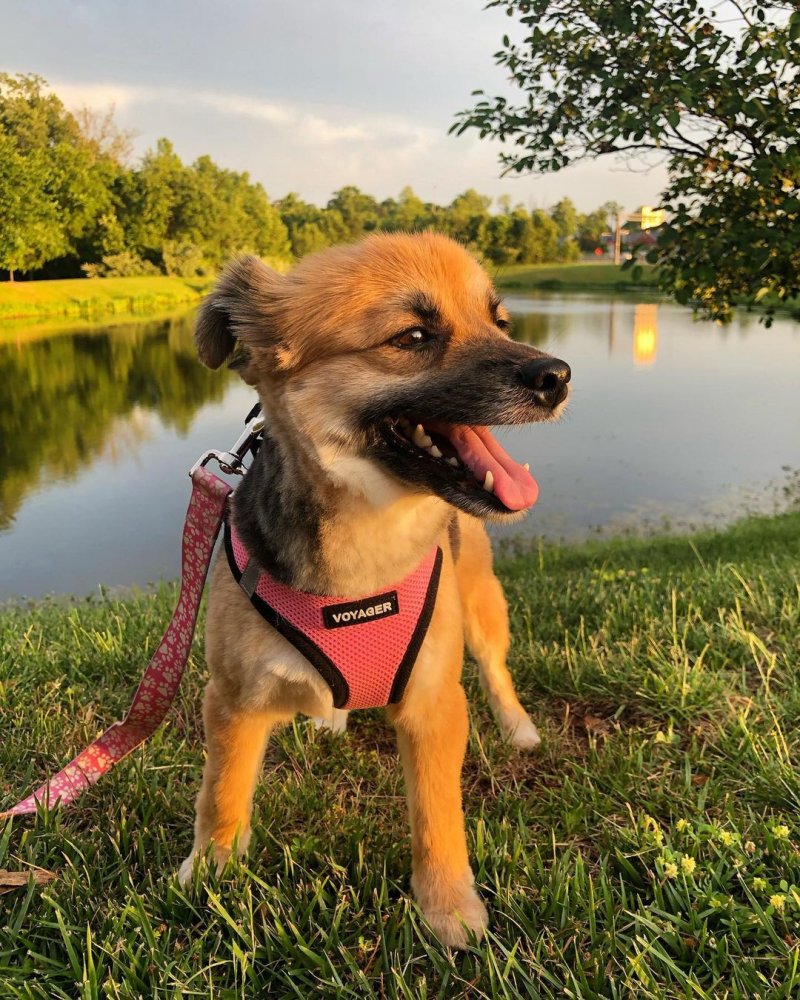 Lucy’s story touched many people, but it was a couple from the USA who were most interested in this dog. Matt and Bree fell in love with this little girl at first sight, and decided to take her into their family.

Lucy had a difficult journey from Bali to the USA, but it was worth it – there were loving people waiting for her! Once she was with her new family, everything was great from day one. 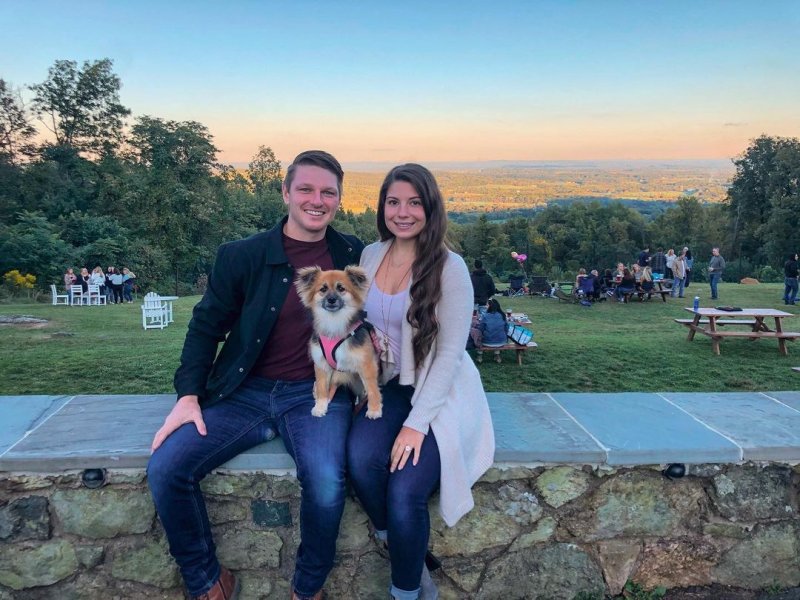 It was clear from the very first days that it was love! The new owners bathed her in love and affection, and Lucy reciprocated their love and gratitude.

During this time Lucy had changed into a completely different dog. She was unrecognisable from the battered poor thing she had once been found in an abandoned kennel. Lucy is happy now, and you can see it in her eyes! 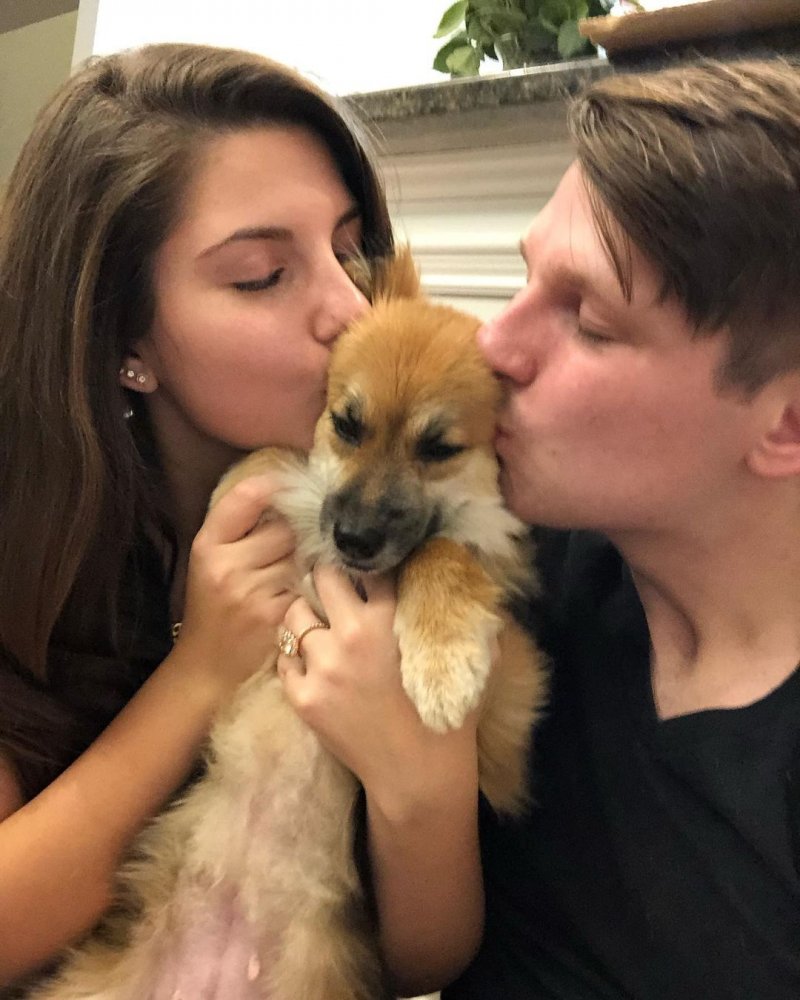