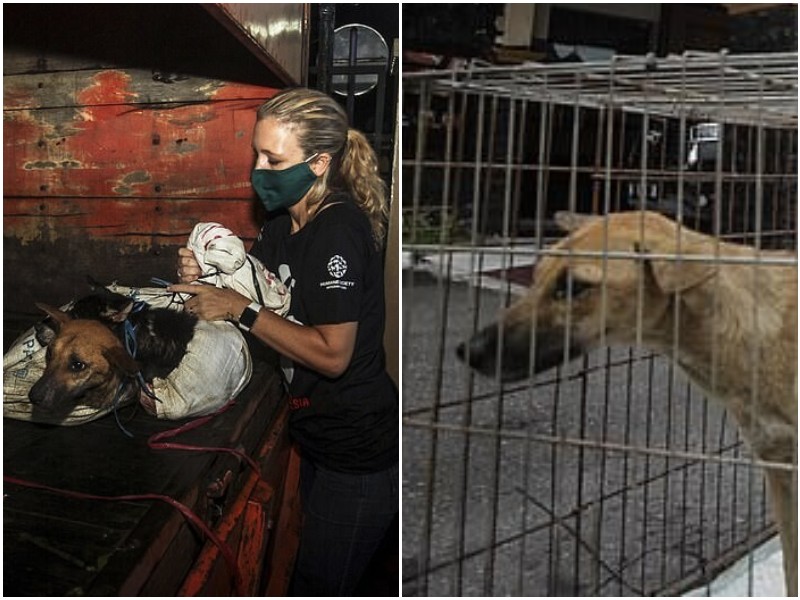 Rescuers detained a truck with 53 dogs that were being taken to a farm in Indonesia. Dogs that were picked up on the street or stolen from their owners had a sad fate, but thanks to caring volunteers, they ended up in caring hands.

Animal rights activists around the world continue to fight illegal dog farms in Asian countries. In Sukoharjo District, Indonesia, more than 50 dogs were recently rescued from a truck that was heading to such a meat farm. Employees of the Dog Meat Free Indonesia organization received a call from the police and immediately went for the dogs. 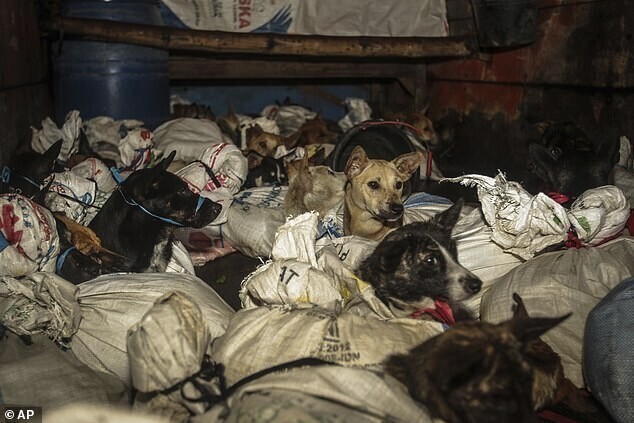 The dogs were wrapped in bags and their muzzles were bandaged. Many of them were wearing collars — which means they were stolen right from their homes. Exhausted and terrified dogs at the time of detention made a journey lasting 10 hours. 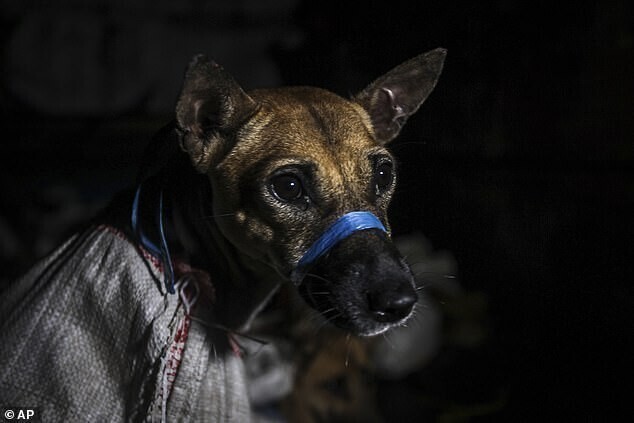 «As we approached the truck, I heard a plaintive whining, and my heart was jumping out of my chest. After that, I saw scared dogs in bags and with bandaged muzzles,» said an employee of the organization, Lola Webber. 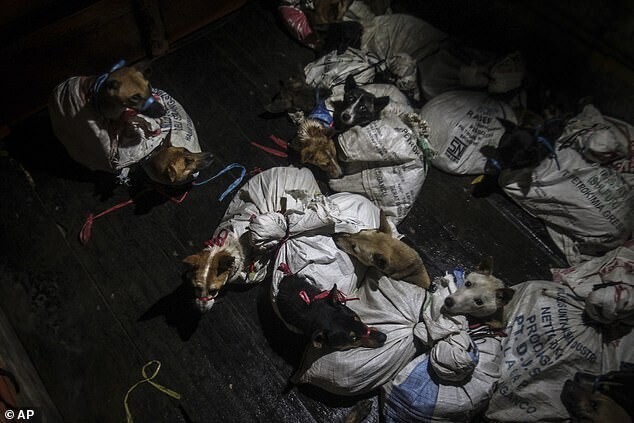 The truck driver was arrested — the police believe that he has been an illegal seller on the island of Java for more than 20 years. The guards will continue to investigate this case in the hope of liquidating the company. 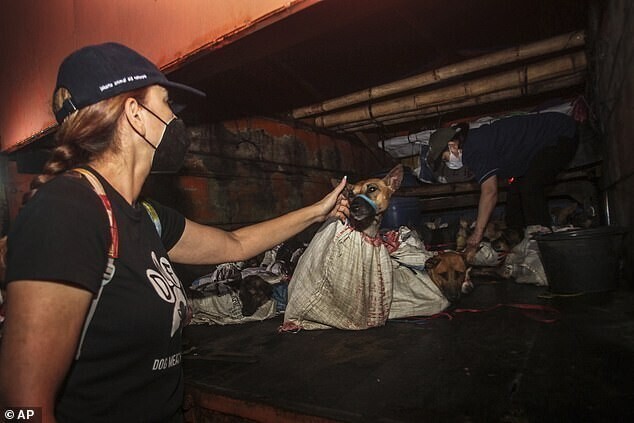 The dogs rescued from the truck received the help of veterinarians, and they were transported to a temporary shelter. Soon rescuers will try to find owners of dogs with collars, and others will be sent to Canada, where they will also find homes for them. 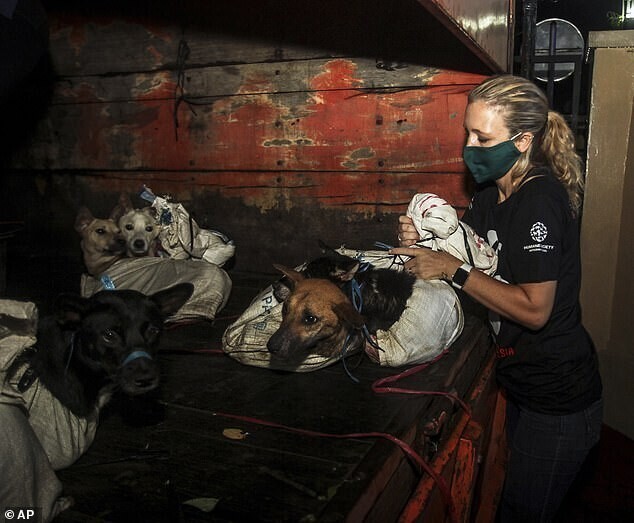 Animal rights activists and even the police are actively taking measures to combat traffickers and dog farms. «Dogs are our friends, not food. The dog trade is already illegal and prohibited by Islamic law. Some consider the consumption of dog meat to be part of the culture — but culture also needs to develop,» says Tarjono Nugroho, head of the police department. 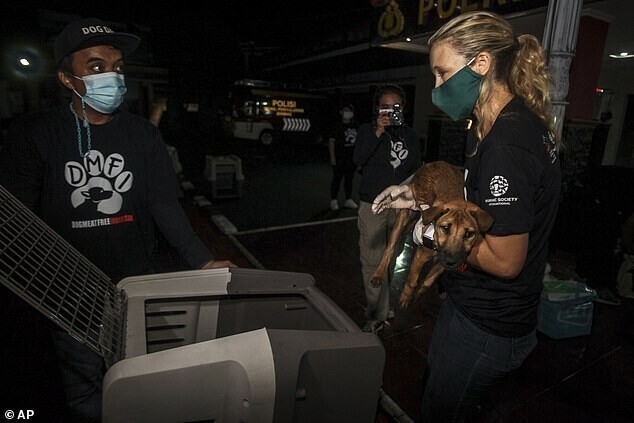 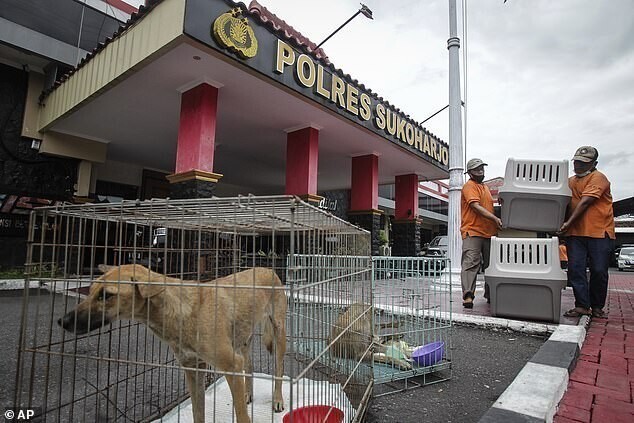 On the way back from vacation, the family stopped for lunch at a cafe. After dinner, they found a guest on the hood
ANIMALS 0 33 views

One day the deer entered the store, and then it also brought its children
ANIMALS 0 33 views

To tears! “Lance is a lion heart… I promised him that I would write a good, kind story about a little guinea pig with a hero’s heart…”
ANIMALS 0 33 views

The dog was barely walking on the icy road, it could not see where to go, and there was nowhere to go
ANIMALS 0 33 views

They were begging for salvation
ANIMALS 0 33 views